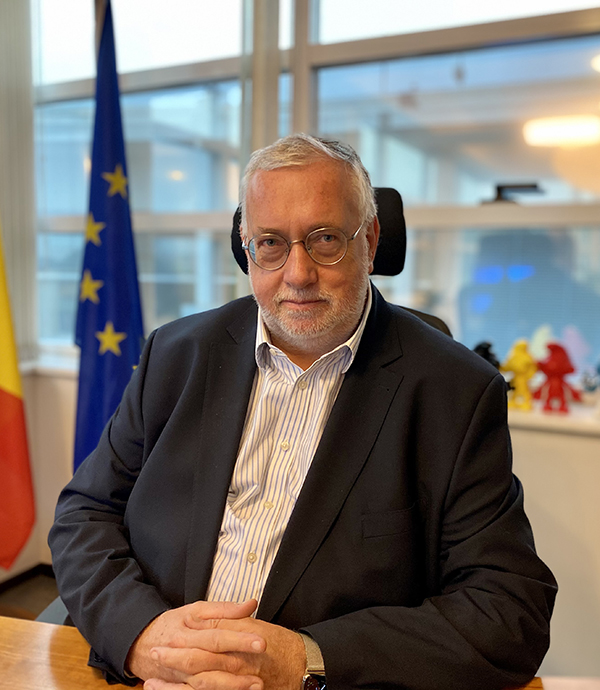 If international days mostly remain incognito, the International Day against the Use of Child Soldiers is particularly important in Uganda, especially a few days after the conviction of Dominic Ongwen.

This former LRA top commander, has been found guilty of 61 counts of war crimes and crimes against humanity including the forced conscription of children during armed conflict.

No need to run through the long list of his gruesome misdeeds to imagine their cruelty and the pain of the victims and their families. He is the first ever Ugandan standing trial before the International Criminal Court.

His case was brought before this Court in The Hague by the Ugandan authorities in 2004 to help them bring justice for the crimes of the LRA war.

Many victims and their families had been waiting for this judgement for years. Most of them have welcomed the decision with great relief. This trial and this long awaited judgement is of paramount importance for the victims who have suffered his crimes first-hand.

His conviction can’t be considered as an end, but should rather be seen as a first step to recognise their pain. We can’t turn a blind eye on what is still needed towards reconciliation in the region.

The international justice principles are based on accountability and criminal sanctions, which is quite different from the values of the traditional Acholi justice system (Mato Oput) based on forgiveness and social restoration. Moreover, the ICC being based far away in The Hague makes its justice little tangible for the victims.

Few voices call for at least partial amnesty based on the fact that he was abducted as a young boy, forced into violence and brainwashed to become a uncompromising LRA warrior.

Some also state that considering these extenuating circumstances might be a better way to contribute to the healing process.

However, the judges dismissed these considerations mainly because he had refused to come clean once an adult. He had kept on committing these offences and his behaviour was reported to be extremely violent even with nobody watching over his shoulder.

The Judges therefore ruled that there are no grounds that exclude the responsibility of Dominic Ongwen in the committed crimes.

No doubt these arguments will influence not only the sentence to be pronounced in the coming months but also the redress, reparations and compensations for the victims as well as the very sensitive question of the social reintegration of the former child soldiers who have been granted amnesty.

These diverging opinions among civil society, victims and experts raise many questions: What is the place of past inflictions in judging grown up child soldiers?

Dominic Ongwen was abducted when he was 14 and then rose through the rebel ranks to become one of their warlords.

Can a child, fallen into the hands of the rebels as a victim, be held accountable for these atrocities? How to deal with their guilt?

How can one judicial trial balance conflicting claims of victimhood (that of Ongwen vs that of his victims)?

This shows the complexity of judging a victim turned perpetrator, especially a child. A much needed healing process.

The above questions may never be solved once and for all, but the answer most certainly has to do with expanding our definition of justice in order to encompass more than its prosecutorial form.

Today, it seems obvious to condemn the use of child soldiers in conflicts. This has not always been the case though and many victims are still living proof here in the country.

Thousands of Ugandan former child soldiers have become adults now. Their scars are still deep, even after so many years. Dominic Ongwen and his fellow child soldiers are a stigma from the past in a post LRA Uganda.

He is the face of this disturbing phenomenon of recruiting, training and using child soldiers during those violent years.

Thanks to civil society organisations, an important peace and reconciliation process has been initiated in northern Uganda. Organisations like ‘Avocats Sans Frontières’ (ASF), funded inter alia by the Belgian government, work on bringing justice closer to the victims.

They do so by walking the victims and the population through the cumbersome procedures of national and international justice or simply by broadcasting the audiences of the trial on screens in the affected communities.

Thanks to their victim-based approach, they help internally displaced populations during the conflict recover their land rights or help victims claim reparations for example.

Other important actors in the healing process are the ‘Centre for Children in Vulnerable Situation’ (CCVS), set up by three Belgian universities to promote psychosocial well-being by providing psychotherapeutic support services to war-affected children, youth, their families and communities living in vulnerable situations ; and WAPA, the ‘War-Affected People’s Association’, which fights against the use of children in armed conflicts and supports their reintegration into a stronger community.

In the same vein, the new National Transitional Justice Policy adopted by Uganda in 2019 has to be welcomed.

In a nutshell, transitional justice is the response to systemic or widespread violations of human rights. It includes a range of processes and mechanisms aimed at ensuring accountability, serving justice and achieving reconciliation. It seeks recognition for victims and promotes possibilities for peace and democracy. All of these mechanisms are highly needed in post LRA Uganda.

As Nelson Mandela once said: “ True reconciliation does not consist in merely forgetting the past … reconciliation is a spiritual process which requires more than just a legal framework. It has to happen in the hearts and minds of people”.

Post LRA Uganda is now at a crossroads: mature enough to have a wise and moderate look at its past, a new pioneer in terms of international law and engaged in transitional justice.

May these conditions coincide to ensure a peaceful Uganda in the years to come.

ICC to give verdict in Dominic Ongwen trial next year

Report: Many Ugandans have embraced Bitcoin

The Ministry of Works and Transport has announced...