The Special Forces Command(SFC), an elite unit of the UPDF has unveiled a statue for President Museveni ahead of the 40th Tarehe Sita celebrations.

The Special Forces Command(SFC), an elite unit of the UPDF has unveiled a statue for President Museveni ahead of the 40th Tarehe Sita celebrations.

The function to unveil the statue erected at the SFC headquarters in Entebbe named after Museveni was presided over by the SFC commander, Lt.Gen.Muhoozi Kainerugaba but also witnessed by the Russian Defense Attaché to Uganda Col Alexander Grigoriev and his assistant Lt Col Tarasov on Friday afternoon.

“We are the first service of the UPDF to have a statue dedicated to our great leader and once again SFC is leading the way. Gen Yoweri Kaguta Museveni has never failed even one battle, he is ever a victorious General as Sun Tzu said,” Muhoozi said.

Muhoozi Kainerugaba who also doubles as the Senior Presidential Advisor on Special Operations asked other UPDF services to emulate the Special Forces Command to erect monuments for future reference by generations to come.

“Gen Yoweri Kaguta Museveni has been leading us to victory right from 1971 up to now, 50 years of exemplary leadership,” he said. 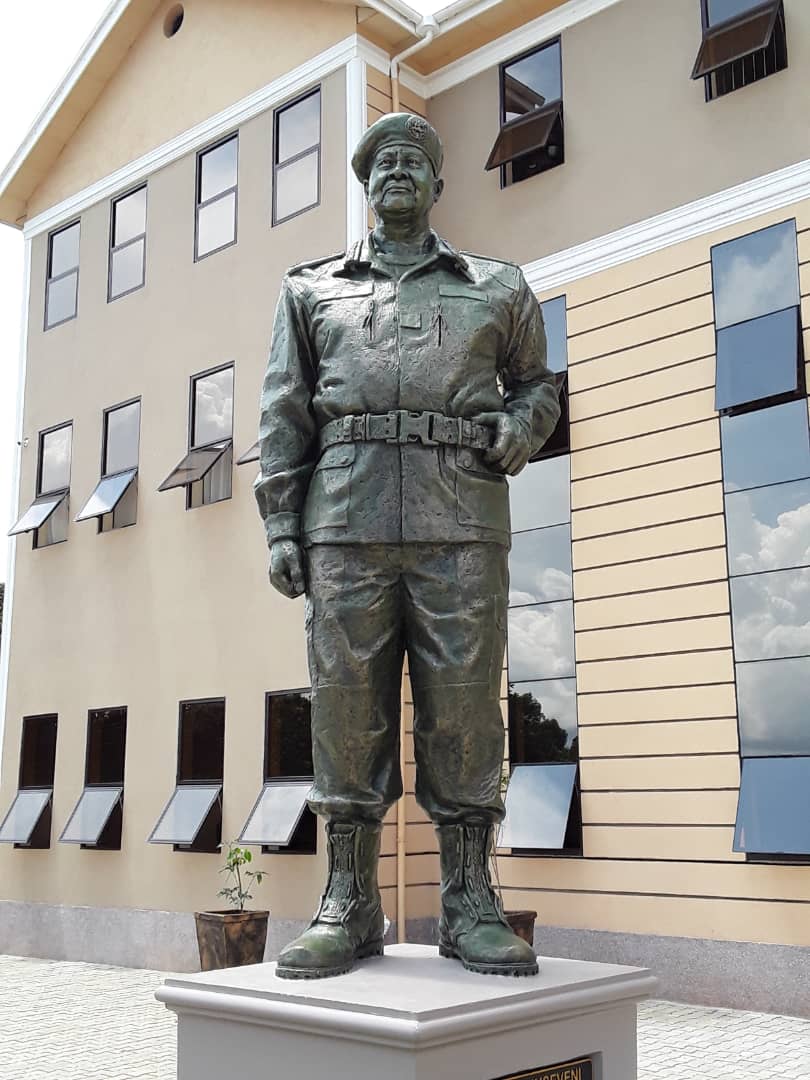 Gen Keinarugaba applauded the Russian Defence Attache’ to Uganda, Col Alexander Grigoriev for the special friendship between the two countries that he said will continue to flourish.

On Saturday, the UPDF will commemorate the 40th Tarehe Sita celebrations to mark 40 years when 40 combatants took to the Luweero bushes through the attack at Kabamba on this exact date to launch an epic five-year struggle that ushered the National Resistance Movement into power.

The attack on Kabamba led to the formation of the National Resistance Army which later metamorphosed into the current army, the Uganda People’s Defence Forces.

Tarehe Sita is therefore meant to celebrate the creation of the UPDF and this year’s celebrations will be held under the theme,” Celebrating UPDF at 40; fruits of a fulfilled partnership of maintaining and consolidating peoples’ security, stability and prosperity”.

Museveni awarded in the US

Ever received the "leave my man alone" phone...