NRM lost in Buganda because it lost touch with the wanainchi

Museveni casts the ballot during the January, 14 polls.(Photo by Kenneth Kazibwe) 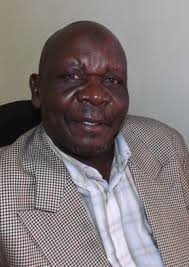 Now that Ugandans have chosen their leaders, I believe congratulations are in order, not only to the winners, but to all Ugandans who turned up in large numbers to vote peacefully.

Congratulations also go to the Uganda Electoral Commission (EC) and the security forces that worked hand in hand to ensure that Ugandans exercise their constitution rights without fear.

Special congratulations go to Gen. Yoweri Kaguta Museveni upon his re-election as the President of the Republic of Uganda.

Let the election results be a lesson to both winners and losers. To the losers, it is time to reflect on what went wrong and rectify it, so that you can do better in future.

To the winners, the electorate expects better service delivery. You have been chosen to serve not to eat. One of the reasons why a total of 26 ministers, including the vice president were rejected by the electorate was due to their failure to deliver services.

They lost touch with the wanainchi and turned public offices into private spaces. They resorted to eating instead of serving. They abandoned the president’s ongoing nationwide war against poverty and promoted their personal interests during the campaigns.

Their arrogance created a huge barrier between the wanainchi and the president’s office, leading to NRM’s poor performance in most parts of Buganda. The poor performance by both the President and NRM in Buganda should not be ignored or downplayed.

Buganda remains central to Uganda, as the largest and most influential region especially in regard to its historical and key role in shaping the politics of Ugandan. If Uganda was a person, Buganda would be the head.

I therefore call upon the president to ignore elements that are downplaying NRM’s poor performance in Buganda. NRM needs Buganda and Buganda needs NRM. There should therefore be concerted efforts to re-engage Buganda with the aim of covering the fault line that is developing between the two entities.

The success of this initiative will depend on who the President picks in his next cabinet. The president should also revive direct communication with wanainchi through the PIN initiative that used to be headed by Maj. Samuel Kamya Ssebyatika. Through PIN, it was easy for the wanainchi to meet or pass on key information to the President.

The channel was dropped after Hon. Karooro Okurut left the Security Ministry. This basically cut off the wanainchi from the president, denying him valuable information from the grass-root.

It is therefore not surprising that NRM performed poorly in areas like Luwero where it needed to do better or even win. Therefore, going forward, the president should seriously consider meeting grass root cadres directly as he used to do in the past whenever he visited a particular place.

He should also instruct the Security minister to revive and facilitate the PIN initiative. Many cadres and veterans are demoralised because some of his current handlers either deny them access or do not pass on their information to him.

The writer is a Senior Media Consultant. He can be reached on 077240904 [email protected]mail.com