Here’s 2020’s winners and losers in the entertainment industry

Winning is an attitude, and many of us carry it in our minds every single morning with intentions that when the year ends, we shall look back at it, wearing a huge smile, and laugh out loud for we accomplished our resolutions and looking forward for more. But unlike the previous years, Tweny Tweny wasn’t a leveled ground for many in the entertainment space, thus registering many on the list of winners, and throwing some on losers’ list.
Below are the winners and losers:
WINNERS
⦁ Eddy Kenzo for always rising higher even in troubles. When the COVID-19 lockdown was effected, the BET award winner was still in Ivory Coast and got stranded from there, but nevertherless, the songer soldiered on to record music, even when he had left behind ‘Tweyagale’ a song that has been topping the African music charts this year. The blessed singer was too recognized to sell Uganda as our Tourism Ambassador though I feel like the timing was wrong because we are in apolitical season and he had controversies with taking a political affiliations.
– Sauti Sol, for their Mightnight train virtual experience. The show garnered worth of 2 stadia viewers tuning in across the world, that’s roughly 950,000 people viewing, which constitutes to having two Nambole Stadium of people watching, the all boy group put up spirited performances and production were top-notch, and their 18-track album had incredible songs
⦁ Sheilah Gashumba. For stirring conversations around issues that many are afraid to talk about in the public domain. I recollect the 50K and cyberbullying stories which essentially sparked huge conversations in the media space, and in the office corridors, thus creating an impact in a sense that the message was passed onto the concerned. Sheila, together with her boyfriend, God’s Plan, she had a ‘plan’ to bounce back bigger and better after a failed TV career and per the script, the pencil-thin belle went on to host her fancy and high-end private parties in the late night of this locked city, minting a lot of money, and simultaneously positioning herself as the hottest and biggest socialite, at-least for now.
⦁ Kenya’s TikTok queen, Azziad Nasenya. If from nothing to something was a person, it’d be this young, prudent and bubbly dancer. For her, the lockdown was a blessing in disguise. Azziad proved to us that social media is a powerful tool, that’s if you use if for the right reasons. Doubtlessly, she’s a lesson to all upcoming entertainers that sometimes you don’t need platforms like TV to become star, right now has i write, she chargers not less than 100,000 Kshs, that’s if you want her to wiggle up her waist for two minutes of your song, she went platinum in the EA region that she started turning down TV deals for bigger deals, like being the Global Education Ambassador for Save Our Future, NGO.
⦁ Fezah Live, the technology and entertainment company redefined online concerts especially about the payment system for the online shows where fans could pay per view. It also gave a a tremendorous platform for our musicians to make a little buck in these hard times.
⦁ Club Beatz At Home, for the consistency with the online bi-weekly concerts, and great production courtsey of Fenon Records, and giving a platform to the big and most important the young talent who thrilled us with stupendous performances throughout this year. 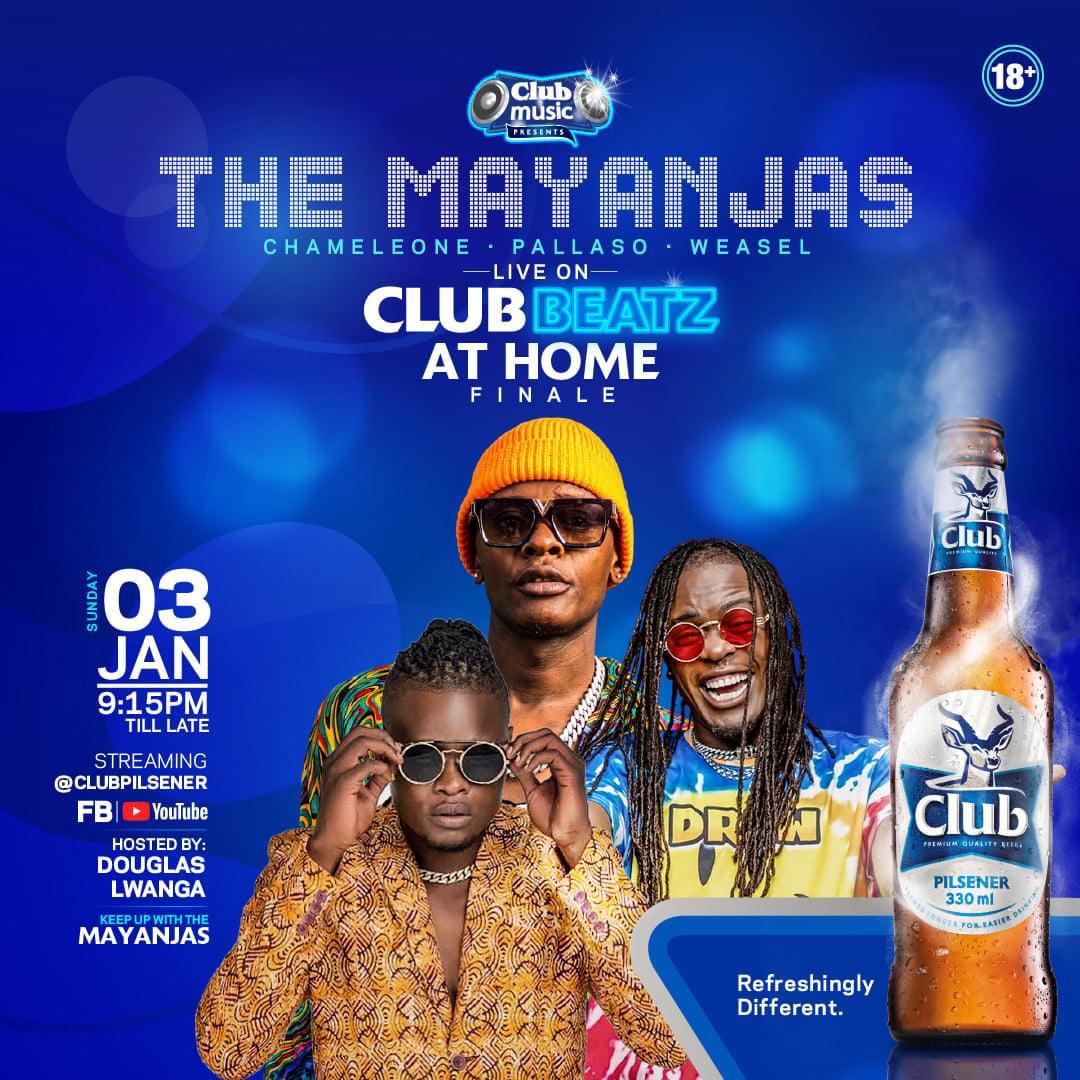 ⦁ In the comedy industry, the Bizonto and Emma Sebakigye (of those rib cracking, radio callers’ skits) were the ish. I applaud these comics for finding their footing thus prompting us to consume a lot of their content this year.
⦁ Hannington Bugingo, the president of the Uganda Comedians Association for standing together with his society of comedians in the trying times during lockdown and the arrest of the Bizonto.
– Alex Bagonza aka A Pass. This gentleman is two in one, a comic and a musician, and he certainly did put in some work in line with those talents. However, i laud him for pivoting himself a human rights activist, which saw him feature on big platforms like BBC, and i think he’s activism is what Uganda needs right now.
– James Onen aka Fat Boy, for rising after the humulation sacking at Sanyu FM. In the month of June, the shameless management of Sanyu FM got rid Fat Boy, a legendary host who was the heart of the listeners in a matter that was unproffesion but fortunately, the gentleman picked up himself and bounced back a big slot at RX Radio, an online urban station.
LOSERS
– Uganda Perfoming Rights Society (UPRS), for the way they handled the transition of the old to the new management. I was bugged to see incompetent people like Kaye Wisdom being appointed as a board member. And after learning of their infringemnet on the artistes’ privacy when they deliberatedly let NITA Uganda have full access their functional platforms, i knew these are the losers who’ve let the organization go to the dogs.
– Mc Kapale for uninformed attacks on Alex Muhangi. The troubled comic claimed that Alex Muhangi was responsible for the arrest of the Mighty Family’s member, Sam, only to be proved wrong. He also asserted that Muhangi stopped them performing political jokes at the Comedy Store and that he’s getting money from the state to stop them from perfroming political jokes, but forgetting that Alex Muhangi has given comedians a big platform to showcase their talent and earn from it, and it’s within his right to stop any potential nonsense that’d threathen his business.
– Sanyu FM, for the way they got rid of Fat Boy, a legendary radio host who has been loyal to the station and serve to his capacity for the over 15 years.
Tags: Bobi Winebugingoclub beatzJames Onenrobert kyagulanyisheilah gashumba

Bobi Wine: “Ssegirinya is in pain but his spirit is strong”

OPINION: Why the emergence of Besigye’s PFT, Bobi Wine silence has NRM scared