Elderly people in Iganga could not hide their joy as they received food relief from Hope for Change Africa as the year winds down.

The food relief distribution was spearheaded by Hope for Change Africa president Stacey Tibaaga and its founder Teven Kibumba. 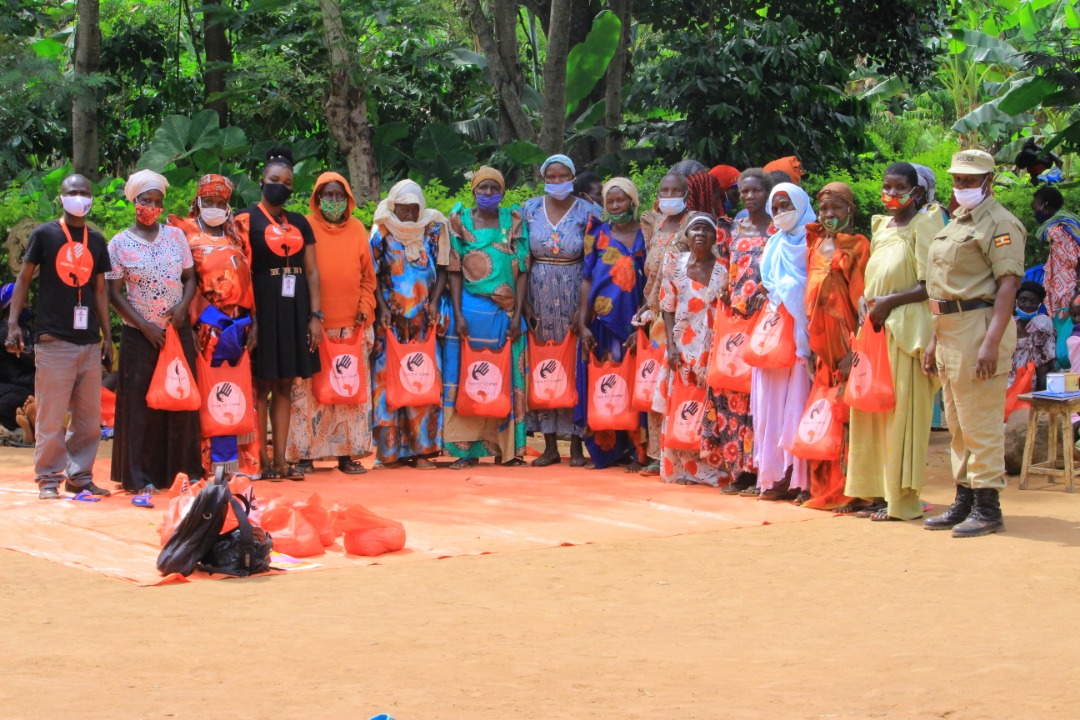 At least 100 elderly people from various villages were able to receive packages that included posh, rice, beans, soap among others.

Among the recipients was Irene Nabirye (83), a widow from Bulamga in Bulamagi sub county in Iganga district. Nabirye could not hold back tears of joy as she received five kilograms of rice, posho, soap and two kilograms of beans from Hope for Change Africa members. 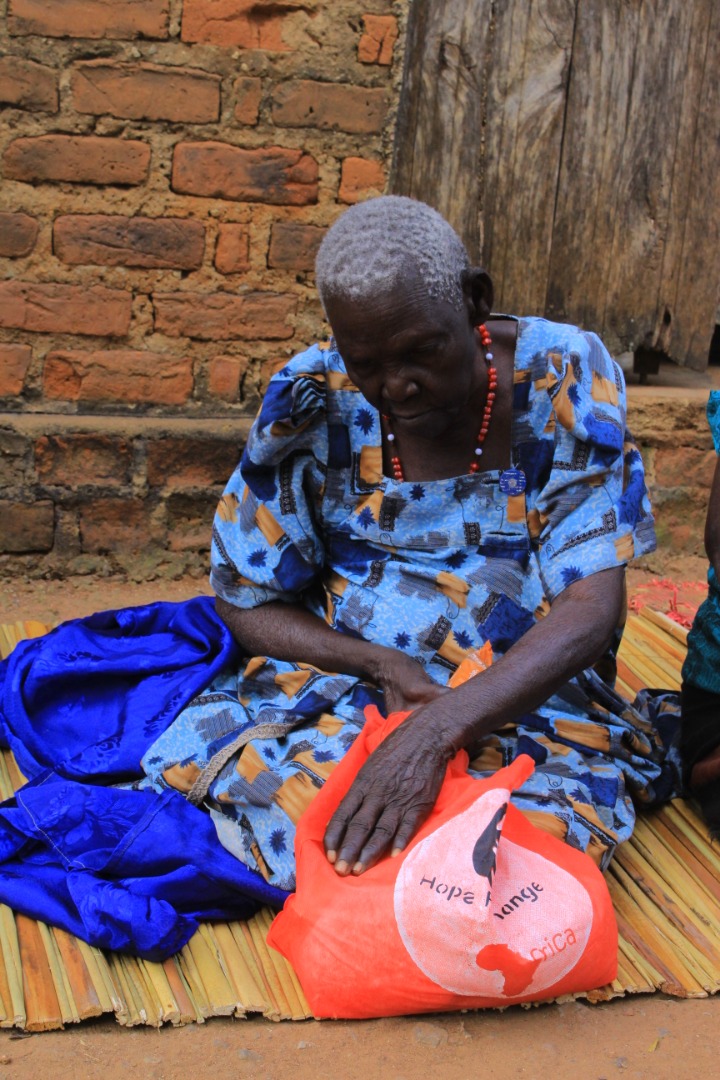 Nabirye revealed that since her youngest daughter died at the beginning of the year, she has been at the mercy of neighbours and well wishers who provide her with food.

Since she is taking care of 12 grandchildren left in her care by her sons, she often has to go without food herself. At the time of the donation, she had spent two days without eating any food to spare it for the children.

Several beneficiaries of Hope for Change Africa asked the Ugandan government to consider lowering the age for the elderly eligible to receive relief.

The LC one secretary for defense Bulamagi village, Mohamed Mpiya said ten other elderly persons in the same village are taking care of children who were abandoned by their sons since the COVID 19 lock down.

He said this situation was likely to cause insecurity as hungry, young people might resort to stealing food from neighbours’ gardens.

Hope for Change Africa executive director Teven Kibumba appealed to youth to stop saddling their elderly parents with more responsibilities of looking after their grandchildren. He said that if they have to, they should set up income generating activities that can help look after the children they leave with their elderly parents.

The charter president Hope For Change Africa, a local non-governmental organization involved in advocating for the rights of children and elderly persons, Stacey Tibaaga revealed that since the start of the year distributed over 30 tons of relief food, clothes ,shoes and other necessities to elderly persons hit by the COVID 19 lock down in Iganga district.

Tibaaga said the majority of the elderly need counselling just because they feel overwhelmed by the huge burden of looking after grandchildren.

She said most of the food and other donations are raised by members locally and internationally who have a big heart for people in desperate need of support.

The resident district commissioner Iganga, Eva Kwesiga who was the chief guest applied for more support from donors in dire need and at a great risk of starvation.

In Uganda, only 7.1% of elderly people have access to social security like pension. There is substantial evidence that the quality of life of the older persons has not improved over time especially those living in the villages. Many older persons still struggle with ailments, orphans and lack of basic resources with minimal help from the government.

Turkish Embassy, Yuasa give food packages to people with disabilities ahead of Iddi day

The Turkish Embassy in conjunction with Yuasa Investments Ltd have on Wednesday extended a helping hand to people with disabilities...

COVID donations from the public disappear in Cameroon