Bobi Wine promises to return mine profits to Mubende once elected

On Wednesday, Kyagulanyi made his entry into Buganda region with campaigns in Mubende, Mityana and Butambala amidst huge crowds and teargas from police. 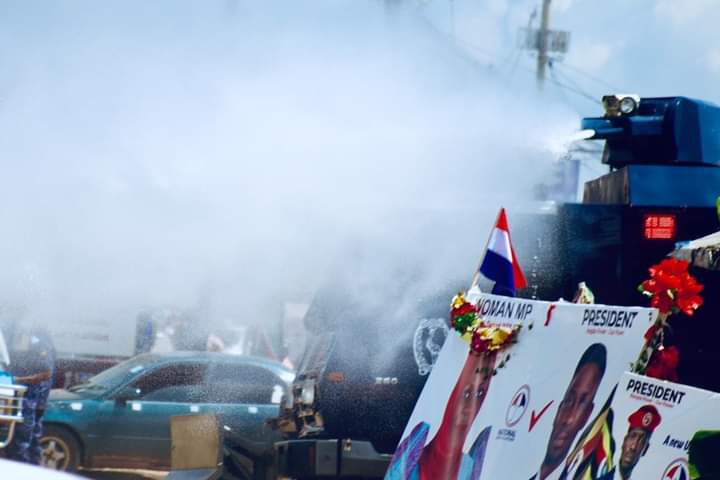 Despite the heavy deployment of security forces and police firing teargas, Kyagulanyi had a successful campaign in Kasenyi, Mubende District where he promised locals would benefit more from the mines in their area once voted into power.

“I know they have chased you away from the mines but I want you to know that power is in tour hands, just vote the umbrella,” Kyagulanyi said.

Kyagulanyi said that the mines are currently being controlled by outsiders but all this will change in a few weeks time if the people of Mubende usher in his presidency come 2021 general election.

Here the NUP presidential hopeful told locals that President Museveni’s leadership is on panic as the clock winds down to January 14, 2021 where he will be voted out of power.

On Thursday, Kyagulanyi is expected to campaign in his hometown Gomba and Sembabule.

Former independent presidential candidate in the January 14th elections Joseph Kabuleta has said that the opposition should not leave the...