Human rights organizations have submitted a letter to Google CEO Sundar Pichai asking Google to disregard the Ugandan government’s request to take down a number of YouTube channels.

The channels are allegedly linked to President Yoweri Museveni’s rival for the presidency Robert Kyagulanyi of National Unity Platform (NUP).

Speaking at press conference early this morning, the head legal at Unwanted Witness Allan Sempala questioned the timing and spirt of the request.

Sempala said they would rather the Ugandan government pursue its complaints through legal compliance processes that assesses the validity of its complaints. The complaints would be reviewed under relevant human rights standards, with the view to protect the Ugandan people and their rights. 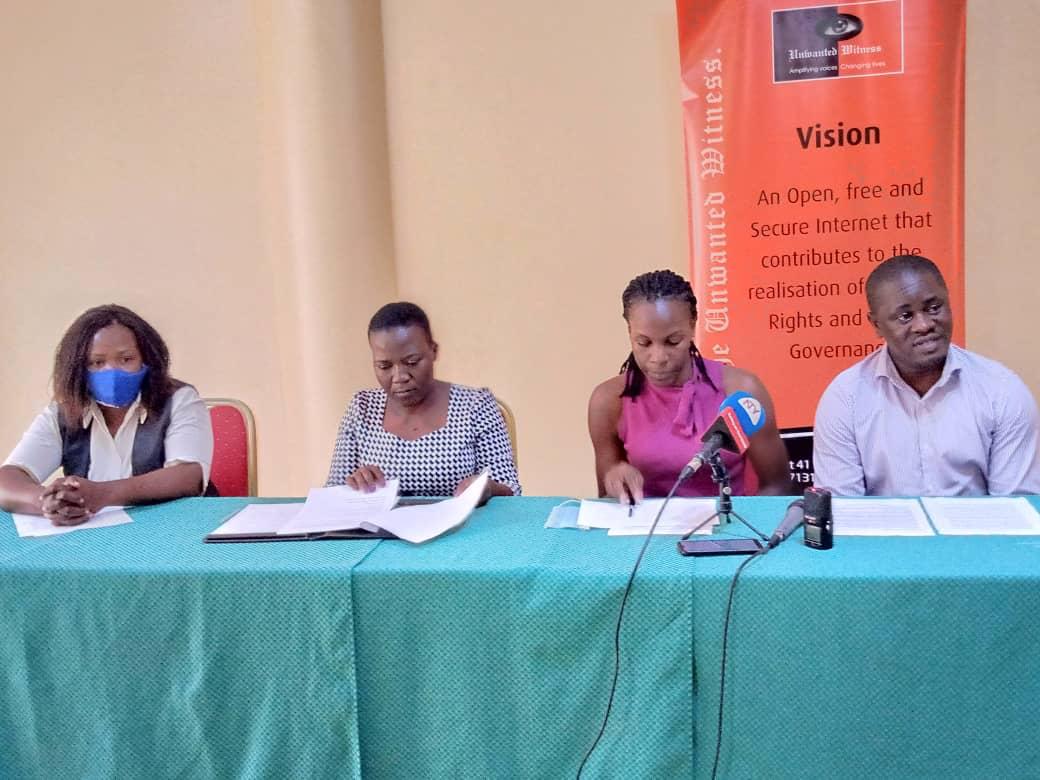 He said that the request to ban these YouTube channels violates rights and freedoms of conscience, expression, association and access to information guaranteed under article 19 of the universal declaration of human rights article 9 of the African charter on human and people’s rights and articles 20(1) 27(2), 29(1) and 43(1) of the constitution of the republic of Uganda.

He said that, “While we are aware that under international freedom of expression standards, blocking may be permitted by law , this measure should only be imposed by the court or other independent and impartial adjudicatory bodies.”

At the same function, Patricia Namakula noted that if Google doesn’t contest this request, it will have participated in a direct attack on freedom of expression and democracy ahead of the Uganda’s 2021 general election.

On 9th December, 2020 government through Uganda Communication Commission wrote a letter to Google requesting the company to block 14 YouTube channels for allegedly misrepresenting facts and events in a manner likes to mislead the public in Uganda.

The Appointments Committee of Parliament has vetted and approved the Chief of Defence Forces, Gen David Muhoozi as the new...