Many regime apologists, sycophants and demagogues have been promoting a narrative that huge crowds don’t automatically turn into votes. It’s true — but may not be the case with Robert Kyagulanyi aka Bobi Wine. And that’s why I think Museveni seems to be worried about them. He has restricted, harassed and intimidated Bobi Wine and his followers.

Most of the crowds are dominated by youth (20-35 years), and Uganda being a country with one of the youngest populations – still the dominant population is in that age range. So, you can precisely say that Uganda is represented in Bobi’s crowds. Those who are beyond fifty years can even be considered inconsequential if we are to go by votes.

In the past elections, most youth have not been turning up to vote because they found less interest in politics. They even never registered and paid no serious attention to matters related to politics. However, them being easily excitable, they have been attending political rallies just for fun. This usual pattern of events created an almost permanent perception that crowds don’t automatically turn into votes.

If there’s anything that Bobi Wine has achieved in his political career; it’s awakening youth to understand the power of their vote. He has done so through his revolutionary songs and speeches.

To ensure that his followers are eligible voters, Bobi launched a Ffuna-ndagamuntu-campaign for almost a year. When registration of voters was opened, he readily called upon his followers to go register and wait for polling day.

This means; Bobi Wine has huge crowds who are actually eligible voters and willing to go to the polling stations on 14th January. We all know that an overwhelming vote is extremely hard to rig.

Museveni is therefore tasked to find ways of suppressing voter turnout – if he’s to secure a good percentage. Overtime, he has been employing or even inspiring violence as his main tactic to suppress voter turnout. It was a bit easy because he dealt with a relatively low number of youths. Now that the country is likely to have the highest number of turnout in its history, how much violence is Museveni planning to inflict or sponsor?

The youth also seem to be prepared for an equally strong pushback. Mind you, most of these youth are unemployed and have all the time at their disposal. They can get to polling stations at 7am and leave at anytime in the night, without losing anything because they are unemployed most of the time. That also calls for sustained violence from Museveni. He must plan to either deter or sponsor constant violence across the entire country! 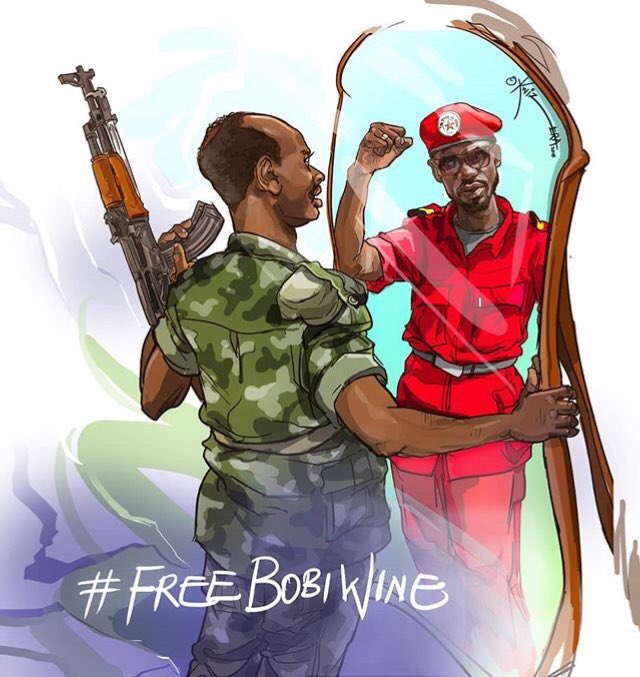 According to international policing standards of police to human ratio( 500:1); Uganda must be have a minimum of 80,000 police officers (assuming we have 40 million people) as opposed to around 43,000 which we have. Which means Museveni has to deploy a larger faction( than usual) of the army to equalise or even surpass the 80,000 mark.

Since Museveni is no longer making sense to the youth, he can hardly win them over by persuasion or even bribery. Thus, he must prepare to inflict the highest magnitude of violence than ever. We shall also see the highest level of deployment in Uganda’s election history.

Even besides crowds representing votes, they also show a huge sign of influence and power. People who initially believed that Bobi is only popular in Buganda, now believe otherwise, after seeing what has been happening in northern and Eastern Uganda. Indirectly, this influences other undecided and gullible voters to have a Kyagulanyi choice.

Unless the state seriously plays around with voter’s registers, Museveni is unlikely going to get 50% of the votes. Although I also don’t see any chances of a re-run.

I am not grooming my son to take over power from me, says Museveni

President Museveni has dismissed as untrue, reports that he is grooming his son, Lt Gen Muhoozi Kainerugaba who is also...