The National Payment Systems Act 2020 is a stitch in time 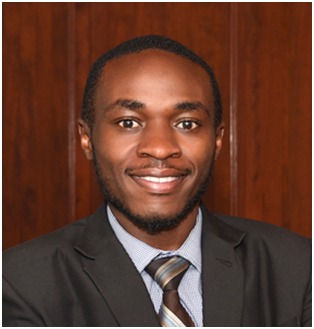 For over a decade, government had avoided the temptation to regulate FinTech in Uganda, a move that could have stifled the industry in its infancy had it been implemented.

“FinTech” is an acronym for technological innovations in the financial sector. Such innovations include those that facilitate payment from one person to another, transfer of funds, clearing and settlement of payment instructions, and data management, among others.

As a result of this informal regulatory “sandboxing”, the FinTech industry in Uganda had grown largely unabated, and it is fair to say that it now merits regulatory intervention in the interests of consumers, the financial sector, and the public at large. This is so when the significant importance of some FinTech solutions is considered.

For example, mobile money has phenomenally extended financial services to the previously unbanked or under banked populations, and thereby plays the crucial roles of intermediation and remittance which were hitherto a preserve of the traditional brick and mortar financial institutions.

Today, it is not an overstatement to say that the failure of mobile money would affect the ability of other services within the financial sector and the economy at large to perform.

In fact, any further delays in implementing a sound regulatory framework for FinTech would have flouted international standards to which Uganda subscribes such as the Core Principles for Systematically Important Payment Systems by the Bank for International Settlements (BIS).

The standards recommend among others that the legal basis for a payment system is critical to its overall soundness, and should typically consist of framework legislation, as well as specific laws, regulations and agreements. This along with the National Payment Systems Policy Framework which was approved by cabinet in December 2017, lay the context for the National Payment Systems Act, 2020.

From a macro-prudential perspective, the NPS Act is yet another tool of fostering financial sector stability and economic growth by preventing or containing systemic risk. This is because the law would promote the safety and efficiency of payment systems in Uganda.

This efficiency (it is hoped) should reverberate across the entire financial sector, and alleviate some of the bottlenecks currently faced such as infrastructural limitations leading to poor or no access to formal financial services among the majority of Ugandans.

The National Payment System consists of the aggregate of institutions, infrastructure, instruments, instructions, rules and procedures used to facilitate the circulation of money within the country and internationally.

The NPS ecosystem therefore involves providers of payment services, issuers of payment instruments, and the payment system operators such as telecom companies or Bank of Uganda.

Depending on the payment services being offered, a typical FinTech company would be operating off a system managed by Bank of Uganda or a private entity such as a telecom company or issuing a payment instrument like credit cards or mobile applications.

The Act imposes the requirement to obtain a license by any person who intends to operate a payment system, offer a payment service, or issue a payment instrument.

By this mere clause the law has swept all FinTech companies under the mandate of Bank of Uganda. In their swarms, they will have to obtain annual licenses, incur annual license fees, be answerable to and be subject to Bank of Uganda directives, and generally be a conduit through which the Bank is to achieve its statutory mandate.

In a 2015 speech at the national microfinance conference, the Governor of Bank of Uganda lamented that the dilemma for regulatory policy is that effective prudential regulation of a very large number of small, informal financial institutions is not feasible.

The NPS Act appears to have disregarded this view by vesting the growing plethora of FinTechsunto the Central Bank. There is a genuine fear that this will subject the industry to bureaucracy leading to inefficiency and high legal compliance costs which the majority of the players cannot afford.

For the players in this ecosystem, the NPS Act provides market certainty and direction as well as clarity as to the rules of engagement. However, the real winners here are customers.

The NPS Act encapsulates well thought out provisions for protection of consumer information, privacy and confidentiality, consumer redress or dispute resolution, supervisory and disciplinary oversight by Bank of Uganda, as well as the protection of customers’ funds from claims by creditors, among others.

Innovators are not left out either, as the Act establishes a formal framework for “regulatory sandboxes” to test a product within the NPS ecosystem but without license by the Central Bank. This innovation is supposed to be the response to the old adage that “Regulation kills Innovation”, by temporarily permitting innovators to test their innovations in a controlled environment.

To conclude, the hour is upon us and the time for reckoning is long past. FinTech companies have to grapple with the new regime and find a way to thrive therein. The best time to rave-up in this space is now before the new legal regime starts to be vigorously implemented.

In their nature, innovators are disruptors with the goal of finding efficient solutions to everyday problems, driven of course by passion.

As such I am confident that the industry will be in position to whip up a solution to allow them offer their solutions within the current regime, however unpalatable.

The author is a Banking & Finance expert with CymbellAdvocates

Formed mid last year, Cymbell Advocates, a law firm made up of four youthful partners and a number of associates...

Regulation of FinTechs in Uganda: Lessons for Bank of Uganda

I regret supporting Bobi Wine, I am now meeting ministers and the president- Singer Aganaga