The audit reports noted that Kiira Motors that there was a lot of money going through an individual identified as Arthur Asiimwe Tumusiime and a number of other colleagues.

According to the report, the company rared channeled money through its account, which was a dubious way of dealing.

The company also overpaid its rent, and instead of Shs83m, they paid Shs202m to a one Kamuhanda John.

All this happened as Kiira Motors made the promise that we would start producing cars by 2018 and later adjusted the date to 2021.

For a period of nine years, with all the funding, the country was only able to produce three cars, and later the company would be crying of underfunding.

By July 2021, Uganda is supposed to start serious manufacturing of vehicles through Kiira Motors, but that so far looks like a big dream to hold onto.

According to project managers Musasizi and Tickodri, the funding has failed the project to tick the right boxes, as the money comes late and when it does, there is a need to pay rent and salaries, hence putting the construction process at a halt.

The project was allocated a seed funding of $38.5million in a four-year phase, but only $12m was released, with the Parliament Committee on Science and Technology claiming they could not match funds with results.

The committee in 2019 also refused to make further allocations to Kiira Motors citing a lack of accountability from the management.

AG writes to Kiira EV over the illegal constitution of the board which out of the required 9 positions has stuck to only two members; Tickodri and Musasizi.

According to the report, the directors are responsible for ‘other information’ which includes financial statements, and the report noticed misstatements. 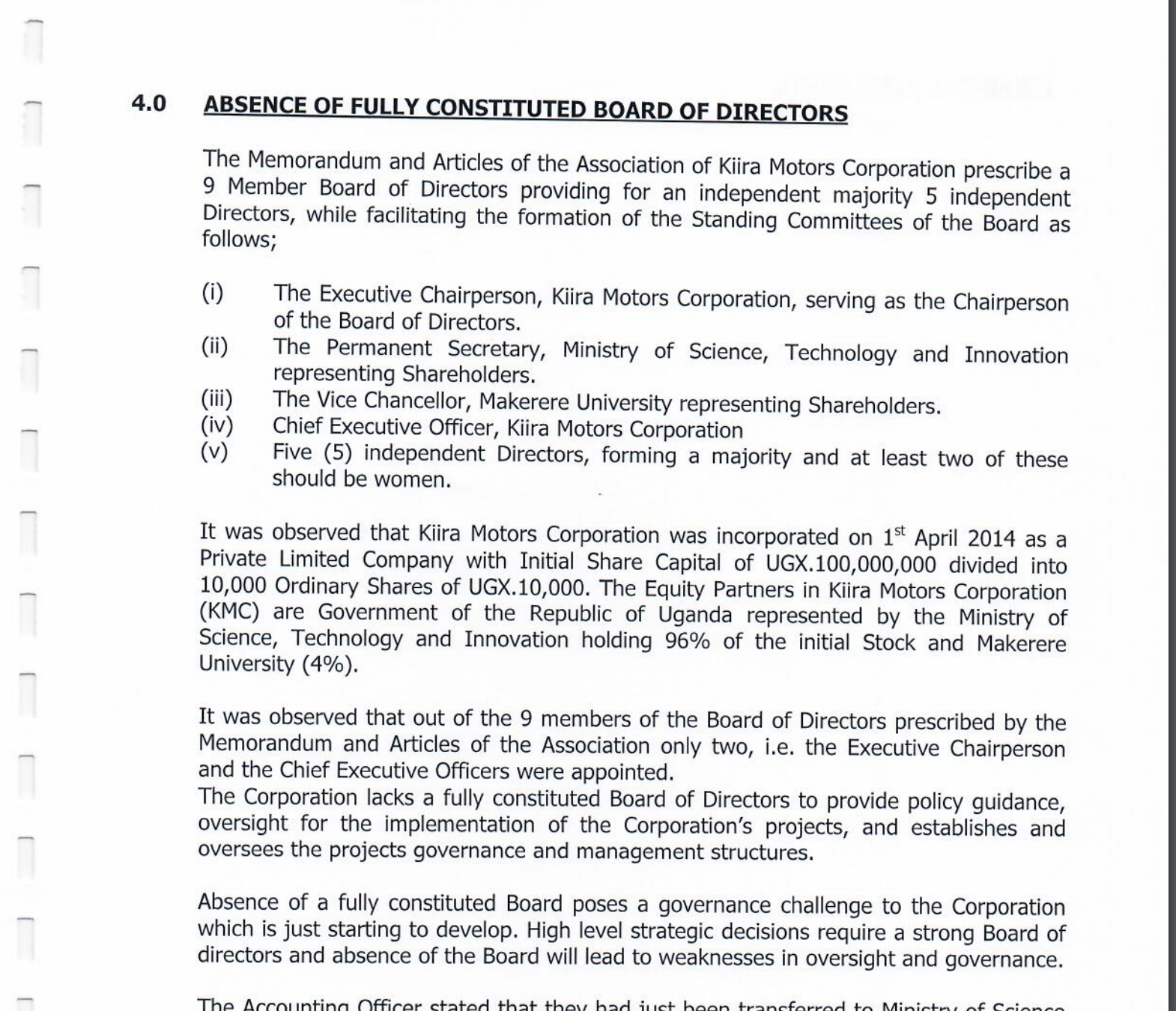 Kyadondo East Member of Parliament Robert Kyagulanyi also known as Bobi Wine is at it again. Like he did about...

All artistes joining Bobi had already failed in their careers, they will be worse off- Presidential Advisor

Bobi built firm foundation in DP’s compound, not his fault, they called him for a family meeting

Sseggona: Mao has not prepared DP for 2021 elections

EC’s Byabakama to NUP: “You have to follow the law”