Opinion: Ministry of Education directive on wages in private schools is illegal 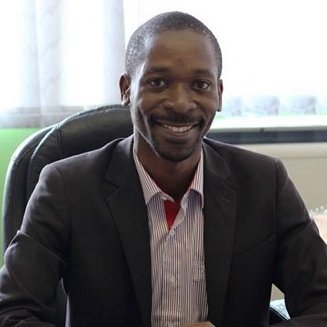 The ministry cited its guidelines for staff employment in private schools and institutions which provide, among others, that school management shall pay full-time staff during both school term and school holiday.

It argued that despite the forced closure of education institutions to combat Covid-19, private institutions are expected to have budgeted for wages for the entire school year.

From a legal perspective, the ministerial directive is illegal, irrational, and fundamentally unfair. Here is why.

First and foremost the directive is not an enforceable rule in law. Pursuant to section 57(d) of the Education (Preprimary, Primary and Post Primary) Act 2008, the minister of education and sports may, by statutory instrument, make regulations for the management and control of private schools. Clearly, the Act forbids the minister or her subordinates from using arbitrary letters, directives, guidelines, circulars, speeches, press statements or other documents by whatever name called to regulate the affairs of a private education institutions.

The ministry’s rule-making authority in relation to private schools can only be lawfully invoked by the education minister through a gazetted statutory instrument as defined in Part IV of the Interpretation Act.

It follows that in authoring and circulating the directive at issue, the permanent secretary not only usurped the rule-making powers exclusively vested in his line minister, but also failed to dress it up in the prescribed format. It is therefore blatantly illegal, null and void.

Secondly, even it were viewed as a matter of policy, the permanent secretary’s directive is plainly inconsistent with section 40(2)(a) the Employment Act 2006 and Article 26 of the Constitution. It is, to that extent, illegal, null and void.

Whereas under section 5(1)(n) of the Education Act 2008 the education ministry is responsible for development of management policies for private schools, this power must be exercised in accordance with existing laws such as the Employment Act 2006 and the Constitution. In other words the ministry’s policy- making authority in relation to private schools is neither absolute nor unqualified.

In relation to wages of teachers and other staff in private schools, the ministry’s policies must be consistent with Part V of the Employment Act 2006.

Section 40(2)(a) of the Employment Act 2006 releases an employer from the obligation to provide work and wages where the employment contract has been frustrated.

Frustration is a legal doctrine which describes a situation where contractual terms and obligations, such as the employer’s duty to provide work and the employees’ entitlement to wages, cannot be fulfilled due to an event not contemplated by the parties and to which neither contributed.

The public health measures invoked by government to combat the novel coronavirus pandemic starting on 18 March 2020 totally frustrated all employment contracts in the education sector which was deemed non-essential, except in the limited circumstances where some school owners were able to negotiate for the continuity of service by select staff or otherwise find alternative useful employment for the affected workers.

Schools may remain closed for a substantial period of time and employers may be unable to utilize the services of all teachers and other staff who were gainfully employed before the pandemic. Why should they be forced to continue providing remuneration to employees from whom they expect no work to done during this period of uncertainty?

Against this background the ministry’s policy directive, if we may call it that, unjustifiably ignores the doctrine of frustration of employment contracts and is tantamount to a hostile takeover of assets of private school owners to fulfill a populist agenda of government without prior payment of prompt and adequate compensation, contrary to Article 26 of the Constitution.

This must shock our conscience as a nation that is yet to heal from the wounds of President Idi Amin’s populist expropriation of Asian properties in 1972. Are we going to let history repeat itself?

Whereas the wage bill in some of these institutions is fulfilled through government grants and subventions drawn from the Consolidated Fund, private institutions do not enjoy this privilege.

The directive is therefore devoid of logic insofar as it purports to impose a one- size-fits-all approach to education financing which is not only impracticable, but also insulting to private school owners who must painstakingly mobilise operational funds from a limited range of sources and usually on very onerous terms and conditions.

Furthermore, the directive was disingenuously conceptualized and is intended to serve an extraneous purpose outside the mandate and capacity of the ministry of education and sports, namely, the provision of basic social security to workers whose services the government itself has deemed non-essential during this crisis.

While nearly all sectors of the economy have been hard-hit by the government’s brutal lockdown measures, a stimulus package is yet to be offered to school owners in the private sector to help them fulfill the government agenda of appeasing non-essential workers furloughed by the pandemic.

It is preposterous for government to insist that employers must convert their pre-pandemic wage budget allocations into an impromptu social security fund.

Why should our government force private sector employers to be compassionate towards furloughed employees yet in other African countries, for instance Kenya and south Africa, lockdown wages have been funded by the government?

In France, the government provided an economic stimulus of 24 billion euros to the private sector to ensure that employees continue to receive their salaries for at least two months during the lockdown. Belgium opted to cover up to 70% of the employee’s salary, and the United kingdom has so far injected 42 billion pounds into a Covid-19 job retention scheme.

The NRM government has been busy borrowing from the East and from the West, piling up the sovereign debt ostensibly to provide social security and stabilize the economy.

Trillions of shillings have been rapidly withdrawn from the national treasury ostensibly to serve the same purpose.

It is therefore extremely hurtful that government is trying to abdicate its overarching obligations by intimidating and harassing private sector employers to carry its water. Have we now resorted to governance by shakedown?

Contrary to established principles of good governance, the impugned directive was not preceded by fair and adequate consultation with the relevant stakeholders, and is therefore devoid of any legitimacy or legal force. It is a half-hearted knee-jerk reaction that should be treated with the contempt it deserves.

In sum, the state’s historical failure to take adequate steps for the progressive realization of the rights to disaster relief and basic social security for all, including unemployed Ugandans,

should not be used as an excuse to exploit and harass private sector employers during this crisis.

This article first appeared in The Observer, Wednesday, 3-9, 2020 Isaac

The Ministry of Education has withdrawn certificates for private schools asking all proprietors to register afresh ahead of the reopening...

Ministry releases schedule for opening schools, 3rd term for all ends in June