Why no one benefits from the 20% NSSF midterm payout 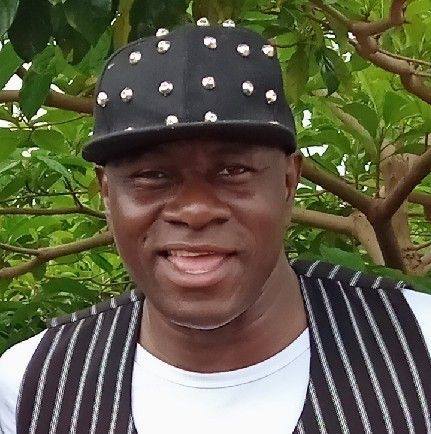 In the 1830s, the British Economist William Forster Lloyd wrote an essay in which he described a phenomenon he called the ‘tragedy of the commons.’

Simply put, if a shared/common resource (for example a lake) is excessively exploited for the benefit of a few people, the benefits enjoyed by the few would be short-lived and everyone would eventually lose (the fish stock would be depleted).

I think this could be applied to the ongoing discussion about midterm access to at least 20% of pension savings in NSSF for Covid-19 relief to members.

Supposing a member has Sh 30 million in savings; 20% of it would be Sh 6 million.

As we all know, this money can be easily ‘chewed’ without a trace within a few months.

However, at a conservative interest rate of 10% (NSSF has been paying higher than that), the Shs 6m would compound to Sh 16m in ten years!

What does this imply? It means that if a member takes out Sh 6 million today, he would forfeit Sh 10 million in interest earnings over a ten-year period.

Now with the proposed 20% payment running into the trillions, please do the Maths. When the Fund loses this kind of money, of course everyone loses.

But does the NSSF actually have the liquidity to dish out trillions of shillings in bailouts?

Yes of course, it must find it if it has to, as every faithful trustee.

But remember that NSSF holds long-term liabilities (70% of its members are below 35 years), so it must put those resources in long-term investments, so as to earn interest for all its members.

These investments include long-tenure Securities (Treasury Bonds), Equities (shares in profitable companies), and real estate properties such as estates and high-rise buildings.

So, if the Fund were forced to find the 20%, it must sell some of its long-term assets by liquidating its equities in listed companies or its real estate properties.

Of course that would mean finding buyers. But at a time of economic downturn in all countries including developed ones, where do you find buyers for your shares or estates for the price you wish to sell?

You see how everyone loses?

Alright, let’s suppose that NSSF must call (liquidate) its Treasury Bonds to raise the 20%.

Who will buy those bonds?

Most likely it will be commercial banks, which of course will use the cash they are supposed to lend to the private sector as business loans.

That means there will be no money to lend to businesses.

Those that are lucky would get loans at very high interest rates, which means there will be fewer jobs and less taxes and the prices of goods would rise and cause inflation, which will hurt everyone.

Finally, let’s suppose that NSSF eventually pays out the 20% in trillions as bailouts to members.

It’s easy to predict the result; there would be too much money in circulation chasing too few goods because of the low productivity in the economy due to the corona virus lockdown.

That is a recipe for spiraling inflation. Of course the Central bank will have no choice but to crank up monetary policy measures in a bid to mop up the ‘excess liquidity.’

Guess who will lose from those scenarios; everyone (perhaps except the banks)!

So, what is the best way forward for NSSF members who are evidently cash strapped?

I would propose a win-win solution. NSSF could be allowed to offer low-interest loans (at most 6%) to eligible members to be paid back in monthly installments over a period of two-three years.

Even better, the provident savings could be left intact and instead, the government provides low-interest loans (at most 6%) accessible through commercial banks, and to be paid back in two-three years.

The NSSF savings may be used as collateral, if necessary.

Lastly, the government could secure a concessional loan from donors such as the World Bank; to be disbursed to eligible citizens as micro loans through commercial banks, SACCOs, and investment clubs.

In summary, while everyone understands the financial squeeze that workers are going through, let’s pursue solutions that enable us to avoid Lloyd’s ‘tragedy of commons,’ which could spell even more disaster for a fragile economy already battered by the Covid-19 pandemic.

The writer is a business journalist

National Social Security Fund has won the five star award for the Africa and Arabia property awards for their real...

New board pledges to steer NSSF to greater heights

‘Uganda can only be transformed through patriotism not by foreigners’

Scores of people have been injured following a...

Ask Miss D: What can I do to satisfy my woman?