Although she has been on NBS KatchUp only since January 2020, Sheila Saltoft is today one of the most recognized faces on TV.Saltoft has been at the forefront of the late night TV battles that have captivated Ugandans since the country went into lockdown over the Coronavirus pandemic and she is not about to let up.

The camera loves her and clearly the feelings are reciprocated by the energetic show Saltoft puts on for it. She goes toe to toe with co-hosts Douglas Lwanga and MC Kats on the NBS TV production every Friday at 10pm.

This is not Saltoft’s first foray in the TV game. The Danish born TV star started out as a teen, did you know that? Let’s catch up.

Saltoft did not have any plan to work in the media, “I wanted to be a lawyer. I guess destiny had other plans for me.” 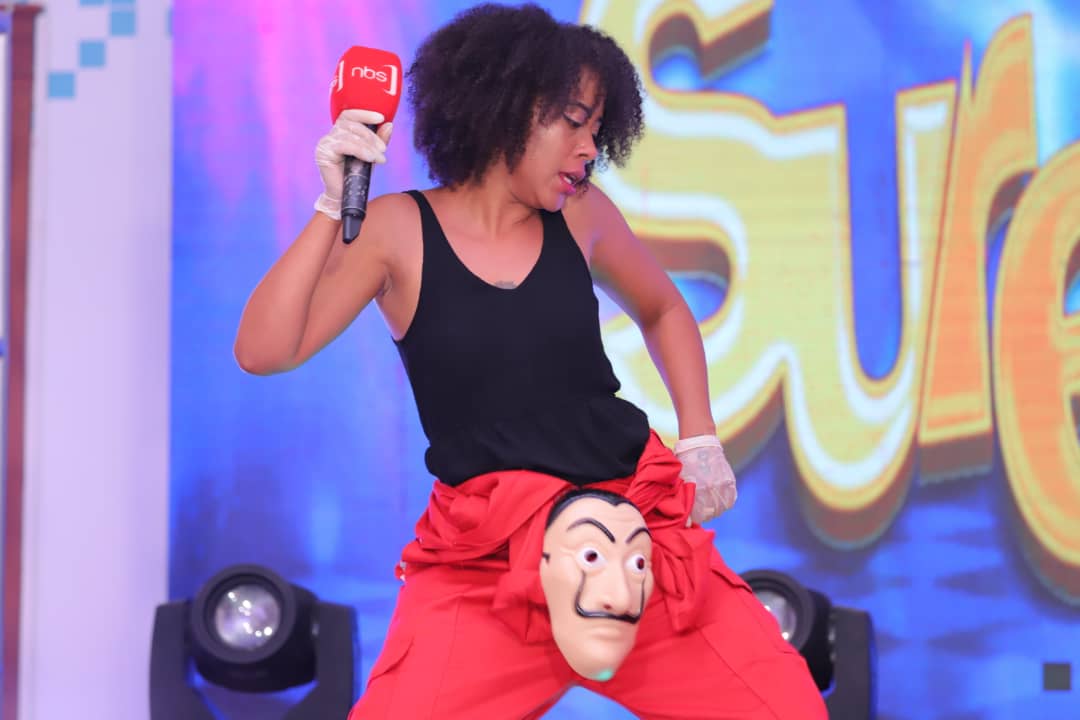 Watching her uninhibited performances on NBS KatchUp, that is a little hard to believe as she is the opposite of buttoned down, conservative lawyer types.

Instead at 13, Saltoft found herself living every Ugandan teens dream at the time with a job at the now defunct WBS Television’s teens show.

Saltoft says that her mother had a huge role in this as she connected her to the Gordon Wavamuno owned station.

“My mother had connections with one of the owners of WBS. She secured for me an interview, I did a screen test and the next thing you know I was on the WBS Teens Club.”

Saltoft has since appeared on several television platforms, hosted numerous events including the Buzz Teenz Awards, Club Mega Fest among others. She recently worked with Magic 1HD’s City Magazine and Urban TV before joining NBS Television where she currently works.

CHALLENGES OF THE TRADE

The lively and beautiful Saltoft admits that work in the television industry is not all glitz and glamour.

In an industry dominated by men, Saltoft says she has found herself on more than one occasion having to gently but firmly turn down advances.

She says, “Sexual harassment is real. Whether it’s direct or indirect, it happens but there is nothing I can’t handle. If you’re strong and confident, you will speak up and I do.”

In part, she thanks her seven year relationship with her boyfriend for grounding her and keeping her focused on the hustle. There is also the fact that Saltoft is a mother of one. She credits her responsibilities for keeping her grinding hard as a show host, emcee, brand ambassador and events organizer.

She maybe in a good place now but Saltoft has not forgotten the times when, “I have faced challenges of people not being professional when it comes to payment, I faced being undervalued and disrespected.”

TURNING UP AT KATCHUP

Those difficult times are why Saltoft grabs every chance she is on TV, or at a show, to enjoy herself to the fullest. 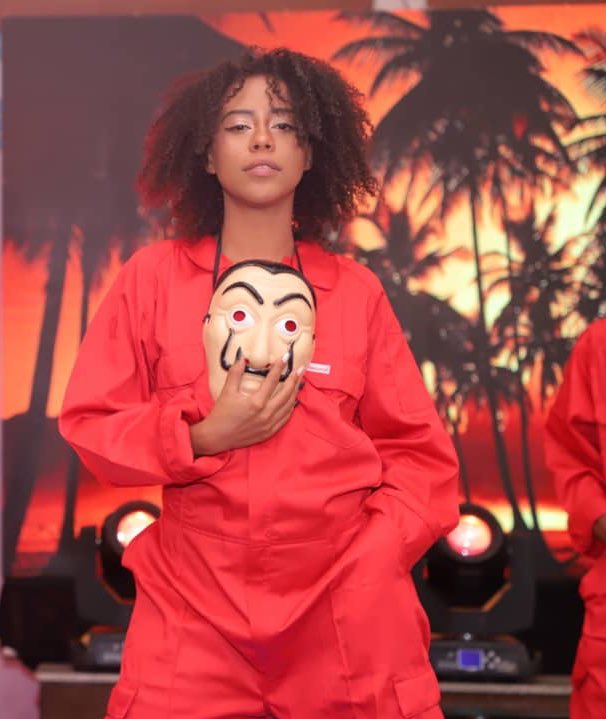 She does not take her fans or her fame for granted. Every drop of sweat is her way to tell them, ““I love you! Thank you for watching and supporting. It is always going to be a turn up.”

This is what she does every Friday at 10pm. This is what the NBS TV KatchUp team promises this Friday night.

Saturday night at Club Tavern Parking Lot was a refreshing dose of fun, excitement and energy for Masaka’s party animals...

Chameleone: Musically, Bebe Cool is not on my level, let him grow up (VIDEO)

Allow me to work for my children, singer Big Eye cries out

Opinion: Ashburg Katto is a big fish from a small pond

I met Museveni with very many People Power bigwigs, they will come out one by one- Comedian Salvador