by NP admin
in Business, News

Ugandan traders in imports have been encouraged to use the Dar es Salaam Port for efficient and reliable services. In July 2017, President John Magufuli unveiled the Dar es Salaam Maritime Gateway Project with the aim of overhauling the port’s infrastructure by 2023. The project has since seen a new multipurpose berth at Gerezani Creek, dredging of the port’s entrance channel and intermodal improvements to both rail and road linkages.

Uganda High Commissioner to Tanzania, Mr Richard Kabonero urged Ugandan traders to use the Port of Dar es Salam for businesses. He said the port has recorded improvements in its performance. In recent years, efforts have been made the address the challenges which were facing the business community from Uganda, like delayed cargo delivery, insecurity and the cost of transporting cargo. 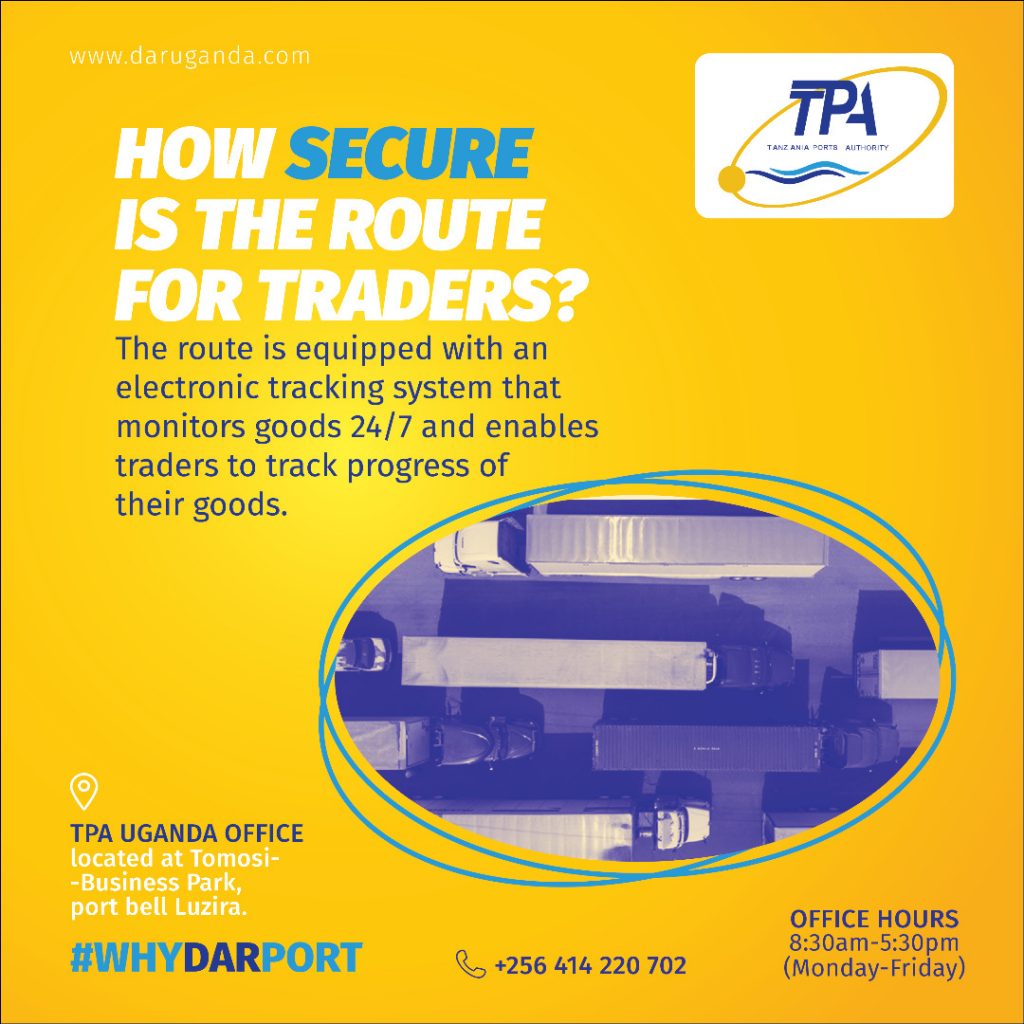 Traders who use the central corridor route also have the Uganda and Tanzania government’s commitment to ensure improved transport infrastructure so that traders in Uganda can conduct business in a cost effective environment. In order to achieve this goal, the Ugandan government embarked on developing a major port in Kampala and continues to improve its transport infrastructure in order to use the Central corridor effectively.

Uganda traffic on the central corridor has been increasing from 2016 when the port handled 165,919 tons which almost doubled in the following year to 271,957 metric tons due to efforts taken by the Government through the Ministry of Works, Transport and Communication in revamping the rail and lake transport between Mwanza and Kampala and the marketing efforts made by the Tanzania Transport Authority Management to woo Ugandan traders.

Dfcu Limited has released its 2019 consolidated financial results revealing a strong position having recorded a 21% growth in profitability...

Why your wife should not work in your business