Friday evening was an incredibly love-filled night for fans and lovers who thronged Hotel Africana to catch the dazzling smooth-voiced Rema live on stage. 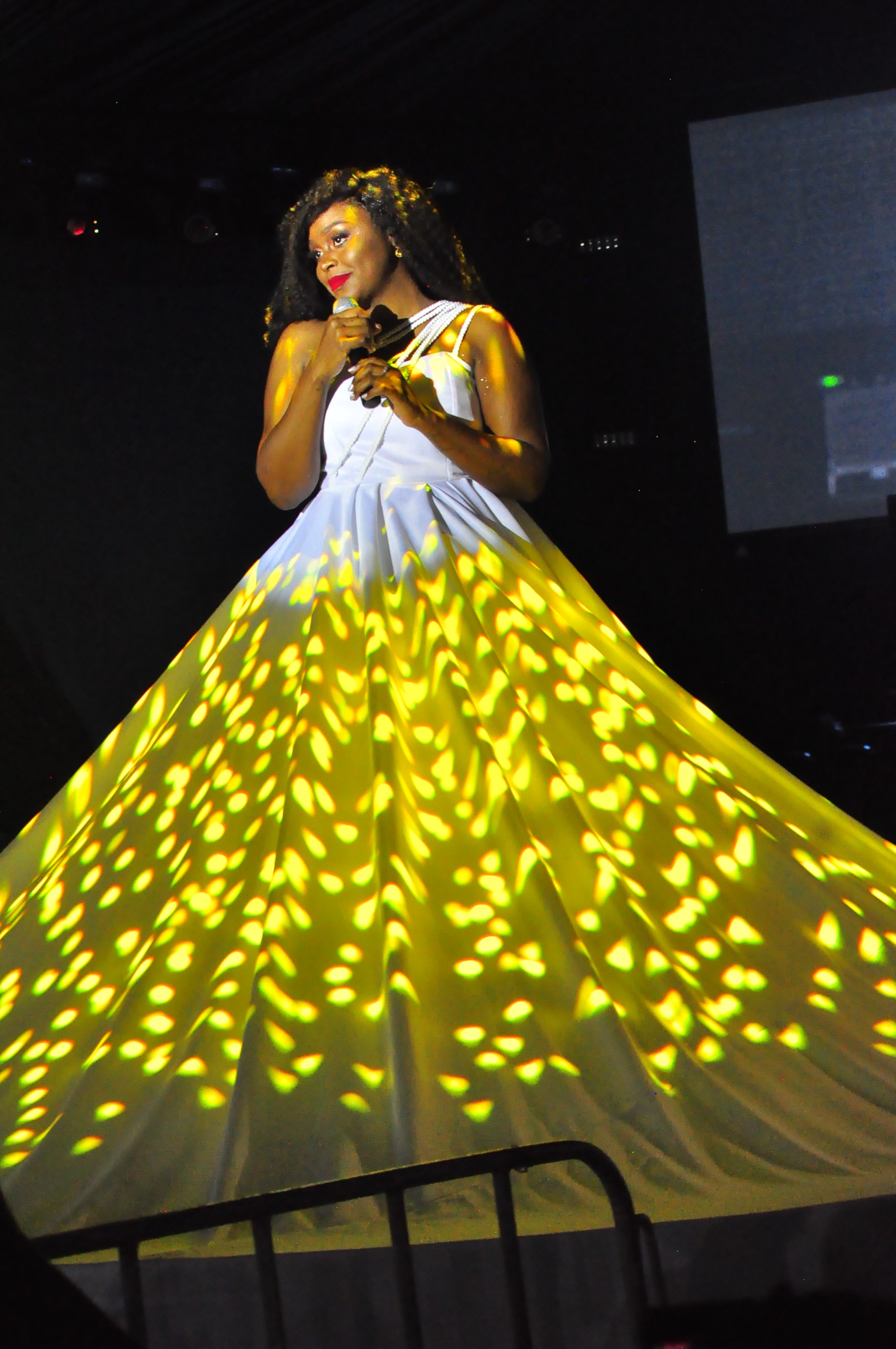 The “Sitaki” star showered her adoring fans with her popular love ballads that sent many into a heartwarming frenzy and owned the stage like the queen we all know her to be and serenaded fans for close to four hours of nonstop entertainment.

Rema, who looked sensational in a glittery orange outfit for the first part of her performance, did not disappoint. She had everyone captivated as she gracefully descended onto the stage seated in a hoop-like contraption, a grand entrance fitting for a queen. She began with a performance of “Fire tonight”, which set the tone assuring guests that the best was yet to come and surely the star had come fully prepared to wow her fans. She worked her way through a medley of her hit love songs like “Deep in love”, “Sibalaba” and “Atuuse’ with her breakthrough single “Oli Wange” sending lovers in the house over the moon with excitement as they got caught up in the beautiful love moments.

The highlight of the night came in as Rema performed her duet with “Yatonda” stars B2C clad in a blank tight fitting pantsuit and matching chains. The artists shared the stage effortlessly fully entertaining the crowd with their energetic performance “Gutujja” with Rema finishing off by thanking her fans for their unwavering support.

“I am truly grateful to all of you who have continued to support me and show me love with each and every step over the years. Thank you so much and I love you!” she said in emotion-tinged moment.

It was all any show-goer could have ever expected, as they were entertained to other performances from artists within Uganda’s music scene like Chris Evans, Ykee Benda who also kept lovers in the house entertained.

The concert, which was organised under KT Events, will also have the superstar perform at other locations with live shows on; February 15 in Mukono, February 16 in Masaka, February 22 and 23 in Mbarara and Lyantonde respectively. The tour will be capped with a final show on Women’s’ Day, March 8 here in Kampala.

Although she has been on NBS KatchUp only since January 2020, Sheila Saltoft is today one of the most recognized...

Chameleone: Musically, Bebe Cool is not on my level, let him grow up (VIDEO)

New cities to take over liabilities of Districts, barred from electing speakers, as government issues guidelines

“Poverty is killing us”, former RDCs cry out to Kadaga

Police and the military have deployed heavily in...

“FDC shall not unite with anybody ahead of 2021 elections”