The district executive committee of the Democratic Party in Masaka has suspended its deputy party secretary general Joseph Kasirye for alleged abuse of office.

The decision was reached after a meeting chaired by the DP district chairperson Fred Mukasa Mbidde who is also the national vice chairman of the party. The meeting was held at Agripa Hotel on Monday in Masaka.

Kasirye stands accused of misusing the party stamp and extorting money from aspiring candidates for political office through the party.

The suspension follows a January 14, 2020 letter by the DP Secretary General Dr Gerald Siranda that lists the complaints against Kasirye.

“The petition raises several complaints relating to misuse and abuse of office by Mr Kasirye being mentioned in allegations such as charging exorbitant amounts of money from the party candidates before he could officially append his signature and party branch stamp while signing off the nomination forms and that all those who did not have the said money were not endorsed by his office forcing party members to contest as independents,” the letter reads in part.

Siranda, in his letter, adds on that the allegations amount to the indiscipline of the member of the district executive committee (DEC) and as well undermines the reputation of the party.

“This can be solved under article 47(IV) where the DEC is mandated to carry out disciplinary actions to the members in question,” he said. 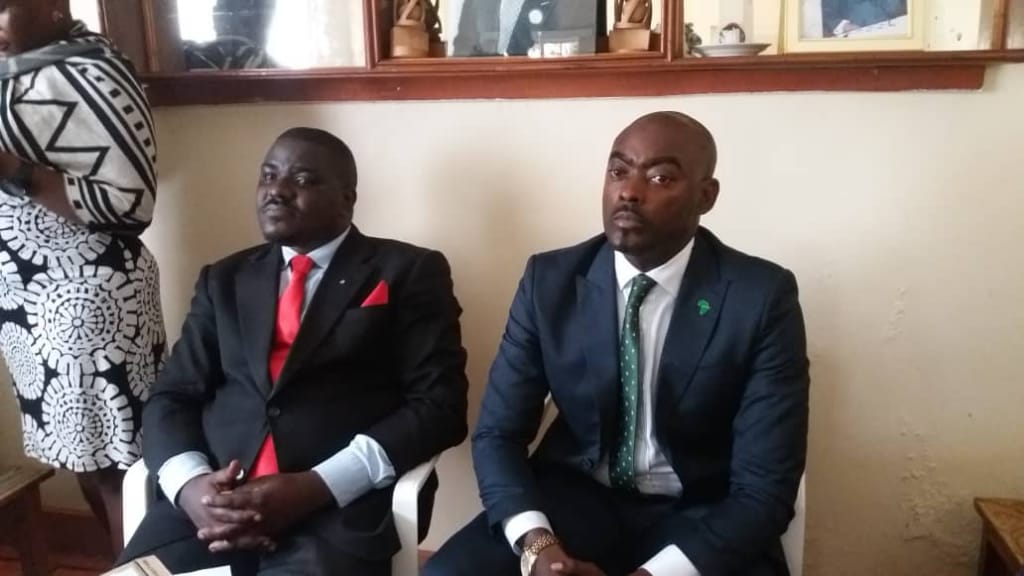 In the closed meeting where journalists were not allowed access, the committee set aside Kasirye as investigations into the matter are going on.

Mbidde later addressed journalists and informed them that Kasirye has been suspended by the executive committee and he will either bounce back in office or be replaced depending on the results of investigations.

“We have implored Kasirye to be aside until we conclude our investigations as per article 79 of the party constitution” Mbidde said.

Kasirye’s suspension comes after the Masaka Municipality youth councillor Rogers Bacca petitioned the office of the DP national executive committee complaining about the conduct of the office of the secretary general in Masaka.

However, the suspended members have vowed not to leave their office accusing Mbidde for incompetence and running the party to suit individual interests.

“Masaka DP office belongs to me, how I will vacate the office when I hired it myself and have been paying my own money to run it including other party activities,” he noted.

Meanwhile, the embattled Innocent Kateregga also said that Dp members are advancing to convene a meeting on Friday 31 which is intended to suspend their Masaka DP chairman because he has shown himself to be against party structures.

Over 50 arrested in joint operation by Police, ISO in Kampala

Over 50 arrested in joint operation by Police, ISO in Kampala