If you have keenly followed Kyadondo East Member of Parliament and singer Robert Kyagulanyi Sentamu alias Bobi Wine especially in the last one year, then you have seen Shamim Malende, the only woman on Bobi Wine’s legal team. Jonah Kirabo caught up with her to find out what sets her soul on fire and now writes.

Born in December 1986 to Alhajj Jamal Ahmed Sebuta Malende, a legal consultant, and Jane Francis Nasunna, a professional teacher in Kawempe, Kampala district, Shamim Malende is a lawyer by profession.

She tells me that she currently operates her own law firm named ‘Malende and Company Advocates’ in Kampala. She was appointed as the Commissioner of Oaths in 2014 and as a Notary Public in 2016.

Malende describes her self as “ethical, self driven, reliable and trusts God above all.”

How she met Bobi Wine

Asked on how she met with Bobi Wine, Malende says that she used to do her own pro-bono work (free legal services) for people who get arrested until this one specific occasion after representing a People Power supporter in court when Bobi Wine’s brother, Nyanzi Fred Sentamu commonly known as Chairman Nyanzi approached her.

“Chairman Nyanzi approached me and requested if I could meet Bobi Wine so as to join People Power legal team. I was introduced to Bobi Wine who later introduced me to head lawyers Asuman Basalirwa, Benjamin Katana and I started working with them. I joined as a legal representative of oppressed People Power supporters that face arrests. I was later appointed head of legal for the People Power Women League,” Malende says.

Malende says that she chose to do political advocacy because she always wanted to fight against injustice in society. She is quick to add that she chose People Power because of its ‘inclusiveness without bias on political parties, the unity in diversity, politics of forgiveness’ among others.

Malende says that she has since handled 100 cases in 2019 alone.

Notably among the pending cases she is handling is the infamous Bobi Wine’s Over The Top (OTT) case at Buganda Road, Bajjo’s case of offensive communication at Buganda Road Court and Bajjo-Abtex on Bobi Wine’s concerts case at the High Court in Kampala. 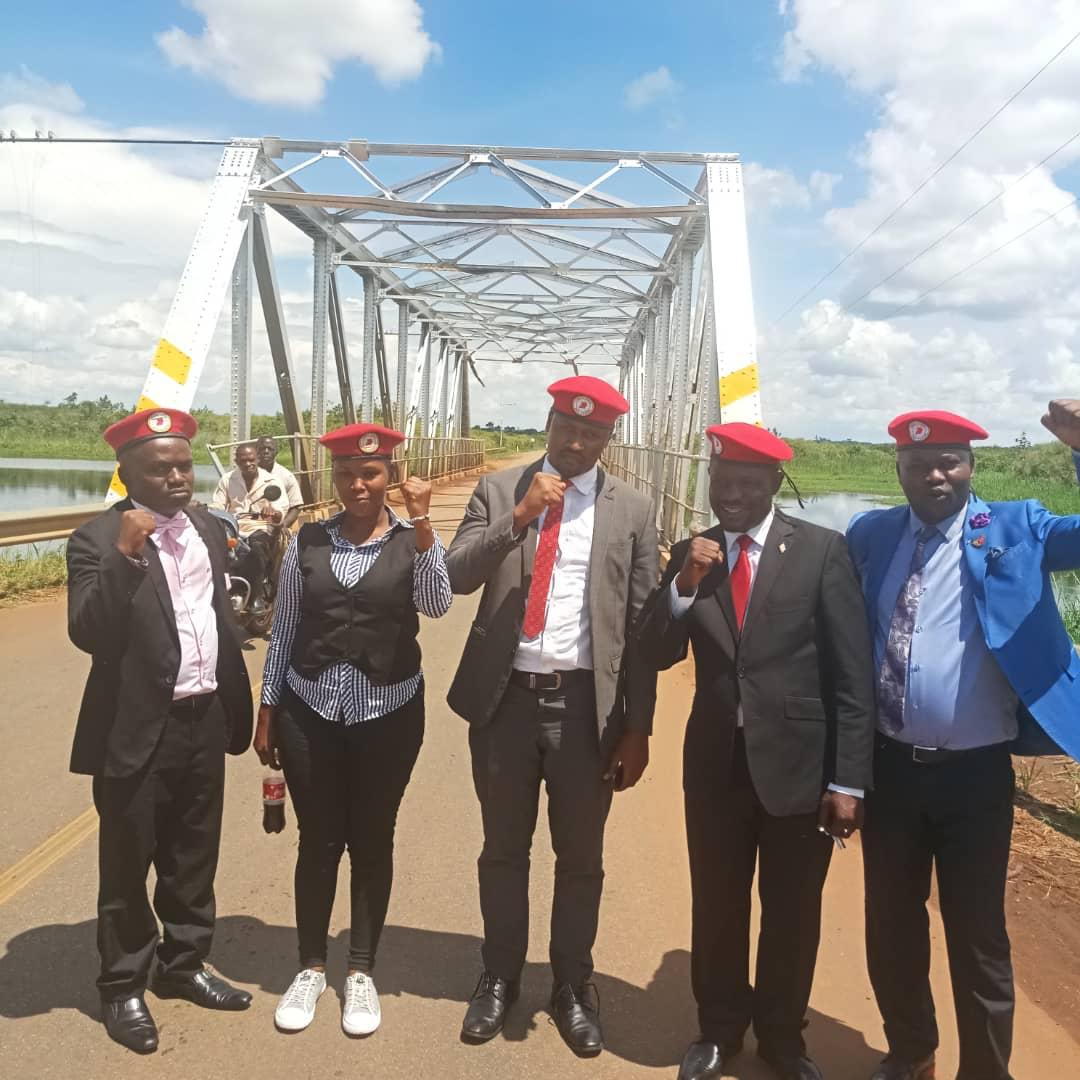 This year, Malende is handling the case where People Power spokesperson Joel Ssenyonyi and 26 others were arrested following the foiled presidential bid consultations in Gayaza. Malende, together with Counsel Basalirwa, Merdard Segona and Katana secured their release on police bond.

Malende says that becoming a lawyer was her dream growing up. She adds successfully completing 25 cases, getting court bail for all the 65 accused and police bonds for 10 suspects to her ever growing list of achievements in her growing legal career.

Like any other career however, it’s not all milk and honey for Malende who faces a number of challenges while doing her job.

“I have a number of challenges, very many but intimidation by the state operatives is key,” Malende says.

Malende explains that she allocates time for work and family and doesn’t let one overwhelm the other.

“The most important thing is to manage and keep time for home, work politics, parents and family. I allocate time. I don’t carry politics home unless I am seeking guidance or advice,” Malende says.

She spends her free time doing community sensitization, attending religious gatherings or listening to local music, reading and self-evaluating herself.

Malende completed her Primary Leaving Examinations in 1994 at Busaale Church of Uganda Primary School in Kayunga. She sat her O’level in 1998 at Buziga Islamic Theological Institute in Bbunga, A’ Llevel in 2000 at Aisha Girls High School in Mbarara. She was the best student in the Western Region and among the top ten in the country after scoring AAAA and joined Makerere University for a Bachelors of Law on government sponsorship.

Malende completed her first law degree (LLB) in 2005. She finished her Post Graduate diploma in Legal Practice at the Law Development Center (LDC) in 2006 and entered on the roll of advocates in 2008.

Although her parents were relatively well off, she did not indulge in luxuries while growing up. Her parents ensured she had the basics and worked on instilling in her self reliance and ability to relate and work with people from a variety of backgrounds.

Malende has political ambitions to contest as a Woman Member of Parliament for Kampala District in 2021. She adds whether she gets the office or not, she will continue to pursue the cause for justice for the people.

Singer Rema Namakula’s husband Hamza Sebunya has warned social media trolls and media to stay away from their relationship. Ssebunya...