Iran may have accidentally shot down passenger jet

U.S. President Donald Trump is publicly voicing suspicion that Iran may have accidentally shot down a Ukrainian airliner.

“Somebody could have made a mistake on the other side,” said Trump of Ukraine International Airlines Flight 752. “Some people say it was mechanical. Personally, I don’t think that’s even a question.”

Iranian officials have maintained the Boeing 737-800, at an altitude of 2,400 meters, suffered a catastrophic engine failure early Wednesday (local time). All 176 people on board the plane bound for Kyiv died, including 63 Canadians.

S.A MOUSAVI@SAMOUSAVI9
Investigations on the cause of the Ukrainian plane crash have launched based on Int. standards & ICAO regulations; Ukraine and Boeing have been invited- as the owner & the manufacturer- to take part in it. We appreciate any country who can provide info to the Committee in charge. 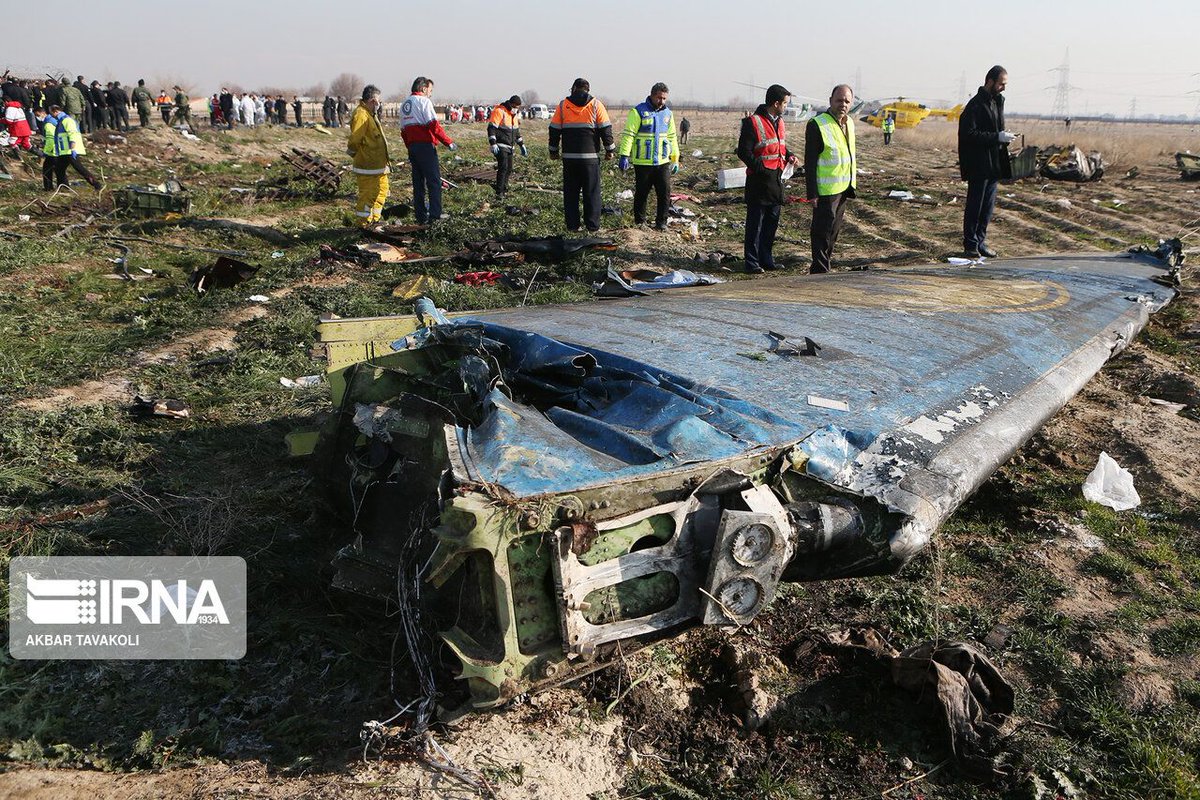 165 people are talking about this

But government sources tell VOA that U.S. officials have examined satellite data and imagery leading them to believe the airliner, just after taking off from Tehran, was hit by a Russian-made surface-to-air missile after being targeted accidentally.

A U.S. official confirmed to VOA that he is “confident” the plane was shot down by Iran.

“At some point they’ll release the black box. Ideally, they’ll get it to Boeing” [the U.S. company that built the 737-800 airliner], added President Trump in remarks to reporters in the White House Roosevelt Room on Thursday.

Video of the aircraft shows it breaking up in the air in a fireball over Iran.

The head of Iran’s of Civil Aviation Organization denies the plane could have been hit by a missile.

“Scientifically, it is impossible that a missile hit the Ukrainian plane and such rumors are illogical,” ISNA quoted Ali Abedzadeh as saying.

The governments of Ukraine and Canada are not accepting the initial assessment by Iran that the cause of the crash appeared to be a mechanical issue.

Citing what he called “intelligence from multiple sources,” Canadian Prime Minister Justin Trudeau told a news conference on Thursday that “the intelligence indicates that the plane was shot down by an Iranian surface-to-air missile.”

Trudeau added, “This may well have been unintentional.”

Oleksiy Danilov, secretary of Ukraine’s Security Council, said there were several working theories regarding the crash, including a missile strike.“

A strike by a missile, possibly a Tor missile system, is among the main [theories], as information has surfaced on the internet about elements of a missile being found near the site of the crash,” he told reporters.

In Britain, Downing Street told reporters it is looking into “very concerning” reports the plane had been struck by a surface-to-air missile.

Following a phone call Thursday between British Prime Minister Boris Johnson and Ukraine President Volodymyr Zelenskiy, Downing Street said there needs to be “a full credible and transparent investigation in what happened.” But British officials added that they did not think the downing of the jet was intentional.

The global security risk company IHS Markit issued a briefing Thursday claiming that the UAL flight was hit by an SA-15 missile fired by a unit of Iran’s Islamic Revolutionary Guard Corps.

Ukraine’s deputy foreign minister, who was attending a U.N. Security Council meeting in New York Thursday, said his government has sent a team of experts who are on the ground in Iran, working with their Iranian counterparts to sift through the crash debris for evidence of the cause.

“Our priority is that all the pieces of information should be collected and preserved,” Sergiy Kyslytsya told a small group of reporters. “On the black boxes, there are rules and they should be followed, and I am looking forward to the full cooperation of Iran — it is in their best interest.”

He discouraged speculation and conspiracy theories, saying they would hurt the families of the victims.

“My other concern is that the international protocols, conventions and regulations should be duly implemented when it comes to the investigation,” said Ukraine’s deputy foreign minister.

Investigators in Iran said the voice and data recorders from the Boeing 737 aircraft, built in 2016, were recovered from the crash site, a swathe of farmland on the outskirts of the Iranian capital, but that the so-called “black boxes” were damaged and some data had been lost.

“I hope the Iranians will work with us and provide us with the black box,” U.S. Senator Chris Van Hollen, said on MSNBC, calling for the Trump administration to grant exemptions to the sanctions law so Boeing investigators from the United States could travel to Iran to cooperate with investigators there.

The U.S. National Transportation Safety Board typically participates in investigations of overseas air crashes when a U.S. airline or plane manufacturer is involved. But given the heightened tensions between Washington and Tehran, and the fact that the two sides have no diplomatic relations, it is uncertain whether the NTSB or Boeing would be involved in the investigation of the UIA crash.

In a statement sent to VOA’s Ukrainian Service, the NTSB said it was “monitoring developments surrounding the crash of UIA flight 752” and was “following its standard procedures” for international aviation accident investigations.

“As part of its usual procedures, the NTSB is working with the State Department and other agencies to determine the best course of action,” it said.

The Convention on International Civil Aviation, to which Iran is a signatory, does not require Tehran to hand over the data recorders to the NTSB or Boeing, Andriy Guck, a Ukraine-based attorney and aviation expert, said.

“There is a duty to investigate,” Guck told VOA’s Ukrainian Service in a phone conversation. “Iran can decide to investigate the black boxes by itself or transfer them to a foreign laboratory. But if the Iranians do not allow anyone else to participate in the examination of the boxes, it will raise doubts about their investigation.”

The US plane manufacturer Boeing has recommended grounding dozens of its 777 aircraft around the world after one of the...

180 dead after plane crashes in Iran