by Ernest Bazanye
in Featured, Opinions

Some of the phones being assembled at Namanve.

When I heard that President Yoweri Museveni had commissioned a Ugandan phone assembly plant last week, I immediately yanked off my pink beret (because I am not entirely committed to People Power, so I have been wearing the half-measure symbols) and re-appointed myself presidential advisor. My country needs me to give valuable tips on what a Ugandan-made phone should be like.

We don’t want you guys assembling phones which don’t reflect the culture. So here we go.

First and very important– It has to be completely hands-free. Do not include the capacity to operate it hands-to-head.

An endemic problem with you compatriots of mine is 97% of Ugandan phone use occurs when you are driving, according to statistics forwarded by my research team who looked at Kira Road and filed a report.

What they saw was not only Ugandans driving, but Ugandans, simultaneously, talking.

It is the fault of the Western Industrial Capitalist Neo-imperialist system that after a Ugandan pays for a car, pays for fuel, pays relevant brib- I mean third party insurance costs, said Ugandan doesn’t have enough money left over for a hands-free set that he/she can use to drive without talking to Merida while moving.

“Hello? Merida? Yeah. Look, I can’t talk right now, I’m driving… what? Who? … You are joking! They cut them off? … But this guy… We told him the difference between circumcision and vasectomy… we should have been telling him the difference between vasectomy and castration… But wait. How did you know they were removed? Did you see? … What? Mbu the way he walks nowadays? Nawe Merida tell the truth…”

And twenty minutes, and twenty narrow misses of schoolkids who don’t have pavements and therefore have to walk IN THE ROAD ITSELF, KCCA TAKE A HINT, the Ugandan finally says, “But Merida, I have to hang up the phone. I’m driving. Let me reach where I am going and I call you back… No… No, he can’t… Of course not. That part even if you leave it on, it can’t function without the other par…” and then you knock a boda down and start abusing him as if it was his fault. 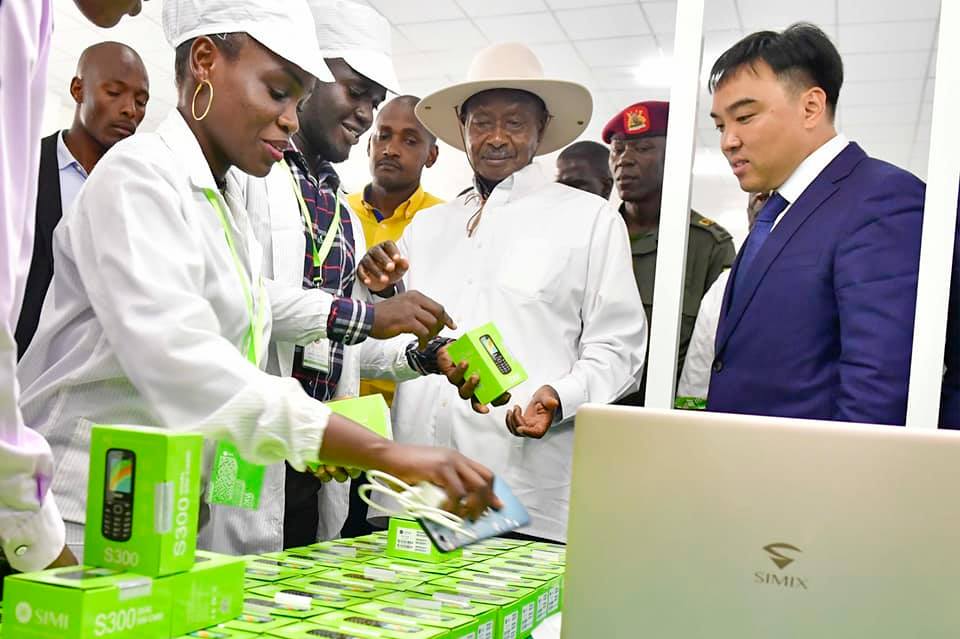 Next point: We have to have a strong battery.

Ugandans on the phone be like, “Hello? Hello? Yes. Warrap. You man, warrap? Eh. It’s me. Yeah. Some chucking? Eh. You be how? Nze me I’m just there there, you know these things. Yeah. How are those ends? What? Ah us these sides, we are kawa. Just, you know Umeme whaaat, loadshedding whaaat, those things how you know them. Yeah. So what’s good?..” then after twenty minutes of this, finally, “Anyway me I was calling to tell you I am going to be about twenty minutes late for our meeting…”

Followed by another twenty minutes of lies about being just round the corner around Nakawa, but “there is jam oba some guy has knocked a boda,” then the caller finally ends the call, gets out of bed and begins to brush teeth, shower body, and get dressed.

When he or she is ready to leave, but needs to call his or her boda guy that call will take another twenty minutes of “Chief, gyoli. Ye nze. Aah gyetuli tupakasa. Gyebale. Eeeh…” and just before we get to the point, the battery makes that bleep sound and dies.

These batteries were designed by Malaysians and Singaporeans who will greet you when they get to the meeting. They only use the phone to briefly and succinctly inform you that they are early and already at the venue.

Next Point. Still on the battery, we need built-in power banks. Because a lot of phone users live in Ntinda, Kisaasi, Kulambiro, Kyanja and areas of that sort where electricity supply is always never.

UMEME does its best. They even tweet to inform residents of those areas that there is an ongoing outage. But said residents don’t see the tweet because they didn’t charge their phones the night before.

So, let’s assemble these phones, build Uganda, buy Uganda, stop driving while on the phone, and remember, when you buy the Ugaphone, download the Nilepost app and share the link to my article. Kasumba still hasn’t retweeted me.

Business tycoon, Sudhir Ruparelia has commended government for its stance of encouraging foreign investors to come and do business in...

IGP Ochola hails detective who died in accident together with suspect

EXCLUSIVE: Inside the Shs 5.3 trillion war between Gen Salim Saleh and Keith Muhakanizi

EXCLUSIVE: Inside the Shs 5.3 trillion war between Gen Salim Saleh and Keith Muhakanizi

A ‘war’ has erupted between Gen. Salim Saleh,...

Dr Obuku: Museveni is using science to push his own agenda

Masaka: Covid-19 patient who filmed ‘dire’ situation of the hospital to be investigated