Gender equality can only be achieved if societies transform and develop, President Museveni has said.

The President made the remarks today (Tuesday) in Nairobi, Kenya where he joined other leaders at the International Conference on Population and Development (ICPD 25).

The three-day conference is being marked 25 years after the inaugural summit in Cairo, Egypt that made a case for gender equality and supporting advancement of women and girls.

Addressing the thousands of attentive delegates at the Kenyatta International Conference Centre, President Museveni pointed out that gender inequality was as old as man.

“Human beings have been here for four-and-a half million years. Most of that time, gender inequality has been there,” he said. “Therefore, I want to point out that you cannot achieve this equality if the society does not change itself.”

He added: “You cannot keep a pre-capitalist society in existence and you think you will achieve easily gender equality and other goals.

I urge the organisers of this conference to add to their literature the words social economic transformation of the whole society.” 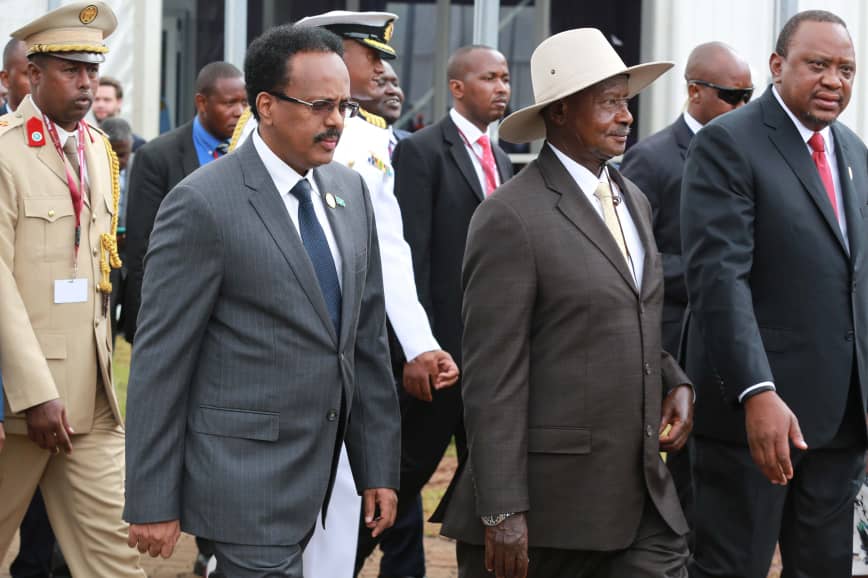 Citing the case of Europe, President Museveni said they had made strides in gender equality because they had managed to change the income fortunes of their people.

” You cannot keep a traditional society and then make it achieve middle-class goals. Even Europe was like this. It was just in the last few centuries when middle class values were achieved. In the UK until 1911, the women were not voting,” said the President.

He observed that creation of jobs is important in this fight because jobless, poor people are vulnerable and susceptible to exploitation. The President added that with joblessness, even good legislation on equality would run into implementation challenges.

Counselling the young people and those making a case for gender equality, the President advised that they must consult the elders and parents, whom he labelled “consultants”.

“I heard the slogan ‘girls must own their bodies’. Speaking as a veteran husband, father, grandfather and freedom fighter, I advise that even when you own something, you must engage consultants. The young people must seek advice,” he said.

Uganda’s commitment
About Uganda’s commitment to support gender equality and fulfill the targets set out in Cairo 25 years ago, President Museveni said the country would stand firm in eliminating obstacles that stand in the way of empowering girls including teenage pregnancy, child marriage and all forms of gender based violence.

“We shall scale up technical and vocational training to create life skills relevant to the labour market,” said the President. “We will do this while upholding the positive cultural and religious values.”

This will be complemented with increase in financial support towards reproductive health and family planning supplies and commodities.

Mr Museveni also, to the excitement of the audience, said Uganda will operationalise the national sexuality educational policy framework that the ministry of education launched in 2018.

This, he said, will provide a national formal direction for age appropriate and culturally-sensitive sexuality education in Uganda’s schools.

“We will do this while upholding positive cultural and religious values of our countries,” he said, adding that efforts to transform and modernize society would also see the country invest in critical sectors like electricity generation.

The summit was addressed by over 10 heads of state and government, who made their own commitments towards achieving gender equality.

The lively audience was treated to a series of entertainment, including a performance by legendary Senegalese musician Youssou N’Dour, who got a standing ovation following his song “New Africa”.