Emirates has won the Aviation 100 ‘Middle East & Africa Airline of the Year’, awarded by Airline Economics magazine. The Aviation 100 awards distinguish the most outstanding performers in commercial aviation, as well as the most innovative and successful finance and leasing deals closed over the last 12 months.

Emirates and its financing partners also won the ‘Aviation 100 Middle East & Africa Supported Finance Deal of the Year for 2019’, resulting from the financing of two Emirates A380 aircraft, which was the first A380 Bpifrance (French Sovereign Fund) Assurance Export backed financing that also combined a commercial tranche provided by Korean investors that was arranged and sourced by EMP assets. 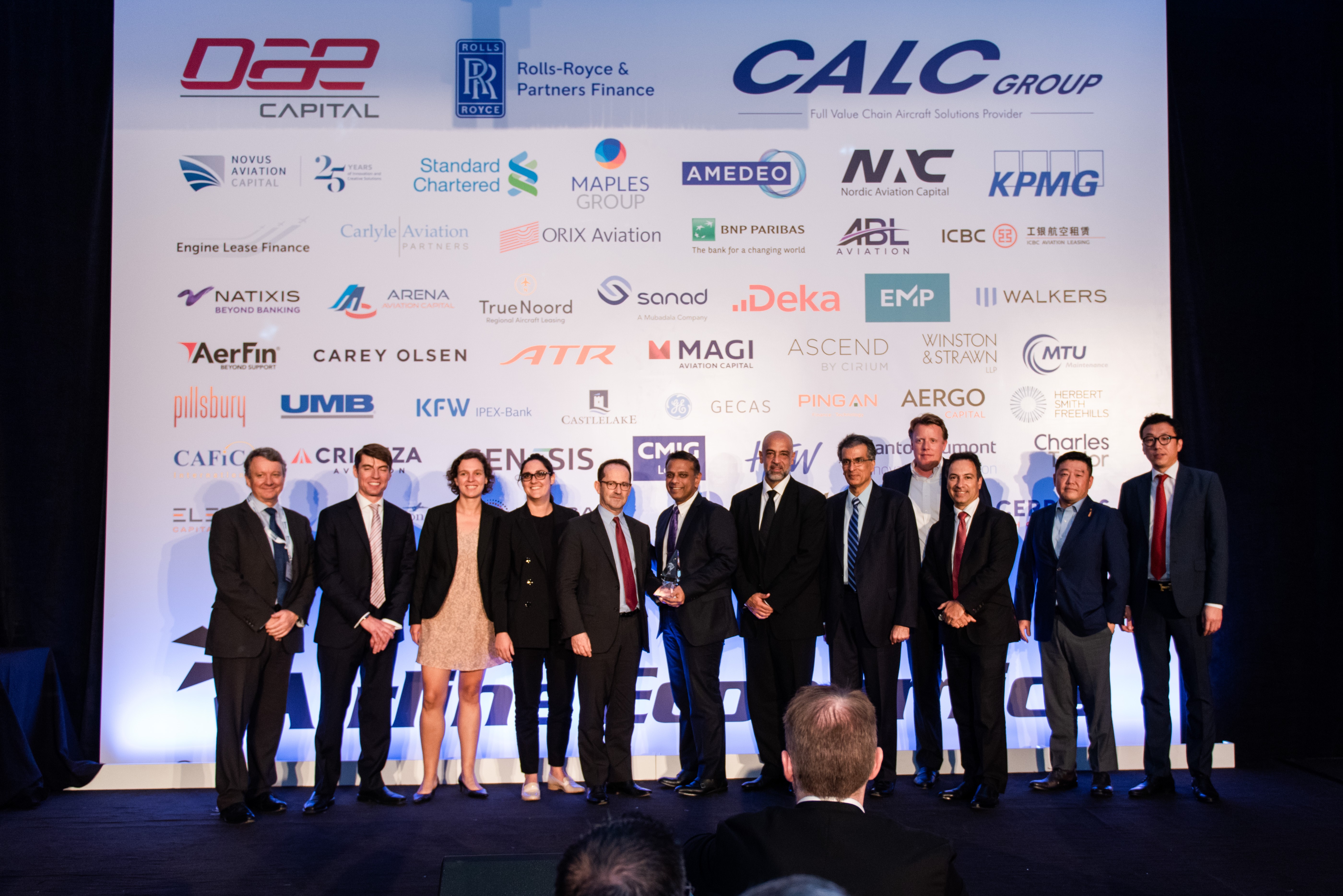 This is the first large volume transaction that was closed by European Export Credit Agencies post the cessation of cover and the very first A380 Bpifance Assurance Export backed financing for several years.

Nirmal Govindadas, Emirates Senior Vice President, Corporate Treasury said,  “Together with our financing partners and ECAs (Bpifrance, Euler Hermes and UK Export Finance), we continually look for solid and innovative opportunities in the global markets to finance our growing aircraft fleet. The truly global combination of financing parties from Canada, France, the UK, Germany and South Korea underscores the confidence of international investors in Emirates’ strong track record as well as our resilient and profitable business model. Such innovations are a testament to the ability of Emirates to raise funding in a challenging economic environment.”

Winners of the Aviation 100 awards are ranked through rigorous vetting, industry wide polling as well as editorial deliberation. The Emirates Aviation 100 ‘Airline of the Year’ accolade was won based on the airline’s pole position as the world’s largest international airline, strong network, as well as continuous fleet and product enhancements.

Emirates network has grown to 158 destinations across 85 countries and territories. So far in 2019, the airline has expanded its fleet by adding three A380 aircraft. This year, Emirates launched Porto in July and will be commencing services to Mexico City via Barcelona in December. Emirates has also grown its frequencies across 15 destinations, and upgraded capacity to 10 cities. On average, Emirates carries over 1.1 million passengers on over 3,500 passenger flights per week.

Emirates’ partnership with flydubai continues to grow with codeshares on 84 destinations. The partnership has quickly expanded as customers realise the benefits of increased flight frequencies, expanded access both airlines’ combined network on a single ticket, alignment to Emirates Skywards, convenient baggage check-in, smooth transfers during transit in Dubai and more.

In addition, customers flying to 22 flydubai destinations can now access their flights from Emirates’ Terminal 3 at Dubai International Airport.

Uganda’s first edutainment book designed to inspire and empower children to speak up about the COVID-19 crisis and its effects...