The charity tournament was meant to fundraise 100 million Uganda shillings to buy a modern water transport to transport children of Bwama Schools in Lake Bunyonyi.

The charity tournament was meant to fundraise 100 million Uganda shillings to buy a modern water transport to transport children of Bwama Schools in Lake Bunyonyi. 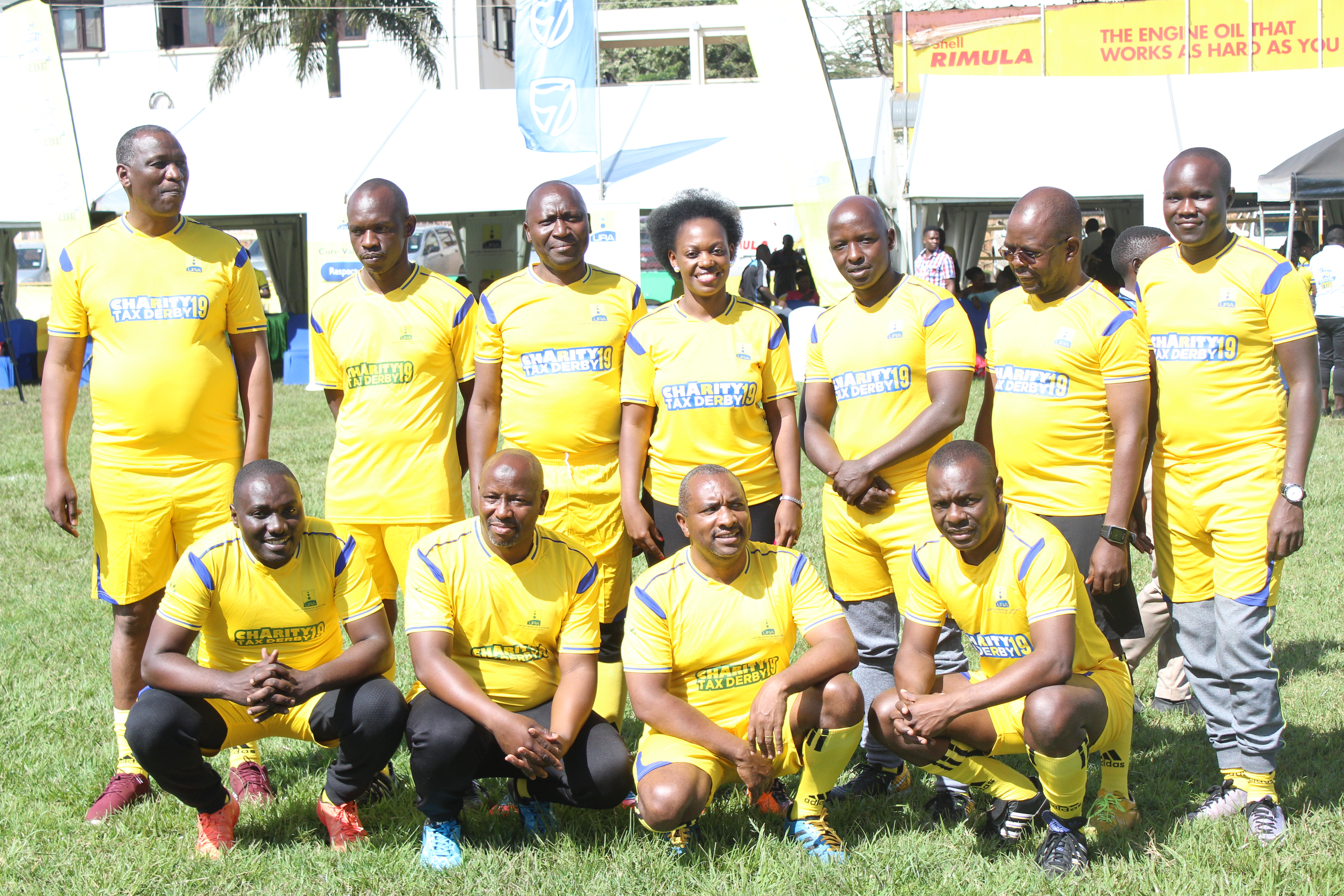 Due to the transport challenge faced by the school going children of Bwama around Lake Bunyonyi, Uganda Revenue Authority, URA organized a charity football tournament in which the its head of departments and its stake holders participate to raise 100 million Uganda shillings to buy a modern water transport on Lake Bunyonyi.

The boat will used by the school going children of Bwama for quick means and better transport to school and to their homes.

The tournament was under the theme; ‘Score a goal to save Bwama children.’

The event was graced by top business people and URA bosses in support of the tax derby.

Taxpayers managed to win the inaugural trophy on 5-4 penalty after goalless draw.

According to Doris Akol, the first tax derby of its kind in Uganda is a charity game to ensure that they raise money that will help children of Bwama Primary School.

Akol is optimistic that more than 100m will be collected. “We are looking forward to raise 100 million but due to sponsorship we have got, we are likely to get more than that,”

She adds that this will not stop here saying that even next year, it will take place. “The charity tax derby match is part of the activity of appreciating tax payers, even next year, we will do the same,” Akol adds.

Because of the good cause, Ugandan business magnate and investor Sudhir Ruparelia who captained the taxpayer’s team said that another gala should be organized as this is for a great cause.

“It’s good to see so many people from tax players coming together next time to support such brilliant idea that will see children in need are helped,” Ruparelia said.

The State Minister of Finance for Planning David Bahati was the guest of honor who handed over the trophy to the first winners. During his speech, Bahati said that he knows Bwama very well and thanked URA and the businessmen for helping the children.

The competition was driven under the theme ‘score a goal to save Bwana children’. Bwama Primary School is on the largest island in Lake Bunyonyi.

Record champions SC Villa have written to a rival club, Express FC requesting to use their stadium at Wankulukuku to...