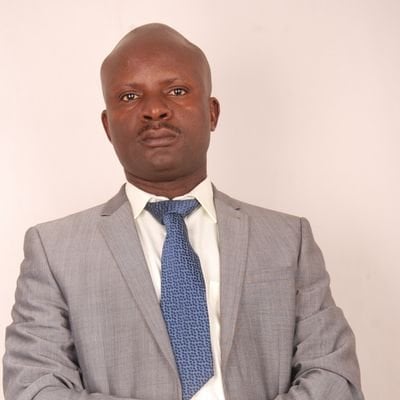 Historic Resources Conservation Initiatives (HRCI), a Ugandan based not for profit non-governmental organization (NGO) with support from the Open Society Initiative for Eastern Africa (OSIEA) has been implementing a program of creating public awareness on the promotion, conservation, protection and preservation of heritage resources in Uganda.

The program came up as a result of the extreme sadden trend in Uganda where heritage resources are randomly and rampantly destroyed without any thought of their historical and cultural significance as well as the absence of deliberate plans and incentives to develop the arts and culture which has led to their near demise.

The program also came up as a result of the shrinking space for civil society organisations (CSOs) in Uganda involved in guaranteeing public’s access to information.

Under the program, HRCI undertook a number of activities including litigation, public awareness through media engagement using newspapers, TV and radio channels and dissemination of information materials such as posters, briefs, car bumper stickers and T-shirts.

For instance under litigation, on 25th September, 2017, Historic Resources Conservation Initiatives (HRCI) and the Centre for Constitutional Governance (CCG) successfully filed Suit; Miscellaneous Cause N0.199 of 2017 in the Chief Magistrate’s Court at Mengo, Kampala on access to information against the Attorney General and the Board of Trustees of the Uganda National Cultural Centre (UNCC).

Hearing of the case has been ongoing and the respondent(s) (government) has been made to make written responses in court.

This is a step ahead.

HRCI made a written alarm to the Public Procurement and Disposal of Public Assets Authority (PPDA) which instituted an investigation into the National Theatre & Nomo Gallery Redevelopment Project.

This investigation resulted in the cancellation of the Tender for the wrong bidder for the National Theatre renovations.

A similar investigation in the management of the affairs of the National Theatre and Nomo Gallery by the Inspectorate of Government (IGG) was also instituted and it is ongoing.

Again on 4th September, 2017, HRCI in partnership with the National Book Trust of Uganda (NABOTU) and the Centre for Constitutional Governance (CCG) successfully filed “Civil Suit N0.443 of 2017 in the High Court, Kampala against the Attorney General and the Board of Trustees for the Uganda National Cultural Centre (UNCC) seeking for a permanent injunction, barring the proposed razing down of the National Theatre and Nomo Gallery.

The Case was filed through M/s. Rwakafuzi & Co. Advocates.

Hearing for this case is yet to be fixed. Although the final verdict of this case has not been delivered, the case has acted as a threat to the government and this has led to a halt in its decision of demolishing the National Theatre and Nommo Gallery.

This case is important because even if its final verdict is not yet made, the applicants will use it to apply for a temporally injunction in case the government intends to resurface its plans of demolishing the National Theatre & Nommo Gallery.

Also under the same program, HRCI engaged and mobilized the Ugandan artists, theatre practitioners and culture lovers to petition the Speaker of Parliament, Government of the Republic of Uganda and also to demonstrate against the government’s intention of demolishing the Uganda National Theatre and Nommo Galley.

The Speaker of Parliament of the Republic of Uganda who consequently influenced the passing of the 3 billion Uganda shillings for the major renovations of the Uganda National Theatre which included among others; – changing the lighting systems, modernizing the stage and replacement of the national theater chairs, sound systems, the roof, replacing doors, providing new acoustics, repainting the entire structure, reconstructing toilet facilities and replacing the sewerage system.

The prestigious Uganda National Theater which was dilapidated has at least received some major refurbishments which will help it to stand the test of some time.

The last major renovations on the Uganda National Theatre had been conducted 10 years ago as Uganda was gearing up for the Commonwealth Heads of Government Meeting (CHOGM) in 2007.

“The flat roof was leaking and the component of the asbestos above the stage had been outlawed. Most of the chairs had been broken.

The restrooms were in a dire need of replacement, the sewage system could no longer accommodate the huge number of traffic of visitors.”

In fact, many arts practitioners had abandoned the Uganda National Theatre because of its inadequacy. Organizing shows at the theatre was becoming too expensive with, less return.

“Only less than half of the required lights at the auditorium were working; in that case, to have a successful show, one would have to invest in hiring the lighting system, and at times sound”.

Due to HRC’s program, pressure was mounted on the government which consequently allocated 3billion Uganda shillings for the major refurbishments including an overhaul of the lighting and sound system; changing the auditorium seats; overhauling the plumbing and drainage systems and replacing the toilets, among other things.

HRCI together with partners such the Cross Cultural Foundation of Uganda (CCFU) also undertook the review of the legal and institutional framework in the management of Theatres and Nomo Galleries in Uganda and this influenced the Kampala Capital City Authority (KCCA) to adopt one of its recommendations of coming up with an Ordinance for the protection and preservation of historic buildings within the city of Kampala.

The KCCA Ordinance has been named the “Historic Buildings Ordinance” and draft of this Ordinance is also currently still under review.

Also, HRCI’s and partners’ efforts have also succeeded in influencing the drafting of the “National Museums and Monuments Policy” by the Department of Museums, Monuments and Antiquities in the Ministry of Tourism, Wildlife and Heritage (MTWH) which will consequently lead to the review of the Historical Monuments Act, 1967.

Once finalized, this policy will at least act as a framework for the preservation and sustainable development of Uganda’s heritage. HRCI facilitated the law firms to rejuvenate Civil Appeal N0.57 of 2012 currently in the Court of Appeal.

The case is also handled by M/s. Rwakafuzi & Co. Advocates and her other partners.

The case was filed in 2011 by Historic Resources Conservation Initiatives (HRCI), the Cross Cultural Foundation of Uganda (CCFU) and Jenga Afrika against the Attorney General.

In a similar circumstance, the hearing sessions of this case have been going on but the actual hearing date for the final verdict is also not yet fixed.

All these materials contained messages encouraging the public to rise and fight for the promotion, protection, preservation and conservation of Uganda’s National Theatre and Nommo Gallery, the Uganda National Museum and other heritage resources in Uganda.

Phone text messages were sent to phone subscribers and press conferences have been held among others. All these activities have done a great job in raising public awareness.

HRCI has been collaborating with individual journalists to write stories about the promotion, protection, preservation and conservation of Uganda’s National Theatre and Nommo Gallery, the Uganda National Museum and other heritage resources.

For instance, HRCI has so far collaborated with Docomomo International to list the Uganda National Theatre among the cultural heritage properties under threat.

HRCI’s program is very vital because cultural practitioners such as artists, film makers, comedians, women and youths groups under 30 years, persons with disabilities and other marginalised groups normally showcase their activities at the National Theatre and the Nommo Gallery.

This has been observed by the fact that members of the public especially the political class now constantly mention this saga at public gatherings including political rallies, wedding ceremonies, burials, religious functions etc.

At the moment, Historic Resources Conservation Initiatives (HRCI) is viewed by the general public as the only hope and channel through which they can access information regarding the management of national heritage resources and properties in the country.

Most importantly, HRCI has specialized in using access to information in protecting cultural heritage properties especially land from grabbers and in helping the general public to know the underlying corruption in the cultural sector.

Since the formation of Historic Resources Conservation Initiatives (HRCI), she has been implementing a coherent strategy that ensures the promotion of both tangible and intangible heritage in Uganda.

This has been done through creating awareness about the importance of protecting and conserving these heritage resources.

HRCI therefore intends to continue with this program especially by creating public awareness and mobilising a critical mass that will continuously advocate for the promotion, preservation, protection and conservation of the Uganda National Museum, National Theatre, Nomo Gallery and other heritage properties in Uganda.

The author is executive director of HRCI

Government has failed to turn in documents regarding the proposed redevelopment of the National Theatre, two months after a group...