The Speaker of Parliament Rebecca Alitwala Kadaga has expressed disappointment in Uganda Revenue Authority for defying parliament’s decision to waive taxes from sun screen lotions for people with Albinism. Kadaga made the remarks during her visit to Bududa district on Friday. Her comment was triggered by a request by Bududa Woman Member of Parliament Justine Khainza to lower the cost of sunscreen lotion to make it affordable.

Kadaga was in Bududa to grace the thanksgiving ceremony of Lutseshe county legislator Godfrey Nabutanyi.

It is here that area leaders made their requests known to the third in command.

Key among the requests was the tarmacking of Bududa circular road to ease transportation. The district chairperson Wilson Watila noted that the staff working in hard to reach areas are demoralised by the standard pay that does not put into consideration the challenges faced by people working in such areas. This has affected the retension of health staff in the district.

The other concern was the delayed pronouncement by the line ministry on the newly opened boundaries which continued to be a centre of controversy between communities and Mt Elgon National Park.

“To our disappointment, up to now, since the demarcation was done, the implementation part of it has never been realised. The report which they told us it will be presented to parliament and parliament would pronounce over it indicating new opened boundaries it has never come back,” complained Wilson Watila the district chairperson urging the speaker to fast track the programme that seeks to end boundary conflicts along the national park.

Bududa woman MP Justine Khainza on the other hand expressed concern over what she termed as the high cost of sunscreen lotion which is used by people with albinism to protect their skins from the sun’s rays. Adding that Bududa is one of the districts with highest population of people with albinism.

Khainza sought the speaker’s intervention to lower the price of the products.

Kadaga began by condoling with those who lost their loved ones and pledged parliament’s commitment towards the welfare of the servivours adding that their fate is at the heart of parliament.

She pledged her commitment to fast track the boundary demarcation program that seeks to end boundary conflicts between Uganda Wildlife Authority and the community across the country adding that similar complaints had been registered from other parts of the country including, Murchison Falls national park in Nwoya and Queen Elizabeth National Park in Kasese.

“I instructed the minister to come to parliament this week and explain to the country what he is doing about the issue of the conflict between the people and the national parks.” 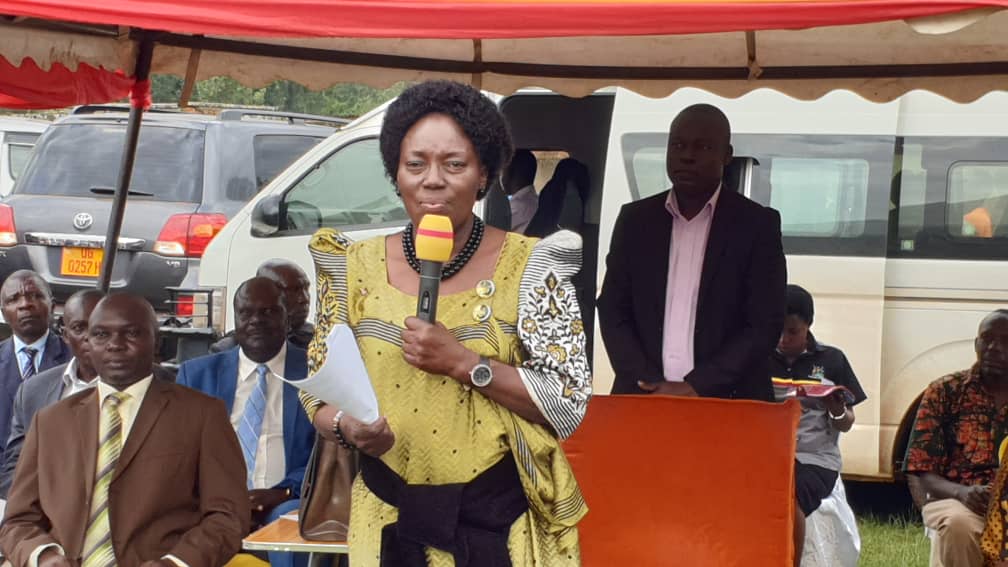 Kadaga further expressed disappointment in URA for continuing to tax sunscreen lotion despite a parliamentary decision to exempt the same.

Kadaga said, “I was in the chair when we were dealing with that tax and we directed the government to redesignate this cream as a medicine and not as a cosmetic and to provide them under the national health service. But I am disappointed, that although we removed the taxes, they are still being charged.” She promised to follow up with URA.

On hard to reach allowances, Kadaga noted that parliament earmarked hard to reach areas and made recommendations which have not been followed by the relevant authorities.

The speakers visit was a historical and one of the most unusual events to the people of Bududa. It was the first time for the person of the speaker to touch base in the district.

Police in Rubanda district have kicked off investigations into circumstances under which a man set his house on fire burning...