Ssemujju Nganda: Museveni wants to annex the police into the army

Get out of wetlands before we push you, Museveni warns encroachers

Uganda Airlines to fly to Turkey

Tips for a smarter way to clean your home

Ssemujju Nganda: Museveni wants to annex the police into the army

The IGP Okoth Ochola and his deputy Brig.Muzeeyi Sabiiti.

Kira Municipality Member of Parliament Ssemujju Nganda has claimed that President Museveni is on a mission to annex the Uganda Police Force into the army.

On Tuesday this week, President Museveni who is also the commander in chief of the armed forces made new changes in the police force that saw three police directors transferred and replaced by army officers. 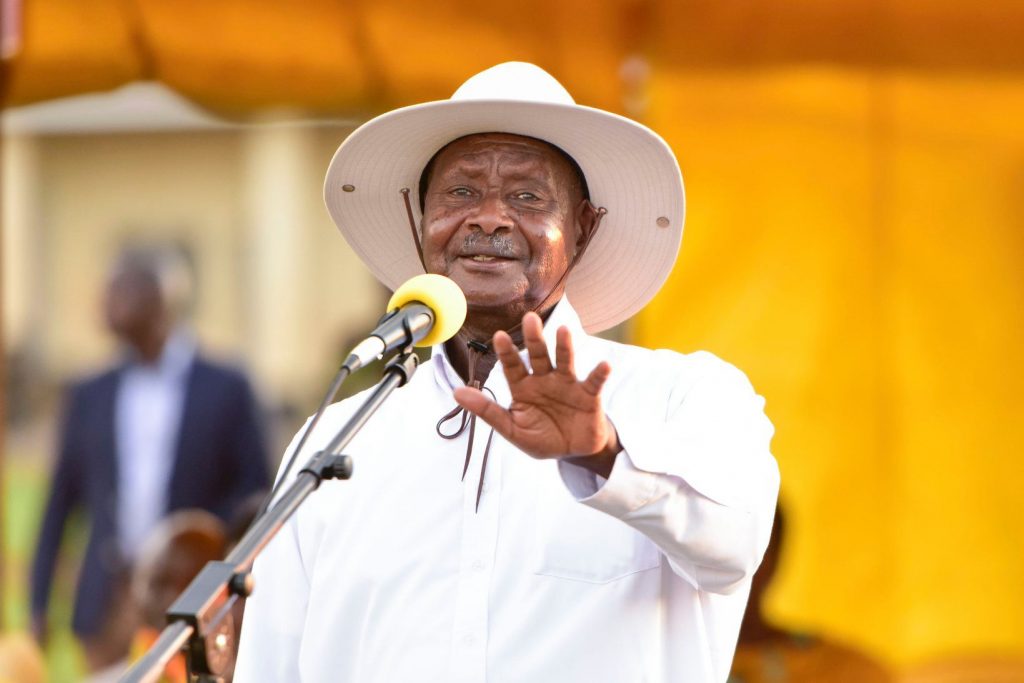 Now the FDC spokesperson Ssemujju Nganda has claimed that these changes are part of President’s Museveni’s mission of annexing the police with the army.

Ssemujju made these remarks while appearing on NBS Television’s Morning Breeze.

In his talk, Ssemujju argued that it is not a surprise that the president is making such changes in the police.

He said that these particular officers are meant to help Maj. Gen. Sabiti Muzeyi in the police force.

“President Museveni is trying to create a force within the police. These particular officers have come to help Maj. Gen. Sabiti Muzeyi. We don’t have police anymore, they’re just a few trying to survive in there. It’s not that the president wants police officers to have military training, he wants to annex the police into the army,” Ssemujju said in part.

He added that by creating the Special Forces’ Command (SFC), President Museveni already succeeded at creating an illegal outfit within the Uganda People’s Defence Force (UPDF) which is illegal according to the UPDF act and now the president wants to create another force within the police.

Ssemujju also argued that by militarising the police, Ugandans should brace themselves for more police brutality because the military is only trained to deal with enemies.

“There are procedures for joining institutions, you don’t just wake up and go join the police. The moment you militarise the police, you’ll have issues. Brutality is going to increase because the military is trained to deal with enemies, we’ve seen them brutalise people on the streets. The attempt to militarise police hasn’t worked, that’s why he must run it himself. In a matter of months, the police we know will no longer be the same. Not only does the president want to militarise police, but he also wants to run it the way he runs that illegal entity, the SFC.”

Col. Sserunjogi has been serving as the deputy director in charge of counter terrorism in the Chieftaincy of Military Intelligence (CMI),the intelligence wing of the Ugandan army.

The new changes also saw AIGP Balimwoyo transferred to the directorate of Interpol and International Relations whereas AIGP Isabirye has been seconded as the police attache to the Uganda mission in New York.

Senior Commissioner of Police, Benson Oyo Nyeko who has been the director for Interpol has now been sent to Afripol headquarters in Algeria as the Police liaison officer whereas SCP Chombe has been sent to Interpol as the deputy director.

The latest transfers by the President also saw Brig.Jack Bakasumbawho has been serving as the commander Peace Support Operations Training Centre in Singo, Nakaseke district being sent to police as the chief of joint staff.

“Congratulations to the UPDF general and senior officers seconded and appointed to various positions in the Uganda Police Force. UPDF remains available to support other agencies of govt. in their quest to build capacity for the good of our country,” Brig.Karemire posted on twitter.

NARO has announced a fast growing variety of beans that could help save thousands from hunger.  The National Agricultural Research...

The Uganda Revenue Authority (URA) has reignited the fight against cigarette smuggling in the country shortly after receiving a tobacco...

The Democratic Party’s (DP) second president Dr. Ssemogerere was buried at Nattale-Nkumba in Entebbe municipality last month with the notable...

Conservationists have expressed concern over the speed at which Uganda is losing its biodiversity, noting that something ought to be...