DP launches recruitment and card issuing drive ahead of 2021 elections

DP launches recruitment and card issuing drive ahead of 2021 elections

The green, white and red affair event that opened at Nsambya Sharing Hall in Makindye West constituency has attracted a number of youthful members of the public that have since morning been chanting people power slogans and dancing to Joseph Mayanja aka Dr. Jose Chameleone songs.

Chameleone has been the first member to be enlisted in this campaign as an official member of Uganda’s oldest political party.

“We are receiving new members, issuing them with party cards and offering new direction” Derrick Mutema, the DP/UYD cordinator told the gathering. 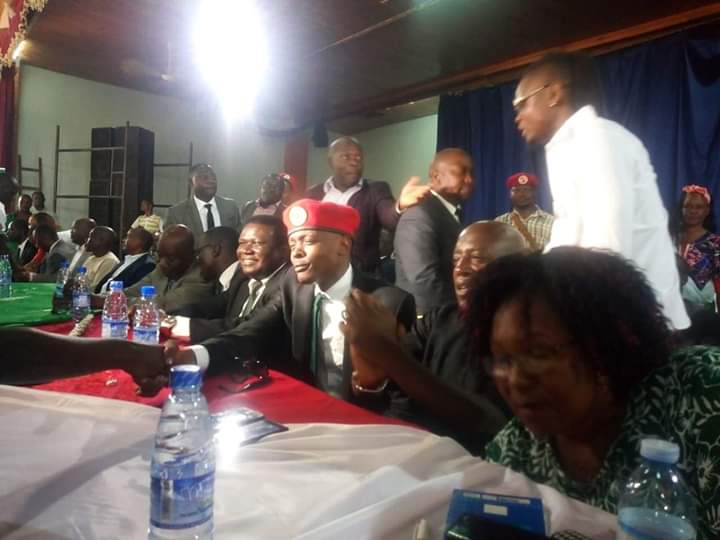 Clad in a red berret with the people power legend plastered on it made famous by fellow musician and now Kyadondo East MP Robert Kyagulanyi (Bobi Wine), Chameleone announced his entry into Ugandan politics.

Chameleone has expressed ambitions to stand for Kampala mayor and Mayanja and unseat Erias Lukwago in the 2021 Lord Mayoral race.

Bakaluba declared, “The bus driver in the NRM has lost control of the speeding bus.” He said this is what has caused him to leave the National Resistance Movement.