Anite fires UTL administrator Bemanya, describes him as difficult to work with

Anite fires UTL administrator Bemanya, describes him as difficult to work with

The administrator of Uganda Telecom Bemanya Twebaze has been sacked. In a statement to the Attorney General, the state minister for privatization and investment Evelyn Anite says, court should be informed of his sacking as government looks for his replacement. 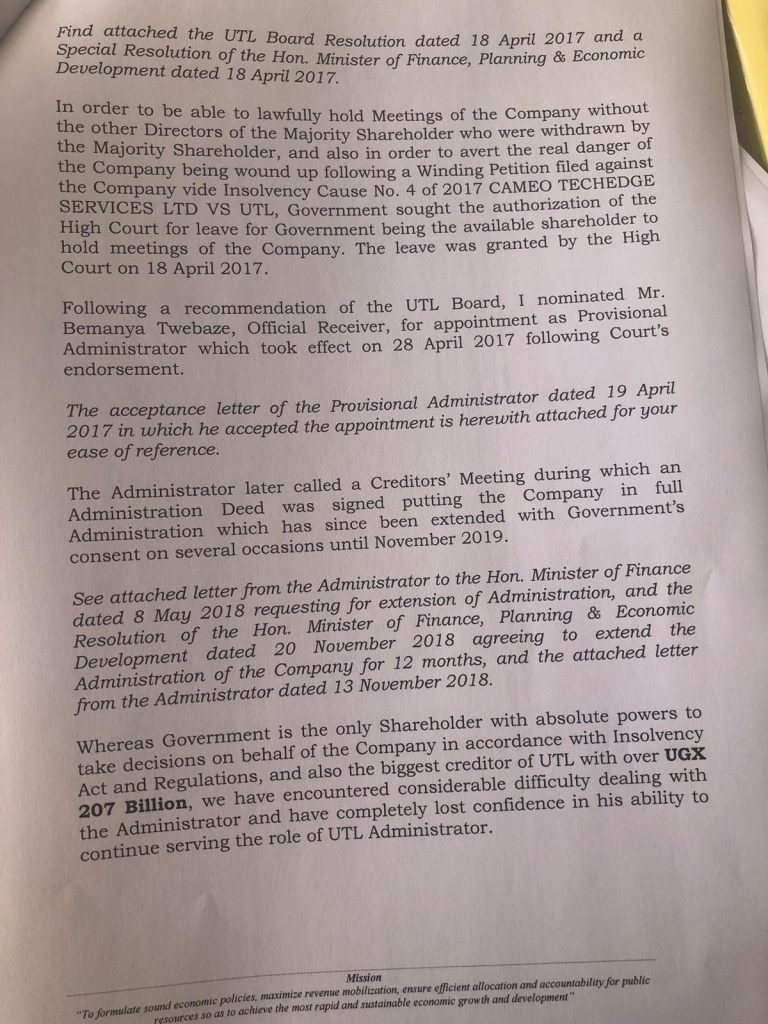 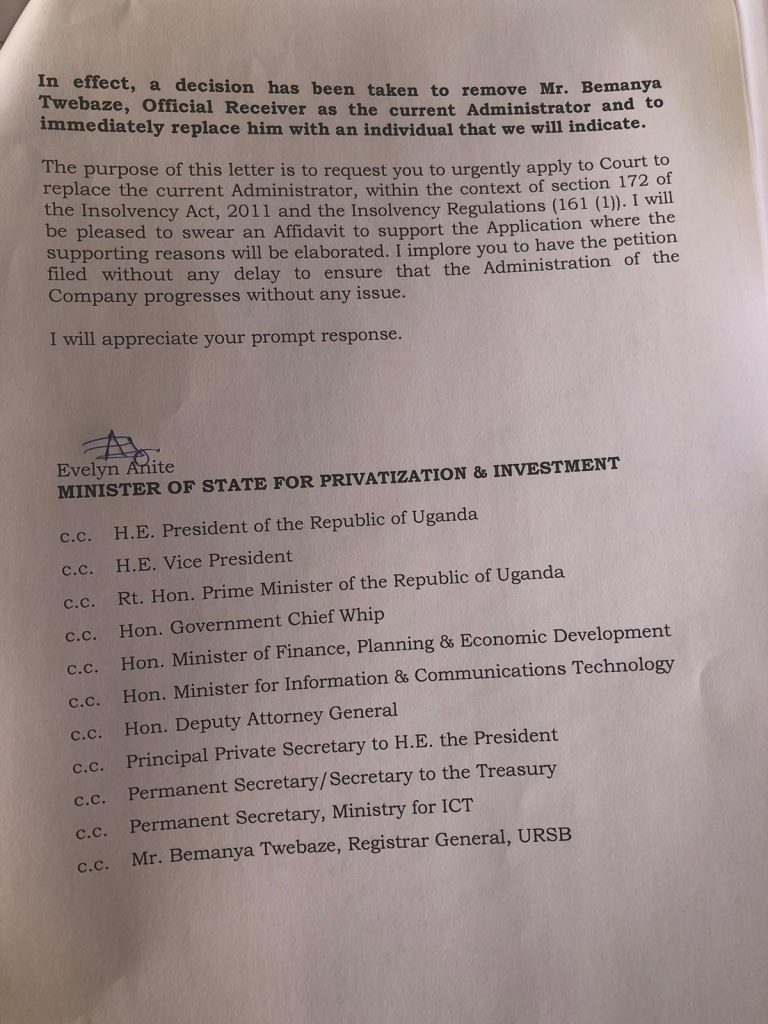 Bemanya was appointed as administrator on April 28, 2017 when government took over UTL, in  what Anite says was too save the company from collapsing

According to the statement, Bemanya has become difficult to deal with which has made government lose confidence in his ability to continue serving the role of administrator

Bajjo should denounce people power, they got him into trouble and ran away- Balaam

Bajjo should denounce people power, they got him into trouble and ran away- Balaam