National security officials in Washington are declining comment on newspaper reports that U.S. President Donald Trump approved military strikes against in Iran on Thursday, but then pulled back from launching them for unknown reasons.

Trump initially authorized attacks on a handful of Iranian targets, such as radar and missile batteries, according to The New York Times.

The Federal Aviation Administration Thursday evening issued an emergency order prohibiting all U.S. aircraft operators from entering airspace above parts of the Persian Gulf and Gulf of Oman — the region where a U.S. Navy drone was shot down by Iran.

The Global Hawk surveillance drone was flying over the Strait of Hormuz when it was hit by an Iranian missile, an incident Trump terms a “very bad mistake.”

“This is a new fly in the ointment,” Trump said Thursday while meeting with Canadian Prime Minister Justin Trudeau at the White House.

“This drone was in international waters, clearly. We have it all documented. It’s documented scientifically, not just words,” Trump told reporters.

When asked if the action could lead to war with Iran, the president replied, “You’ll find out.”

Trump, answering questions from reporters, suggested the downing of the American drone could have been an accident, rather than a deliberate provocative action ordered by Iran’s leaders.

“I find it hard to believe it was intentional, if you want to know the truth,” Trump said. “I think that it could have been somebody who was loose and stupid that did it.”

Iran: Drone in our air space

Iran contends the drone flew into its air space, which was a “blatant violation of International law.”

The U.S. drone “conducted an overflight through the Strait of Hormuz to Chabahar port in full stealth mode as it had turned off its identification equipment and engaged in a clear spying operation,” Iranian Ambassador to the United Nations Majid Ravanchi wrote in a letter to the U.N.

“While the Islamic Republic of Iran does not seek war, it reserves its inherent right … to take all appropriate necessary measures,” he wrote. 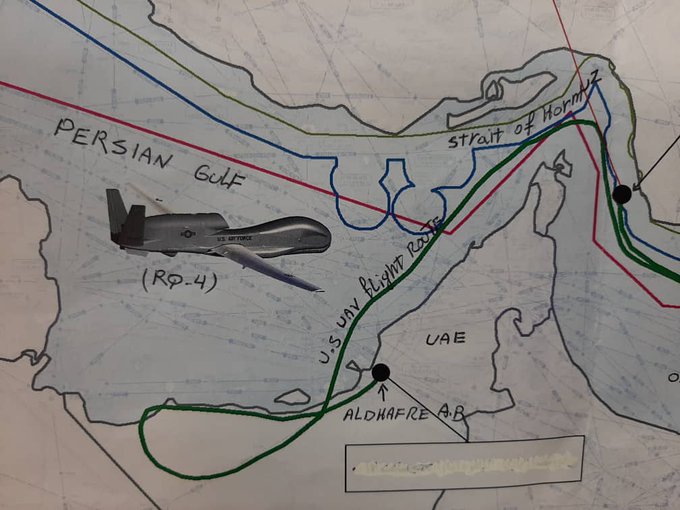 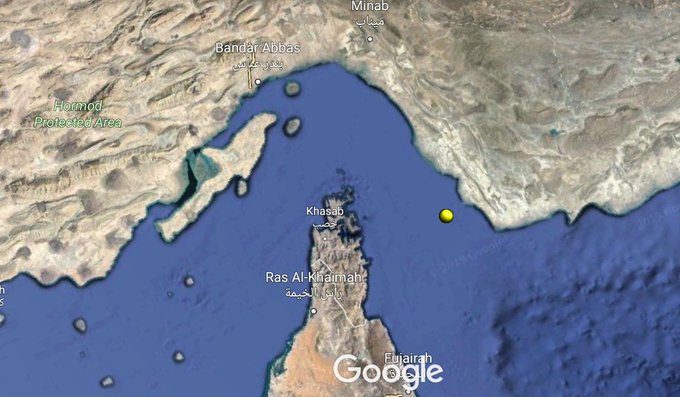 “We’ve retrieved sections of the US military drone in OUR territorial waters where it was shot down,” he said.

“This attack is an attempt to disrupt our ability to monitor the area following recent threats to international shipping and free flow of commerce,” Lt. Gen Joseph Guastella said in a statement he read to reporters at the Pentagon, adding the drone was 34 kilometers from the Iranian coastline when it was shot down.

U.S. officials said several naval ships have been dispatched to recover pieces of the drone from a debris field in international waters.

The RQ-4 drone costs more than $222 million and can surveil about 100,000 square kilometers a day, an area about the size of South Korea or Iceland.

Concern about a potential armed confrontation between the U.S. and Iran has been growing since U.S. officials last week accused Iran of being responsible for mine attacks on two oil tankers in the Strait of Hormuz, allegations Tehran denies.

“I told the president that these conflicts have a way of escalating,” Senate Minority Leader Chuck Schumer told reporters. “We’re worried that he and the administration may bumble into war.”

The U.S. announced this week it was authorizing another 1,000 troops, including a Patriot missile battery and additional manned and unmanned reconnaissance aircraft, to bolster defenses at U.S. positions in Iraq and Syria, citing numerous “threat streams” that “link back to the Iranian regime.”

Earlier Thursday, South Carolina Republican Senator Lindsey Graham warned if Iran kept pushing for a fight with the U.S., it may very well get its wish.

“He believes that we’re getting into a bad space, that his options are running out,” Graham told reporters after speaking with President Trump.

But while talking with reporters at the White House, Trump seemed to allow room for some diplomatic maneuvering.

“It could have been somebody that was loose and stupid,” he said of whoever ordered the attack.

He also said, “It would have made a big, big difference” had Iran shot down a manned U.S. aircraft.

International concern about the prospects of armed conflict between the U.S. and Iran is also growing.

“He has warned against any escalation. Warned, stressed that the world cannot afford a major conflict in that area,” Dujarric said. “I think it’s important that all parties exercise maximum restraint and avoid any action that could inflame the situation.”

Russian President Vladimir Putin also warned the U.S. against retaliating for the incident, saying U.S. use of force against Iran “would be a disaster for the region.”

Relations have deteriorated since Trump withdrew last year from the international agreement that limited Iran’s nuclear program in exchange for sanctions relief.

Since then, the U.S. has levied a variety of sanctions against Iran as part of what the a “maximum pressure” campaign against Iran, aimed at bringing Tehran back to negotiations in order to secure what White House officials have described as a more comprehensive nuclear deal that also addresses Iran’s missile program and its support for terrorist groups.

U.S. officials believe the Iranian government is feeling the pressure from the renewed sanctions.  But in response, Iran announced increased production of low-enriched uranium as it seeks help from European nations to circumvent the U.S. measures.

Beti Kamya steps down as leader of Uganda Federal Alliance