Preaching peace to the world is meaningless if the manufacturing and sale of dangerous weapons continue unabated, the Deputy Speaker of Parliament, Jacob Oulanyah has said.

“What would I say about peace when I have no capacity to talk to such people whose business it is to sell guns…we cannot talk peace while others are making weapons of mass destruction to harm people,” said Oulanyah.

The Deputy Speaker was on Saturday, 15 June 2019 closing a conference on grassroots peace building in Northern Uganda themed, ‘learning from each other and organising for our desired changes’ at St Monica’s School of Basic Learning for Women in Gulu.

Oulanyah said it is pretence to rally the world for peace while actions suggest a penchant for war and promotion of conflict.

He prescribed reduced proliferation of weapons and empathy to change world course from perennial conflict to shared prosperity.

“Peace is not a word, peace is a way of life; you cannot talk peace, you live peace…and let’s try to create plenty for where there is plenty, such issues cannot arise,” said Oulanyah. 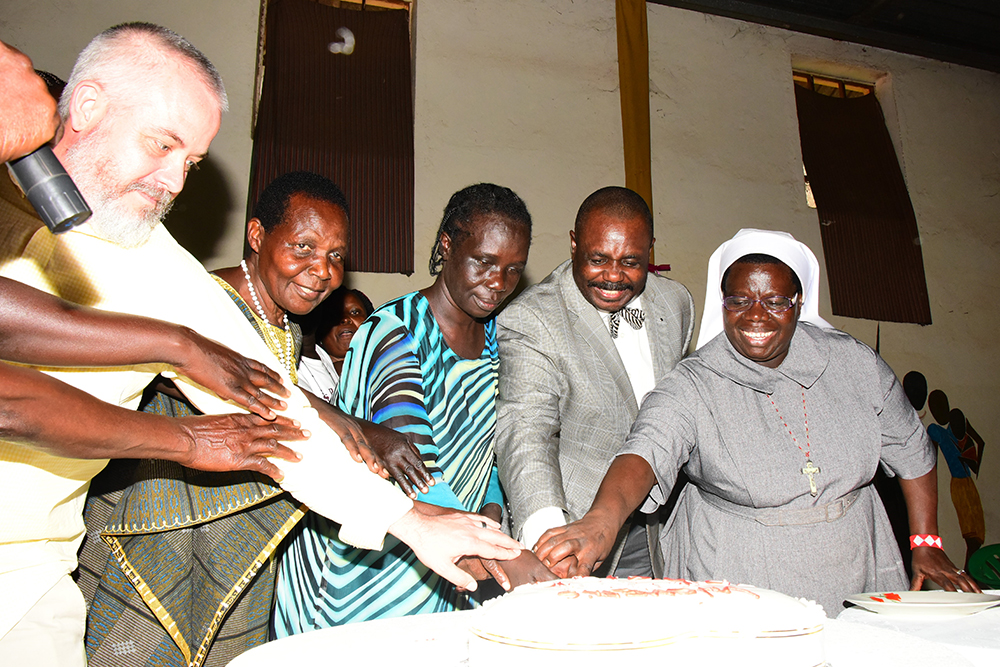 The Deputy Speaker of Parliament, Jacob Oulanyah (second right), cuts cake with other leaders during a peace-building workshop in Gulu District.

The conference was organised with support from Gulu University Institute of Peace and Strategic Studies together with the University of Oklahoma Centre for Peace and Development.

It brought onboard a cluster of women organisations from the greater North and Eastern Uganda, who said they are determined to transform the country into a safe haven for women and strive to end poverty and violence.

She added: “we intend to have a demonstration farm to train women on best farming practices, return uneducated women to school and preach against violence.”

Sr. Rosemary Nyirumbe, the school’s director, asked government to support the centre’s efforts to promote peace and said the institution will venture into provision of primary school education.

She sought stakeholders’ support to the initiative.

During insurgency in the region, the school played a key role in protecting vulnerable women and children from the devastating effects of the conflict, and became a key rehabilitation point following the defeat of the Joseph Kony led Lord’s Resistance Army (LRA) rebels.

There have been some developments in the past that may have led to negative sentiments against China. The failure of...

The bitter harvest of Ethiopia’s war in the Tigray region