President Yoweri Museveni has described former President of Tanzania, Mwalimu Julius Kambarage Nyerere, as the most important personality in the human history as far as the political unity of Africa is concerned.

“For about 4.5 million years ago, which the Western world labelled the dark ages of Africa’s underdevelopment, no African fought for the struggle of Africa’s unity and independence like Nyerere did. For us Ugandans, we are grateful,” he said.

The President made the remarks on Saturday during the annual Julius Kambarage Nyerere Day commemorative Mass at Namugongo Catholic Martyrs’ Shrine to pray for the beautification and canonization of the late Julius Nyerere to sainthood.

Museveni thanked Ugandans for recognising the Nyerere day in such big numbers and for joining Tanzanian pilgrims led Maama Maria Nyerere and the family members. He said that Nyerere was our parent who reflects into our memory as a person who was a devoted Christian.’

He also commended Maria Nyerere and her family’s initiative and encouragement to link other pilgrims from Kenya, Democratic Republic of Congo, Rwanda, Burundi, Nigeria and beyond to come and pray for the cause of Nyerere’s sainthood. He noted that the pilgrimage is not political but rather a promotion of oneness of the regional countries and Africa as a whole. 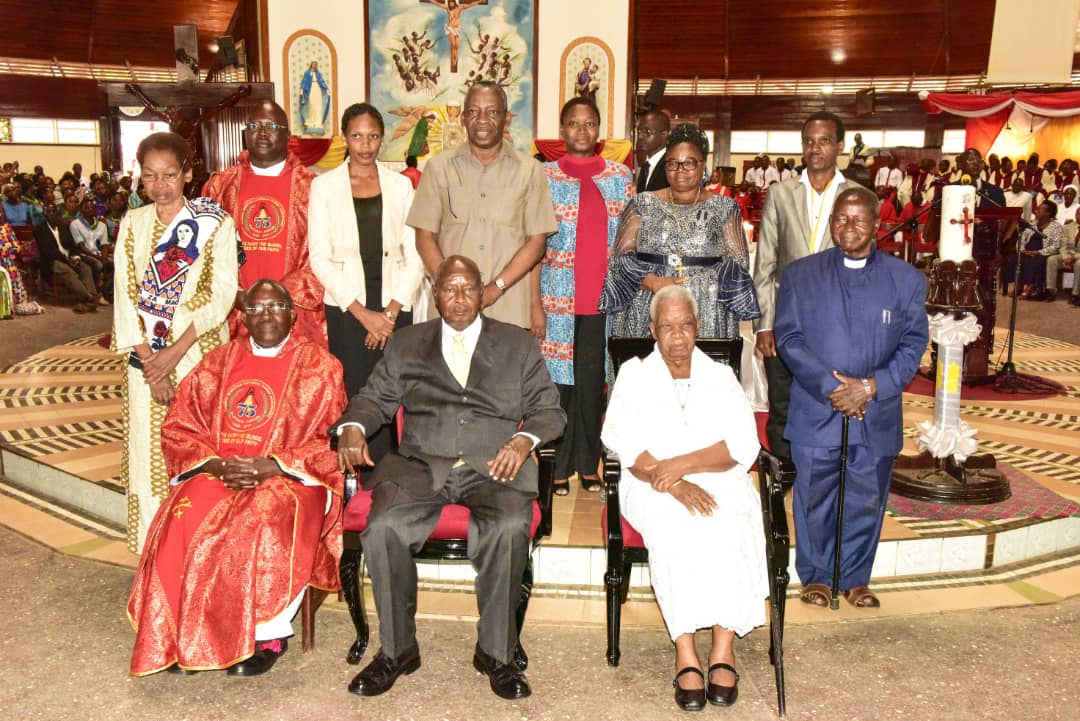 The President stressed that one cannot claim to be modern spiritually and remain traditionally and economically poor adding that this would undermine one’s effort and potential to realize development.

The Tanzanian High Commissioner to Uganda, Aziz Ponary Mlima, observed that President Nyerere was a Pan-Africanist who struggled for humanity, liberation, democracy, stability and independence of African countries and beyond.

Professor Mark Mwandotsya from Tanzania thanked President Museveni and all Ugandans who worked with the late Nyerere to shape his political legacy.

Anna Nyerere, who represented Nyerere family members, commended President Museveni for supporting them and ensuring that the Nyerere Day and prayers for his beatification and canonisation in the 2 decades after his passing on, are fully recognised.

Mgr. Kasibante, on behalf of Archbishop Kizito Lwanga of Kampala Archdiocese, commended the NRM government for ensuring total security around Namugongo and its support and contribution to Church development projects.

The school community of Stella Maris College, Nsube in Buikwe District where Maria Nyerere studied, initiated the construction of the school library to be named Maama Maria Nyerere.

President Yoweri Museveni, who is also the ruling NRM presidential candidate, has once again taken a swipe at his opponents...