Inside IPOD: They waited…and waited…and yawned. Then Museveni surfaced after 10 hours

The second Inter Party Organisation for Dialogue (IPOD) summit held at Protea hotel in Entebbe nearly hit a snag when delegates had to wait for over 10 hours before kick off, courtesy of the absence of President Museveni, the NRM chairman.

The meeting which was supposed to be held on May 15 in Lira was postponed on Museveni’s request after he told the chairperson, also Democratic Party president Nobert Mao he had state duties to attend to.

The meeting was then rescheduled for May 20 at Protea Hotel in Entebbe and was supposed to start at 9am but delegates had to wait until 6.30 pm before it kicked off.

Despite all delegates arriving in time and readying themselves for meeting, the NRM chairman was nowhere to be seen.

To comfort the delegates, IPOD programs manager, Dr.Lawrence Sserwambala announced Museveni had slept in Arua where he had been holding an Operation Wealth Creation drive and was due to arrive in Kampala to briefly attend a cabinet meeting before joining the IPOD summit.

With their patience wearing thin, Sserwambala told the delegates that the program had changed and they would start with having breakfast. This was at mid- day.

A few minutes after breakfast, delegates were then asked to have lunch so that when the discussions begin, there is no room for breaking off.

Meanwhile, some of the delegates found themselves idle. They read newspapers from cover to cover, buried themselves into their phones and slept off. Some went to the lake side to enjoy the cool breeze from Lake Victoria. 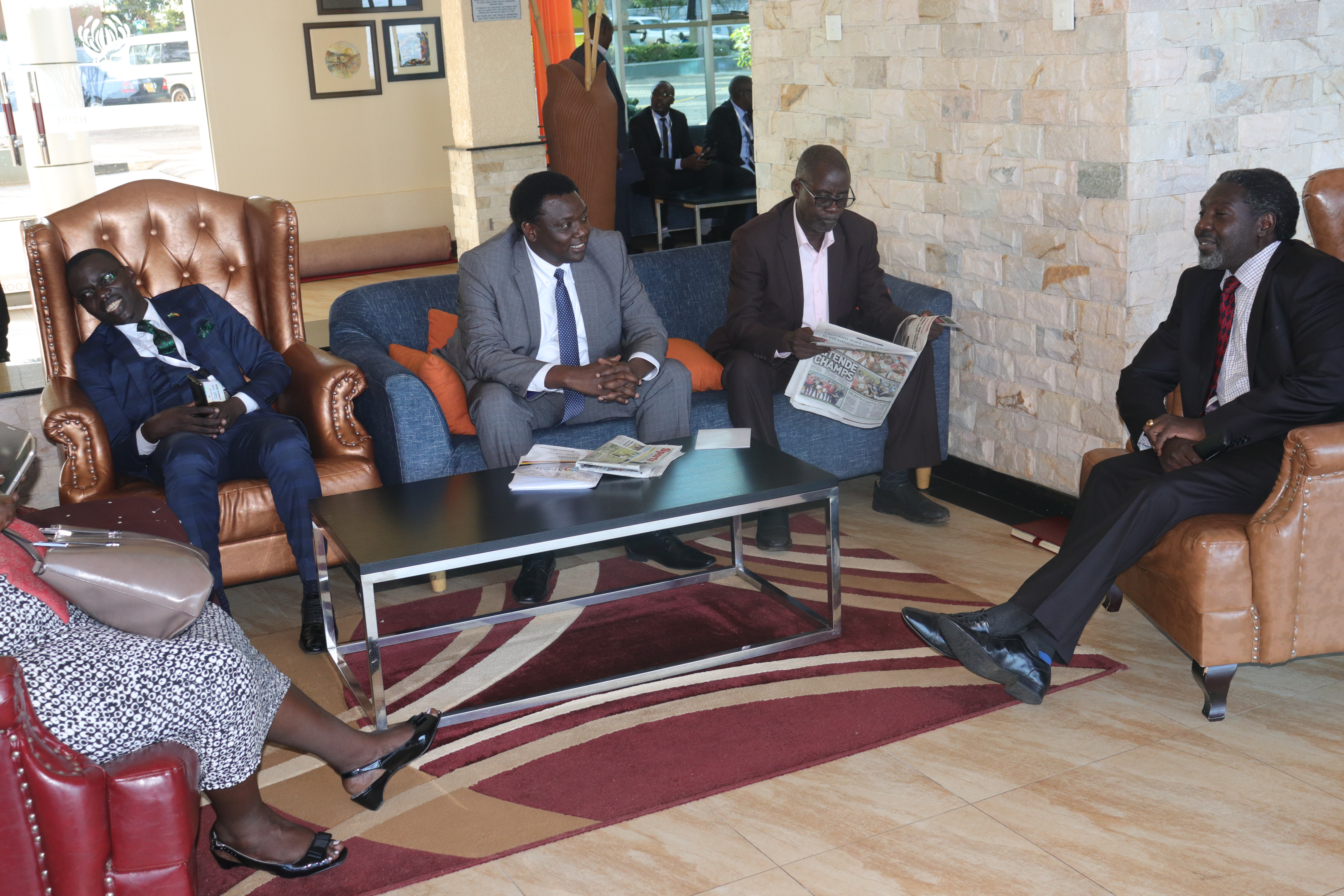 For the journalists, it was a long agonising wait. Some were seen yawning while others used the opportunity to participate in photo shoots in order to pass time.

Each passing minute seemed like eternity. At some point, the summit chairperson, DP’s Norbert Mao could not hide his anger.

“There are many of issues on agenda that require action by government but by delaying, it means he has put the summit as a lower priority,” Mao told journalists.

“We have not heard directly from him.”

Mao told journalists that Museveni had asked for the postponement to allow him attend in person but noted it was appalling that he had not kept time.

As the waiting went on, Mao gave a thirty minute ultimatum to the NRM chairman and that failure to honour it, the meeting would be called off.

He said they could not keep waiting for one man for the entire day.

“If food is ready, you can keep it for one night. We are monitoring if in next 30 minutes is not here, we shall postpone the summit and fix another date” Mao said.

However, the NRM party spokesperson, Rogers Mulindwa said it was not deliberate for Museveni to keep other political party leaders waiting but noted he had been delayed by state duties.

“There is no deliberate intention for our national party chairperson to dodge the event. We have just had activities to do with manifesto implementation and so he has been delayed in cabinet. We are optimistic he will be joining shortly,”Mulindwa told the anxious journalists.

At this point, the NRM Secretary General, Justine Kasule Lumumba boarded her vehicle and exited the hotel.

The party leaders were later summoned to a closed door meeting that lasted for about four hours.

Museveni apologised for delaying the meeting but noted he had been held back by a series of state duties that he could not forego.

“‪’I am sorry we kept you waiting but I was however not in a bar drinking alcohol but busy doing something useful for the country,”Museveni said.

“You waited for some hours but waiting is not a big issue if you’re in an air conditioned room, I waited for years in the bush.”

Museveni underscored the need for such meetings which he said are good for democracy and development of the country.

Speaking during the summit, Museveni said despite having divergent views about certain issues, opponents can meet for dialogue as a way of solving problems and healing the country.

“You can’t be in leadership and say you don’t want to talk. For me I take it (dialogue) as a biblical command to talk to anybody who wants to do so. If you are in opposition and you don’t want to dialogue, God will make you dumb forever,”Museveni said.

“The spirit of dialogue is a good one and once we discuss, everything can be done. Where we don’t agree, we can understand each other.”

The Deputy Inspector General of Police, Maj.Gen.Paul Lokech has directed the Police director in charge of operations to immediately ensure...

Cabinet has directed Makerere University and all other...