by Amon Katungulu
in Politics 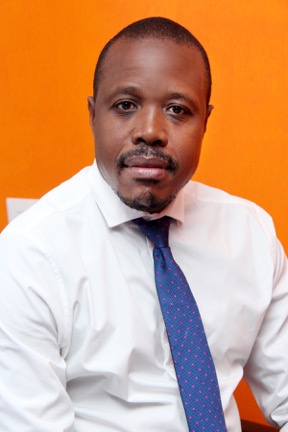 This article is in response to New Vision’s article of 13/05/2019 on pg. 24 in the comments section under the heading “Research World International (RWI) Finding Baseless.”

Whereas there is barely any substance in the farcical comments from Todwong, I must offer a riposte to educate him and others on this veritable subject of opinion polls in the high-octane arena of politics.

I came to learn that Todwong and his ilk have are seeking knowledge of research and research methods in the article he authored recently although I also felt that perhaps Todwong’s response was simply spin to please his masters.

But, not responding to these falsehoods could credence to an imaginary narrative, which underpins a culture of ignorance and yet in my view, political undertones should have no platform on the hallowed grounds of scientific research.

For purposes of helping Todwong and others who are seeking to learn, I will focus on the issue he raises.

First, he falsely claims that Research World International (RWI) in 2016 predicted that NRM would be “defeated” in the general election. For a fact prior to the 2016 general election, RWI conducted a poll in December 2015, results of which came out in January 2016.

They indicated that had elections been conducted in December 2015, a period in which data collection was done; Mr. Museveni would have got 51%.

Public opinion and perception shifts, as it is not static and is influenced by other factors and only stop when one is dead and he should also be aware that beyond opinion polls, elections and choices are influenced by various factors including; ability of a political party to raise a financial war-chest, gerrymandering and the role of security personnel, often cited by research findings if you want, the period of campaigns between December 2015 and February 2016 were meant to influence the final outcome.

Secondly, he falsely claims that the poll aims to popularise, Kyadondo East MP, Robert Kyagulanyi, and People Power to give him an impetus towards the 2021 polls short of saying that we were paid to do so and he mentioned this with certainty.

I will leave this to the public to judge his mindset because they live in communities, where the data was carried out.

Thirdly, he naively claims that a sample of 2,000 respondents was so small. We often face this question from the electorate, which claims that the sample size is so small while others even say they have never been interviewed.

Whereas, for the ordinary wainachi, can be forgiven for not understanding the rigours of research, and probability sampling, for Todwong given the coveted office he occupies as the Deputy Secretary General of the ruling party, I expect Todwong to exhibit a degree of understanding for such an elementary subject.

Nevertheless, it’s not too late to learn.

To help him understand the work of pollsters, as it is in other jurisdictions including western democracies, a sample is a fractional representation of the population and indeed nowhere in the world has a poll been conducted with 10% as a sample of the total population, which he suggests.

Any researcher will tell you that a random sample of 2000 is substantial enough to create a confidence level of 98%. I would like to share with Todwong that for the United States of America with a population of over 300 million, the highest sample of an opinion poll has been oscillating between 1,300 and 2400 respondents.

A public opinion poll conducted by NOIPolls on the question of police brutality only had a sample size of 1,000, for a population size of 190 million people.

Only 800 respondents were interviewed on the question of a proposed referendum to amend the Constitution conducted by Infotrak Research and Consulting in Kenya.

The results of the survey were released in March this year, Gallup & Gilani Pakistan, in May this year, a sample of 1,178 respondents were interviewed in regard to a question over whether the government should continue subsidising Hajj.

It is the same concept used in medical laboratories when one goes to the hospital with an ailment that requires diagnosis.

The doctor uses only a drop of blood to carry out a test. This is how the concept is used in social and business research and it is aimed at helping to detect the behaviour of the population during a particular time.

Like many other opinion polling firms across the world, RWI use quantitative research methodology with a close-ended questionnaire, with limited open ends.

Research methods and approaches are taught at university.

But what was baffling was that also questioned whether 60 districts would be representative enough to a country with 140 districts previously sub counties, he forgets that in opinion poll you do not so much survey the geography of space but more the people in that place.

Would you say that the people of Budaka are different from those of Kibuku or Butebo?

The answer is only separated by politics of space, but with same social economic characteristics so a random selection of one inhabitant here would give same view any one would give in these geographical settings.

Therefore it is not in the number of districts surveyed but rather the randomness, and how the sample was picked, that determines the result of an opinion poll or any scientific research and therefore the knowledge of a randomised sampling is important for Todwong and others to understand because it would be futile to visit every pocket of the country to have credible results as he suggests.

To use a simple analogy, a doctor in the hospital does not need a litre of blood to determine what is ailing a patient.

If a doctor engaged in such a superfluous exercise, it would arouse suspicion that perhaps he/she is quack. It is at this point that readers, or any curious reader who has come across Todwong’s article should question whether actually Todwong knew what he was writing about or as usual was making himself relevant because randomisation is taught at undergraduate level at any university for any social science students.

The author is the CEO, Research World International (RWI)

Former Minister without portfolio, Richard Twodong has been named as the new ruling National Resistance Movement(NRM) Secretary General. According to...