There has been justified tension resulting from the amorphous legal nature and consumer protection of the telecom business, digital financial services and blockchain transactions both in our jurisdiction and globally. The role of the respective governments to issues guidelines, establish institution to control the virtue market area has been left unattended to and left to be dictated by the investors who care about profit and profit alone.

There has been clear failure by the government to employ the tools of the law, institutions and “godfather” technology to protect the citizens from the lacunas in the system that flow from the fluid nature of virtual innovations.

Needless to say these electronic avenues have been fully embraced by the citizens both as mediums of money transfer, and also as “gold mine” business ventures, in some economies like Uganda with more than a quarter of daily transactions being done through digital financial platforms.

Questions on what happens to the consumer when the system is hacked, how complaints are handles, what happens when a telecom company runs bankrupt have always pocked the sector players, but yet no major stride has been taken to remedy the inevitable.

In close reference to this market has been the growing influence of Blockchain Platforms. Block Chain can in layman’s language be described as an open ledger that can electronically record transactions between two parties efficiently and in a verifiable and permanent way, managed by a peer-to-peer avenue. 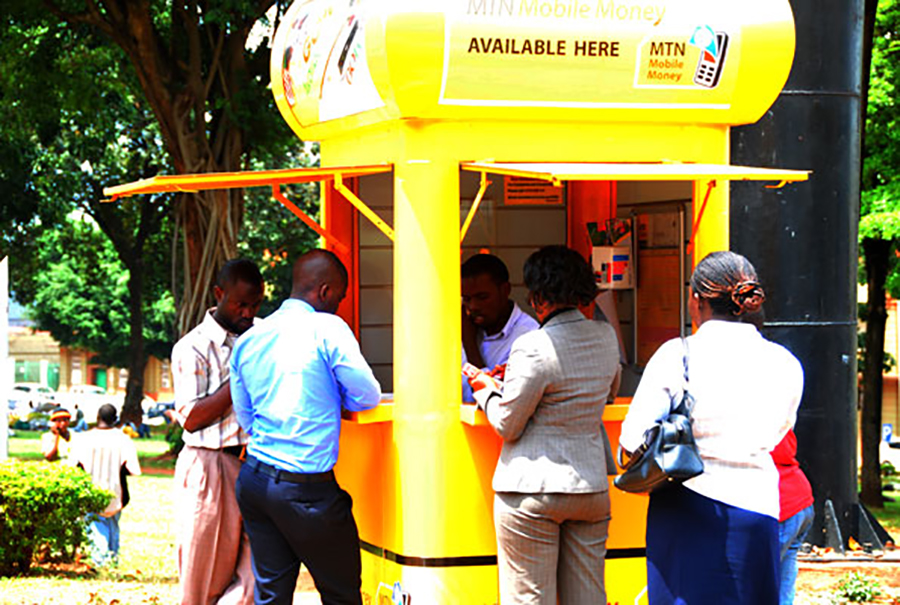 An example of this is crypto currencies which is specifically a payment avenue. By nature, Blockchain systems ought to be built to be resistant to external data modification. The most obvious feature is that the system is void of human intelligence and human faces in case one has a claim where they have been prejudiced. This is evidenced by the fact that even the identity of the original designer of the Bitcoin Satashi Nakamoto is unknown up-to-date. This gives rise to many unanswered “what ifs” as the system does not provide an avenue for remedy in case one is aggrieved or suffers loss.

A cousin concept of smart contracts where a system is designed to suit a demand for goods, services or establish a business relationship based on online norms and customs that are peculiar to orthodox contract principles, and enforcement mechanism, and are thus not subject to the equivalent of our Contracts Act of 2010.The system can in addition to generation of contracts create invoices, share certificate and any equivalent of what I can in general describe as “rights giving documents”.

It seems the government has learnt nothing, and for gotten nothing from the previous financial tragedies, which apart from affecting personal income may have a lasting impact on the nation’s macroeconomics. Many Ugandans who have been in the money market for some time remember the cries of Ugandans humongous losses from the likes of Triple 9, COWE, Telex Free, and Development Channel.

Such tragedies continue to manifest even in the current money markets.Take an example of a one Nasur Kilabilizi, a local business man who after receiving UGX. 2,000,000/= from a customer via mobile money mysteriously received subsequent messages on his mobile handset showing that he hadn’t sent the money to a strange number. The perplexed Nasur calls his telecom company and was informed that the hacker had already withdrawn the money, and so they could not cancel the transaction. The said individual is not only a symptom of the possibilities of such financial losses, but also a representation of a bigger issue at hand which is a weak institutional, technological and legal flame work to shepherd the market.

To analyse the legal framework deficiency in this sector, I will use the case study of mobile money. The mobile money sector is largely governed by the Uganda Communications Commission under The UCC Act, with the Central Bank with little or no control on a sector that has nearly replicated the banking framework among the SMEs and the informal sector.

The said UCC Act is silent on a number of inevitable occurrences leaving the area so grey. A case in point is the issue of unclaimed Assets of deceased people i.e how a beneficiary claim for money on the mobile money Account of a loved one. Parliament is yet to conclusively handle the National Payment Bill which inter alia will address claiming of mobile money of deceased persons.

The law is also silent on the liability of the service providers, consumer protection in case of bankruptcy of the telecom company, a complaint mechanism, market control, data protection among other sensitive areas.

The most obvious solution would be a structural change to separate the Telecom business and Digital Financial Services. To the extreme of this structural shift, telecom companies would have to be forced (through a law of course) to register a company as a branch of their Digital financial services like mobile money, to be exclusively governed by the laws formulated by the Bank of Uganda in its capacity as the central Bank.

This should be followed by establishing an Authority to guide the industry. The Central Bank should further take a Minimum Deposit Protection Fund from these companies to reimburse consumers in case the company runs bankrupt or the mobile system is hacked. In terms of smart contracts and blockchains, the tools of technology and consumer awareness seems sharper to solve these than institutional and legal ones.

Regarding mobile money however, it is almost obvious that it would save a lot to have the Telecom business and the Digital Financial services separated, with specific law formulated to guide the industry. This measure is done for the sake of the citizen, and the economic stability.

THE WRITER IS A LAWYER, AND A LEGAL ASSOCIATE AT PACE ADVOCATES

Nabakooba: “Time for individual responsibility in fight against COVID-19”