Ivan Asaba man of the match as Uganda registers first victory at the U-17 Africa Cup of Nations in a thrilling 3-0 win over hosts Tanzania.

On Wednesday 17th April, Ivan Asaba shone as the Uganda Cubs thumped Tanzania’s Serengeti Boys 3-0 to lessen the hosts’ chances of qualifying to the FIFA World cup slated for later this year in Brazil.

Andrew Kawooya opened the scoring for the cubs in the 16th minute, Ivan Asaba netted the second in the 28th minute while Najib Yiga bagged the third 13 minutes to full time.

This was the second loss for Tanzania having lost 5-4 to Angola in their opener on Sunday.

“Ivan Asaba is a wonderful player. When I took over I realized that his fitness was a little suspect so we had to work on his fitness and its paying off today. Kakaire Thomas  is a ball winner ,he is a good passer of the ball and we realized if we wanted to win we needed him on the team. I believe the two boys did what we exactly told them ‘” said the Ghanaian after the game.

Losing coach Oscar Mirambo says they aren’t cancelling themselves out of the competition following their two losses in two games played because they still have a chance if Uganda loses their next game they will be bounce back. 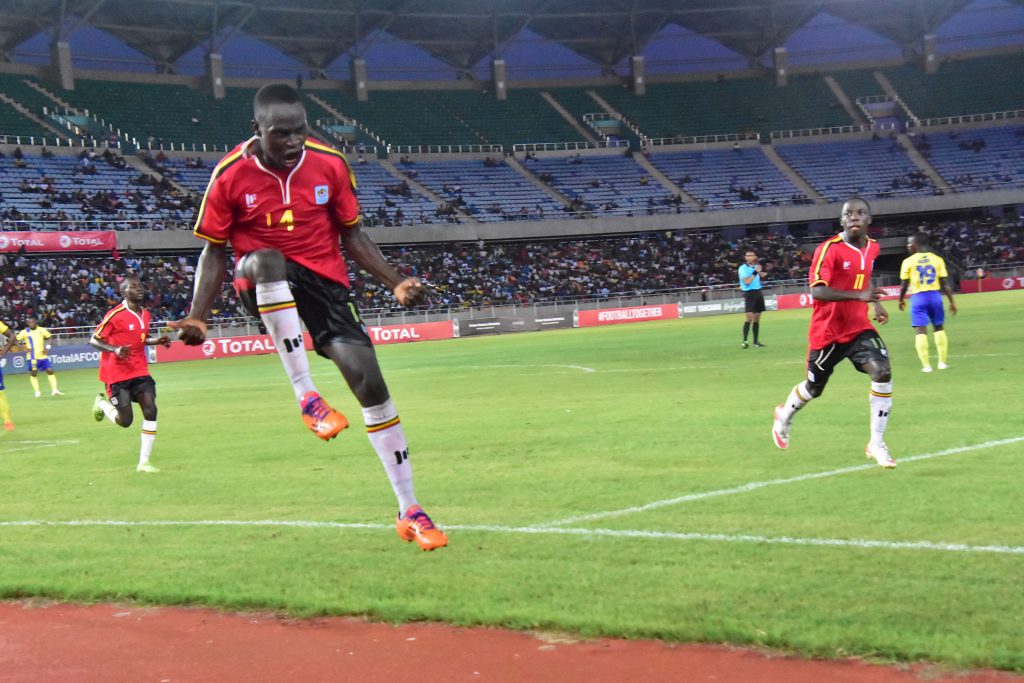 Uganda’s next opponent will be Nigeria this Saturday and a win against the West Africans could take the Cubs through to the Semi finals of the continental show piece and guarantee qualification into the world cup for the first time in the country’s history.

Nigeria is topping group A with six points following victories over Angola and Tanzania, second position is Angola which edged Uganda 1-0 in the opening game with three points, level with Uganda while Tanzania is bottom of the pile with no point in the two games played.

AFRICA CUP OF NATIONS U-17 GROUP A TABLE STANDING