The last few days have seen attention turn to the recruitment at Parliament after the unusual sacking of the Director of Communication and Public Affairs Chris Obore.

While Obore’s termination letter points to lack of requisite academic qualification at the time of hiring, that position calls into question  the competence of the Parliamentary Commission that is in charge of affairs of the legislature.

So how did Chris Obore, not qualified as suggested by the clerk’s letter, get to a senior position at parliament? 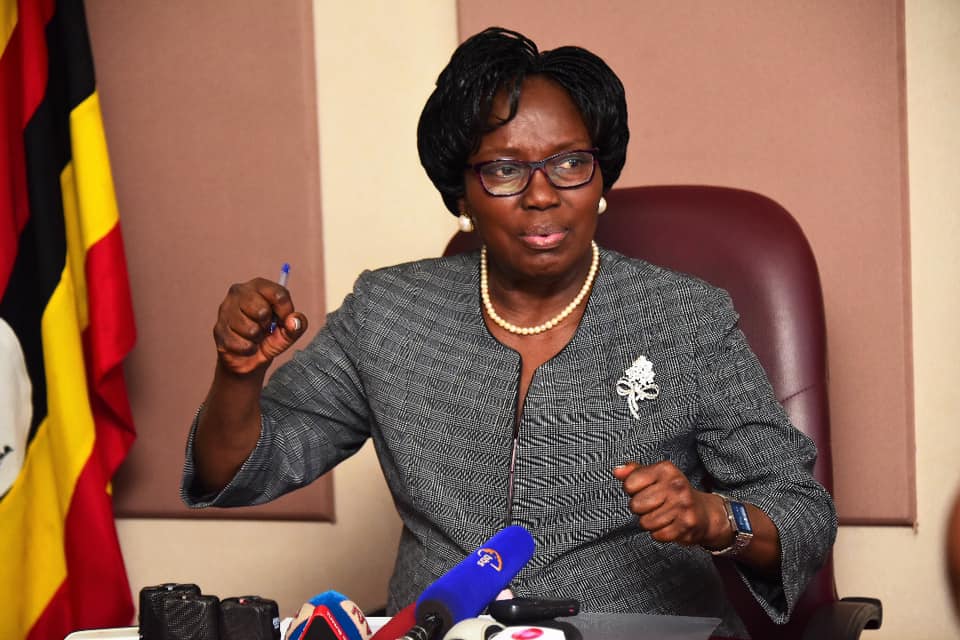 On the 29th of February 2013 , the commission subcommittee on human resource sent recommendations to the parliamentary commission, the appointing authority, recommending the promotion of Hellen Kawesa as director of communication.

Before its elevation to a directorate, Kawesa had headed the public relations docket and looked the ultimate choice for the big office.

When the report was tabled before the commission, however, strong objections emerged on her suitability for the job.

In conclusion the report dated 29th February 2013  stated, “The commission noted that Ms Kawesa Nanteza Helen had been recommended as a suitable candidate for appointment to the post of director communication and public affairs.”

“The meeting observed that Ms Helen Kawesa’s performance has been generally wanting as she has failed to defend and promote the image of the institution of parliament. It was noted that her performance has been characterized by slow response in addressing critical matters under her mandate which arise from time to time, lack of pro-activity, lack of assertiveness to manage staff to fulfill the divison’s goals and lack of appreciation of financial management procedures and processes stated as the reason her membership to the contracts committee was not renewed.”

This meeting also recommended that the position be filled within a period of two months through a head hunt.

That appears to capture the genesis of the process that ushered in the then motor mouthed journalist who had cut his teeth as an investigative journalist an someone who spoke the truth to power.

Parliament had also unsuccessfully attempted to kick out senior journalists from covering parliamentary proceedings under the guise of removing those who had become partisan and to pave way for fresh talent.

An uproar from the media and editors blocked the move that had been backed by senior journalist and then leader of the opposition Wafula Oguttu.

Parliament under the directive of the speaker also blocked journalists Suleiman Kakaire and David Tash Lumu from covering parliament after they authored an exposé that captured the tension between the leaders of parliament.

The legislature would latter be humiliated in court.

In 2015 the positions would be advertised but still a formidable candidate appeared not to be zeroed on.

On the 17th of August 2015, Speaker Rebecca Kadaga chaired a commission that was first briefed that four candidates had been contacted for the job and these included senior journalists Onapito Ekomoloit, Chris Obore, Charles Mwanghuya and Dr Peter Mwesige.

The commission was also briefed that Obore and Mwanghuya had expressed interests in the job and had been interviewed.

The commission meeting then approved the appointment of Obore effective 1st September 2015.

Who participated in the meeting that hired Obore?

The attendance list obtained by the Nile Post shows that meeting was chaired by Speaker Rebecca Kadaga and attended by her deputy Jacob Oulanyah, then leader of the opposition Wafula Oguttu , Aswa MP Reagan Okumu, Rose Akol, Rosemary Seninde and Nokrach William who were all back bench commissioners at the time.

The above list captures the participation of the clerk Jane Kibirige who is the secretary of the commission.

Kibirige, who would latter sign Obore’s booting letter, was in the room as he was being hired and signed his appointment letter.

On the 16th of January,  the Inspectorate of Government wrote to the clerk to parliament raising whistle blower concerns about irregular hiring of Obore

The clerk would write back on the 7th of March 2017 detailing the procedure used to hire Obore.

Fired without involving the Commission?

While records vividly capture the process through which Obore was hired, it emerges that he was pushed out without involving the commission that has the powers to hire and fire.

The move would be managed between the office of the director legal affairs and the clerk with the subcommittee on human resource only sitting later to ask questions on the matter.

We can confirm on good authority that no commission meeting sat to stamp the axing of the director of communications, contrary to practice in parliament

Sources who spoke to the Nile Post in confidence confirm that the once close ties between Obore and Kadaga had since degenerated as the speaker reportedly questioned Obore’s loyalty.

It is reported that suspicion developed over Obore’s closeness to some of the powerful politicians deemed not friendly to the speaker especially the powerful foreign affairs minister Sam Kutesa. Kadaga has openly accused Kutesa of undermining her politically by sponsoring an opponent in the Kamuli district woman MP polls.

Sources in parliament also confirm that Obore’s aggressive conduct and push for influence rubbed some of his colleagues the wrong way with a reported fight over the recent recruitments.

Allegations have always flown around parliament pointing to outright lack of fairness in recruitment at parliament with big shots reportedly pushing through people close to them.

With the process very closed from the media, a lot of speculations have made rounds on how recruitment is done.

In the 9th parliament, a son to one of the back bench commissioners was shortlisted to 8 positions and eventually hired in the CPA directorate.

Is it time to investigate the recruitment process in the legislature?

How many unqualified people?

Questions now arise on how many other unqualified people could be serving in the parliamentary commission, if a senior position like a director of communication was hired in the way the clerk potrays it?

Sources within parliament claim one of the deputy clerks, a position senior to Obore’s does not have a master’s degree todate.

When contacted Chris Obore chose to let the court process deal with the issue insisting as a public servant decorum requires that he respects his appointing authority.