NEW COLUMN: Falamentarians shocked by the abundance of forged documents in Uganda

This week in the House of Falament, the scourge of fake documents in government is exposed to the falamentarians. The falamentarians respond in the way you would expect…

Member from Ggwa South: Say order, dude. You have to observe protocol. This isn’t karaoke at Mama Festo’s.

Deputy Speaker: Watch closely. I cast upon you a mean look.

Member from Ggwa South: I disregard your side-eye. You have to say “order” first. You go, “point of order, et cetera.” Show him, guys. 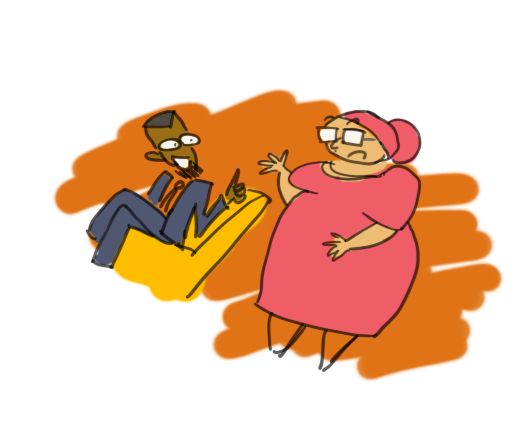 Member from Kilama: Point of order. Is it on order for the deputy speaker to call us…

Member from Ssebuynampa: To call us invertebrates? Of course it is. He isn’t allowed to lie and we are a spineless institution. If you want to prove me wrong go and see if you can find any presidential term limits.

Member from Kilama: I was asking, is it in order for the sub-Speaker to call us to attention instead of calling us to order?

Deputy Speaker: Okay, you millipedes. Order, then. I call the house to order. Look, I have some to say that will shock you today!

Deputy Speaker: I have here, before me, fake documents that have been tabled by government agencies, including ministries! Fake documents are being brought to the house!

Members in General: So?

Deputy Speaker: Why aren’t you shocked?

Members in General: We are waiting for the thing you said that was going to shock us.

Deputy Speaker: You are not shocked?

Member from Kilama: Shocked? please. It seems that the whole of Uganda is a forged document. In our national anthem we say we lay Uganda’s future in God’s hands, but China is already holding half of it and they are even an atheist nation.

Deputy Speaker: That is not the reaction I was expecting.

Member From Kilama: I would like to submit an inquiry to prove my point. To the member from Pimkwam, how is your lovely wife?

Member From Pimkwam: Which one, the one I am legally still married to who I haven’t seen in four years, or the one I currently live with who I only got married to after presenting forged divorce papers to the church? Member from Pimkwam: I don’t know how she is and don’t care twice as much. She left me for some guy from those ends of Ddriput County.

Member from Ddriput: Honestly, if I had known she was such a toxic evil woman, I would have never have stolen her from you in the first place.

Member from Bariaho: You want me to help you divorce her? I have a fake law degree.

Member from Ogonja: You don’t need to go to court with fake lawyers. I have a valid genuine diploma in Forgery.

Member From Kilama: Mister semi-Speaker sir, have you ever wondered why whenever we go to lunch the plates are too few and the food is never enough? Everyone there has a lunch voucher and catering always prepares according to the vouchers released?

Member from Ggwa South: Point of Inquiry. Can the member from Alipepe explain to the house at large why his aide was spotted at a suspicious Nasser Road printery on the date of Wednesday the third at 2:22pm?

Member from Alipepe: He was returning a pair of academic papers. I had asked him to get them for me from that shop, but can you imagine the ones they sold me were forgeries? Ugandans!

Member from Mbocwa: I should like to make it clear that while some members of the assembly are indeed corrupt, compromised and of dubious integrity, this does not represent an accurate portrayal of the house in general. There are many honest, patriotic men and women in this house who are here to serve their country and faithfully uphold its laws. This discussion should not be taken to mean all members compromise our integrity.

Member from Ggwa South: Yeah, but except now, with that boring paragraph you have compromised the integrity of the satire.

Literacy levels in the country are plummeting, viewers, because more and more of us only read the headlines and not...

House of Falament: Beti Kamya party finally makes a move, by firing her

Putin denies he wants to remain in power indefinitely

Marcus Rashford out for six weeks