by Amon Katungulu
in Health, News

The public has been urged to go for the cervical cancer screening before any signs develop. This was said by Dr. Godwin Turyasingura, currently the head of obstetrics and gynecology department at Kabale regional referral hospital during cervical cancer awareness week at the hospital.

He said, “Those who fall in the years 25 to 64, are candidates that could develop the abnormal cells or could have already developed or are in the process of developing abnormal cells on the cervix. Therefore we need to get them and treat those abnormal cells before they develop into cancer.”

Cervical cancer which has been identified as a situation where some cells on the cervix divide uncontrollably and in the process invade and destroy neighboring tissues, has slowly and unknowingly eaten away both the young and old females due to lack of proper knowledge on the disease. 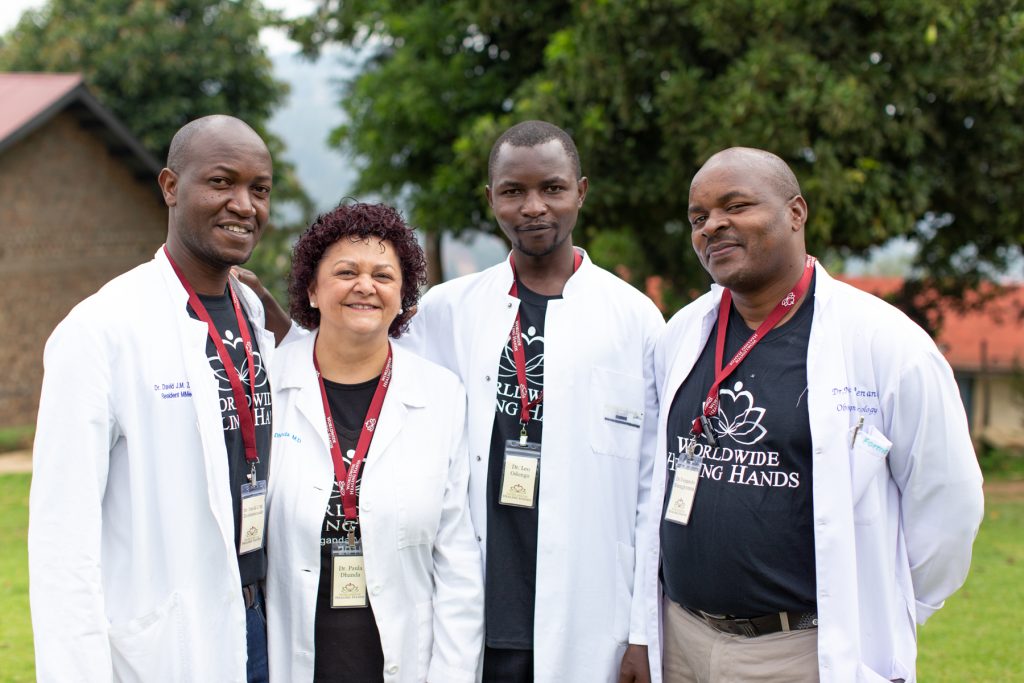 Cervical cancer is mainly transmitted through sexual intercourse, which puts females who are not sexually active at a lower risk of acquiring the HPV. It can also be detected when a patient gets abnormal vaginal discharge, heavy virginal bleeding, back pain and feeling pain during sex.

Much as men do not get the cancer of the cervix, they can still contract it through other avenues. As long as the virus has contact with the softer parts of the body like the genitals, the mouth, tongue and throat, it starts developing and a cancer is the outcome of that development. This therefore does not leave out oral sex. ”They can get cancer of the mouth, of the tongue, of the throat,” said Dr. CharlIn Belluzzo, a California based registered nurse and part of Worldwide Healing Hands.

Turn up for the screening was lower than expected. This was attributed to ignorance of the disease or fear the testing process is painful. Dr. Jackie Kagwa, a senior nursing officer at Kabale regional referral hospital, said, “An old woman does not want to look at her. She thinks maybe we`re young girls and young boys and its ashaming.”

Visiting Dr Charlin explained to the people that had turned up that while a vaccination for cervical cancer exists, it is reserved for the high at risk groups, in this case women.

One of the women who had undergone the screening, Janet Kakuru, a resident in Maziba sub county in Kabale district, western Uganda, expressed surprise at how painless the process had been.

This was medically backed up by Dr. Charlin, who said that the introduction of the 20 second thermal coagulator, which has replaced cryotherapy, means patients no longer have to experience pain during the screening.

Dr. Godwin Turyasingura reassured the public, “If we detect those abnormal lesions on the cervix and treat them, then such a woman will not go on to develop cancer of cervix.” Out of every 100 women who have had sex, 80% will have the human perpiloma virus infection in their body. He therefore urged women to go for early screening.

With the growing number of cancer cases registered in the country, the Uganda Cancer Society Patient Access Program in conjunction...

The High Court in Masaka has set Monday,...