Police has burnt narcotic drugs worth more 7 billion confiscated from drug traffickers at Entebbe International Airport since 2015. The drugs were set ablaze  before members of the Justice, Law and Order Sector included cocaine, heroine and marijuana. 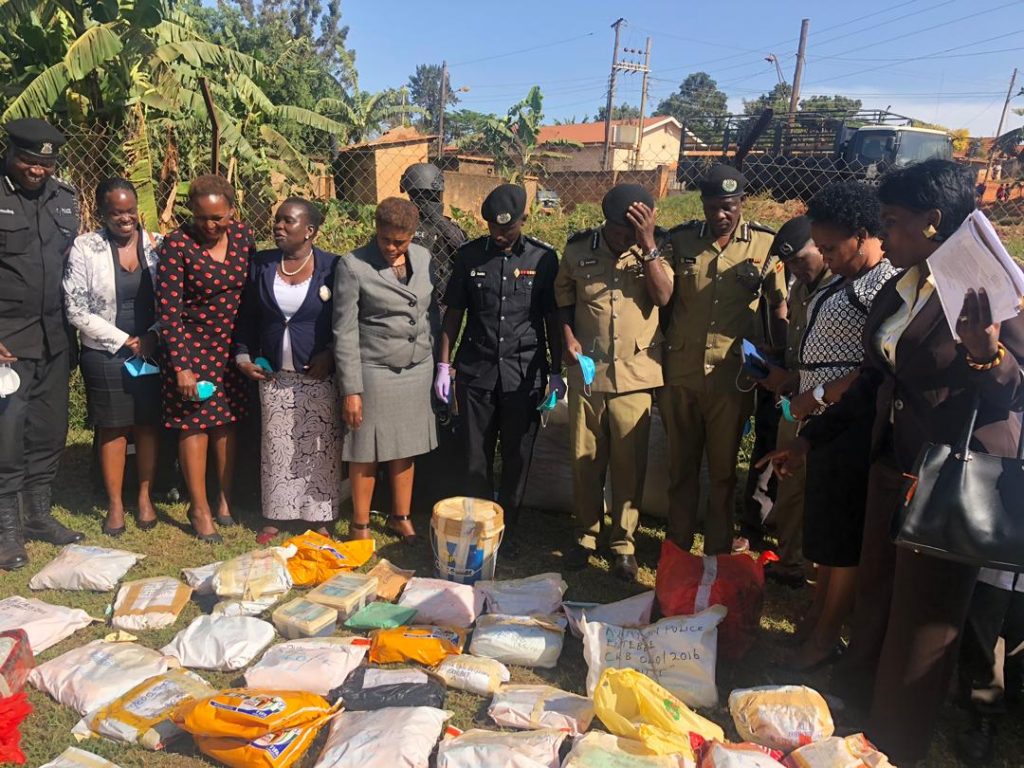 The blaze was conducted following a court order from the Entebbe Chief Magistrate Mary Babirye who asked the police to destroy the drugs after the cases were disposed of. 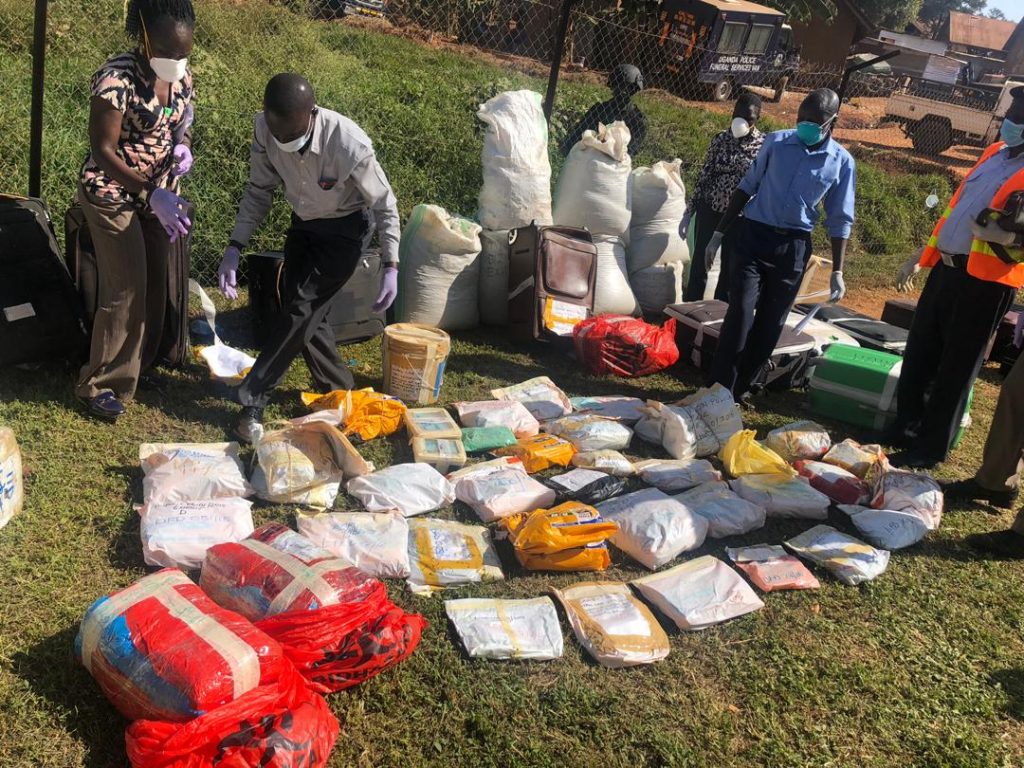 The ceremony kicked off at around 3:00pm. Deputy Inspector General of Police Maj.Gen. Sabiiti Muzeyi stressed the need to train more police personnel specifically to handle the vice of drug trafficking. Sabiiti warned that criminals involved in drug trafficking are very organised and sophisticated and could turn Uganda into a drug haven if more effort is not made to thwart them.

Uganda is also struggling with a growing drug abuse problem. Grace Akullo, the CID Director, said many of drug abusers are from districts like Busia, Masaka, Mpigi and Fort Portal.

Akullo commended the judiciary for handling the drugs related cases brought to its attention. Out of 53 cases that were brought to court, nine remain to be resolved and 20 people have been convicted.

The heavily guarded drug exhibits were burnt to ensure they don’t get back into circulation.