Uganda on Saturday 26th January, 2019 celebrated 33 years of ushering in President Yoweri Museveni with the national event held at Muwafu Primary School playground, Nabuyoga Sub-county, Tororo District. There have, been mixed reactions from Ugandans in regard to the NRM’s achievements. It is against this backdrop that Willis Bashasha the acting secretary in the President’s office and Godber Tumushabe appeared on The Morning Breeze to discuss the gains and losses of the NRM Government at 33 years.

The celebrations were held under the theme, ‘A moment of Glory that set a new Chapter for Unity, Peace and Prosperity in Uganda’. At the event, President Museveni highlighted the achievement Uganda has enjoyed throughout the past 33 years including better infrastructure and good governance among others.

Appearing on The Morning Breeze on NBS TV this morning hosted by Simon Kaggwa Njala, guests Willis Bashasha, the acting Secretary in the President’s Office, and Godber Tumushabe a lawyer, policy analyst and social entrepreneur examined the achievements and failures of the party throughout the years. 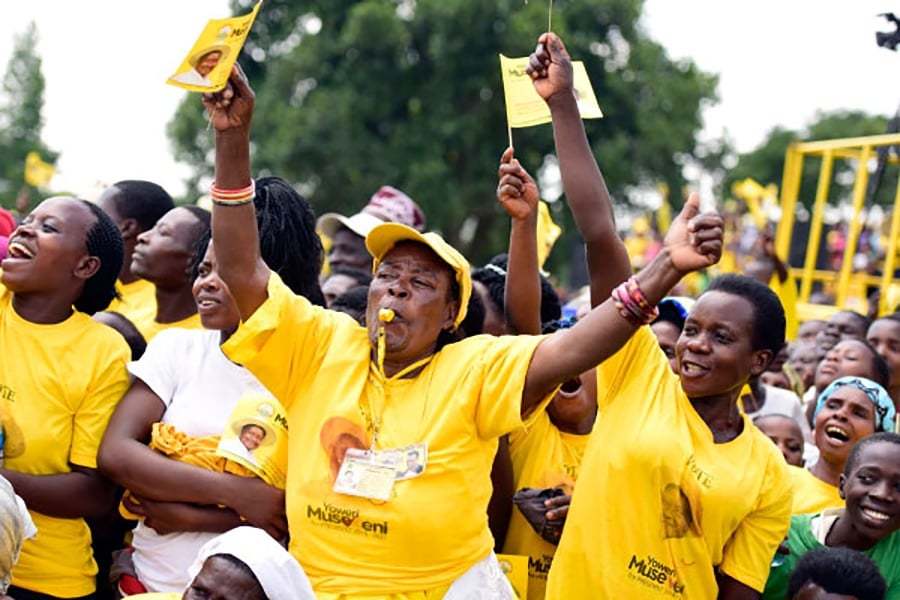 Willis Bashasha commended government on revenue collection, saying it has done well as a country. “We have been able to manage inflation to a single digit. We have seen a robust improvement in our infrastructure, water and electricity sector.”

While Godber Tumushabe congratulated the NRM government on trying as much as possible to keep the promise of bringing about fundamental change sighting good security and stability, which he put at 70%. He also admitted that criminal elements can not be completely eliminated.

Asked how he score score NRM on democracy, Bashasaha put his score 8/10 and he defends his score, “The frameworks that have been introduced in terms of giving opportunities to Ugandans to choose their leaders must be appreciate.”

It cannot be ignored that with the construction of the several hydro power dams including Karuma HPP(600MW , Isimba HPP(183MW) among others, this will mean industrial development hence attracting more investors as Bashasha explains.

The President highlighted several other achievements including empowering the youth, improving infrastructure, improving regional and international corporation, growth and development, improved water and sanitation, lands housing and urban development and the fight against corruption. But with the ever growing trend with increases cases of corruption in almost every public office in Uganda, and creating the anti corruption unit, could this be the final anti dote against the vice, will an end of corruption in the country be another achievement the NRM will confidently boast about?

Uganda Civil Aviation Authority's  move to revitalise the ban on taking of videos , photos at Entebbe Airport has attracted...

By Sam Evidence Orikunda I watched the address of the holy father  Pope Francis to the government officials, Civil society...

The Vice President, Maj. (RTD) Jessica Alupo has called for emphasis on ideological orientation for Uganda to achieve middle-income status....

The Speaker of Parliament Anita Annet Among has written to the Finance ministry to ask for a detailed report on...