Activists call for increased self awareness, protection to curb gender based violence

by Ddumba Lawrence
in Health, News

The program manager for women and natural resources at Care International, Kandole Annet Balewa is calling for increased awareness and protection of vulnerable Ugandans against acts of violence as the only way the country will be able to curb acts of gender based violence.

Speaking at the event to mark the end of the 16 days of activism against acts of violence, Kandole said, many people mostly in rural communities have little information on policies that should protect them from GBV. 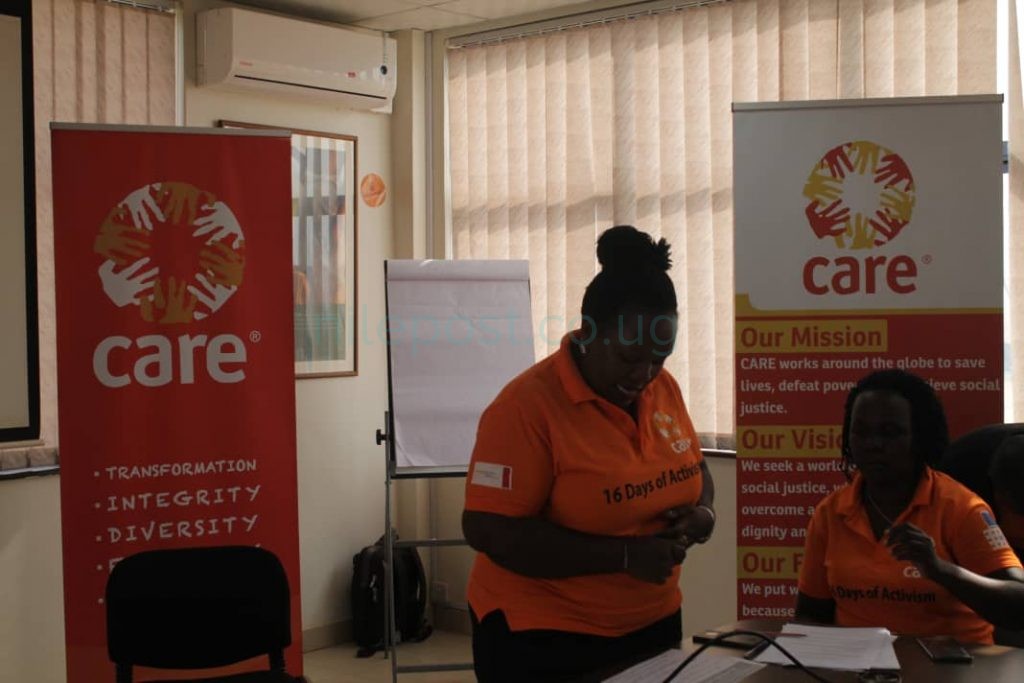 However, Cinderella Akena, a specialist in men and women and Jeniffer Taka from Care both condemn the continued acts of violence mainly sexual against women and girls at work and in schools saying they affect their productivity.

Now activists are reminding government to come up with better and more stringent policies to curb acts of violence against the vulnerable communities in Uganda, saying if such acts continue to manifest, this in the long run will greatly affect the country’s development.

Members of the public facing any form of gender-based violence and against children to always speak out but also report...

Opinion: COVID-19 is here for a long time, train teachers in e-learning processes

Police officers undergo training in prevention of gender based violence