Opinion: I Debated Andrew Mwenda, And We Both Lost

Opinion: I Debated Andrew Mwenda, And We Both Lost 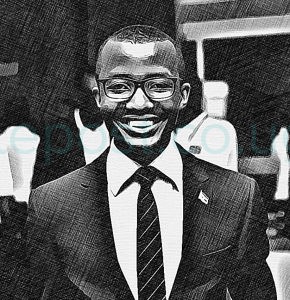 I was tasked to debate Andrew Mwenda by the Debate Union of Uganda’s Oldest University – Makerere.

The debate would center around the heavily contested and yet little debated tax on social media. I’m still not sure whether it was by commission or omission but the organizers felt it right to leave out the mobile money tax.

It was fixed for Thursday at 2pm but owing to other factors, it didn’t take off until 3pm. I was in the room by 1:45pm nevertheless because time keeping, like all small factors of development, is a virtue.

My debate stance, from the onset of my challenge to the tax, would be about the tax’s offence to basic freedoms of expression. My opponent – Mwenda – would take the stance of Uganda’s need to grow a local resource envelope to fund its development – even if that meant offending some basic freedoms, particularly that of expression.

There were other arguments in between about the regressive nature of the tax – which we both agreed on, the dysfunctional nature of its implementation and the ability of the tax to actually contribute substantially to the robust development agenda of the current administration of Museveni.

But it is the primary stances that I want to concentrate on in this column.

Andrew argues that unhappiness, frustration, anger and anxiety are a direct result of rapid economic development. That, public insurrections and uprising may not necessarily be an indicator of failure by the state but rather improved economic conditions.

By implication, Andrew argues that our protest to this tax on the streets is, not that we find the tax regressive but that we are frustrated and angry that development is all around us.

This is, of course, wrong. It is a false dichotomy.

It also, because of the presentation of two right facts, arrives at a wrong conclusion that, if not probed can lead to a misinterpretation of debate.

There is no arguing in the solid fact that the current administration has presided over the largest, robust and in-depth development of this country since independence. From reducing poverty, to increasing life expectancy, to growing public infrastructure and building a human capital, the NRM administration, led mostly –  if not wholly –  by Museveni has performed well.

There is also no arguing in the solid fact that social discontent with the NRM is currently at its peak. The party has lost ground in many of its former strongholds, disenfranchised majority voters from the electoral process, increased the taxation on small and medium enterprises where majority of the population trades and has had for the last ten years the highest numbers of social uprisings in form of protests, riots and to a minimal extent violent challenges bordering on civil war.

So with both facts stated, it is the conclusion drawn, that public satisfaction is not achievable in tandem with development that I principally want to disagree with.

There are two ways to look at it; is the economic development and growth inclusive enough to satisfy a majority of the population? And does the current trend of economic growth guarantee a more economically free citizen capable of independent decision – which in the long run guarantees satisfaction?

That, for me, is the debate Andrew and I should have now.