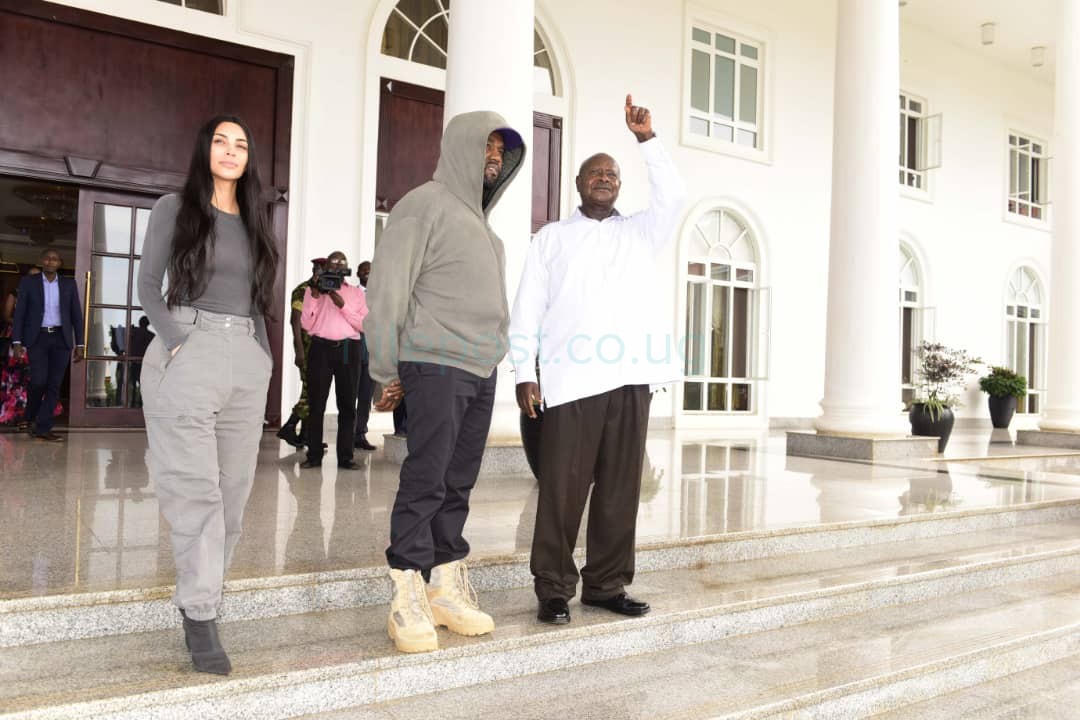 Museveni and the celebrity couple talked about tourism and arts. The president called upon Ye and wife to help support the countries tourism industry.

They would later chat about Music and politics. It should be noted that Museveni has himself tried rapping and the fruits of his studio work were all embedded in the song; You want another rap, which he used during the 2016 campaigns. 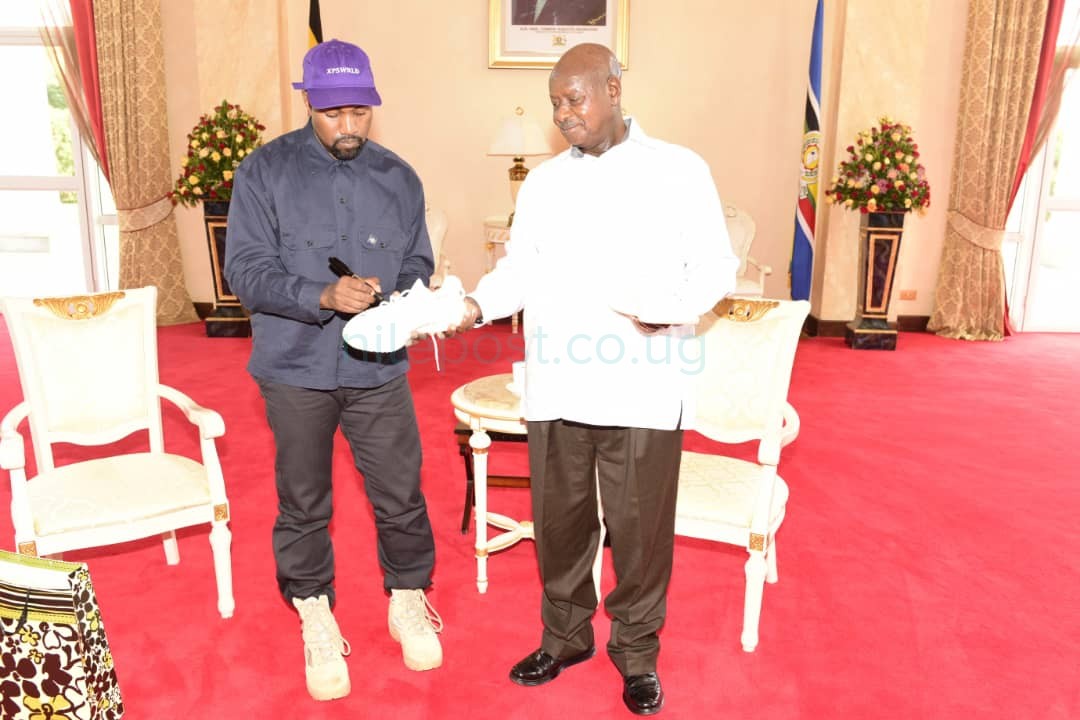 Ye presented a gift of his label white sneakers- Yeezy, to Museveni while the latter also gave Ye and wife books “Uganda Gifted by Nature” with pictorials about Uganda’s tourism and natural resources.

Museveni also gifted socialite Kardashian and Rapper Ye with his political lyrics as carried in his sowing the mustard seed book.

It is not yet time to celebrate, says Museveni as URA marks 30 years