Godber: Why I did not attend launch of Nyerere centre 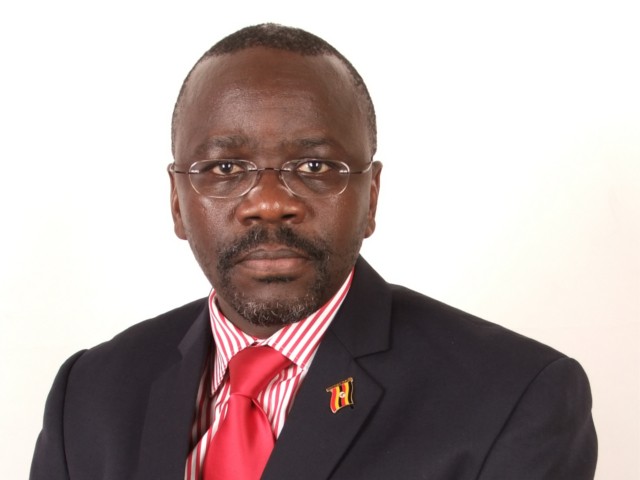 My name is Godber Tumushabe. Thank you very much for your invitation to the launch of Julius Nyerere Leadership Centre schedule.

I followed the invitation and regular updates to this event.

As a serious fan and student of Mwalimu Julius Kambarage Nyerere, I also mulled on the idea of attending the event.

I finally made a decision against attending mainly out of deep respect I have for Mwalimu considering the gentleman you invited as the chief guest at the event: President Museveni.

Until not so long a go, I was also a fan of President Museveni given his leadership and immense contribution to Uganda and Africa.

When as a graduate student I campaigned for Mr. Museveni in the 1996 presidential elections, I saw in Mr. Museveni a new Mwalimu or a true Mandiba. Because of Mr. Museveni’s recent actions:

i) dismantling our Nation’s constitution to cling to power;
ii) attacking our Nation’s legislature;
iii) continuous attacks on our temple of justice;
iv) the killing of women and children at the Mumbere palace;
v) Failure to protect vulnerable Ugandans fighting to keep a hold on their lands like we have seen in the case of Apaa or Rwamutongathe.
vi) The killing of the spirit of citizenship, hard work and innovation by patronising especially the young people of our nation through handouts, etc

I can no longer say that my relationship with President Museveni is any longer that of a fan but rather that of a citizen and his president.

Consequently, with a few reservation, today I see Mr. Museveni as the antithesis of Mr. Nyerere. I reflect on this situation with a great deal of pain because I still want to be Mr. Museveni to be our Mwalimu or our Mandiba.

I must saw that I am conscious that sometimes leaders like our president may sometimes need to be massaged to help them see their greatness in the building of institutions and securing their legacy in the future.

However, we must also always be conscious about the need to protect those whose names and legacy we seek to celebrate.

But and therefore not qualified to preside over the launching of “monument” in honour and memory of this great leader. Why do I saw this:

1) While Mwalimu built and bequeathed a united Republic of Tanzania, President Museveni is bequeathing our generation a divided nation – increasingly getting divided along ethnic, religious, demographic and economic lines.

2) Unlike Mwalimu who sought to build a Nation of Citizens, Mr. Museveni has spent the last 30+ of his years building a Nation of Subjects. Old men and women acting on the mercy of the dear leader while young and energetic Ugandans are held hostage by a culture of patronage not epitmozed in the Bazukulu analogy.

3) Mwalimu pursued a legacy of building a socialist country where there was equality and equity. When he recognised that his economic policies would not deliver an economically prosperous Tanzania, He gracefully retired and left fond memories among Tanzania – including among my own peers who fondly remind me of “Mwalimu” whenever we meet in conferences.

4) Mwalimu embodied the truth. And when he chose to quit the presidency and so, you could count on his word. In the case of our President, he told his colleagues and Ugandans in 2001 that he was seeking election for his last term. He put his commitment in writing in his 2001 election manifesto and then reproduced it on the outside back cover of the same manifesto. Growing up in a deeply adventist family, we were taught never to lie. Lying was at best punishable with corporal punishment but we new that at worst, it was punishable by the wrath of God. Now, it is one think to tell a lie (or let me say be economical with the truth), but to put a lie in writing is to take lying to another level.

In our criminal law class at Law School, one quote we profoundly quoted from Mwalimu that epitomised his deep belief in justice went as follows: you would rather let 100 criminals go free if the in the process of convicting them included the conviction of one innocent man.

I must confess that these days, I am astounded by President Museveni being the advocate of eliminating the presumption of innocence, denying bail to suspects, and joining the chorus of his government officials calling sections of Ugandans hooligans, goons and all sorts of name calling.

I can go on and on and on! However, we deep respect for our President, I want to submit to you that Museveni is not Mwalimu.

I am also deeply conflicted holding this view and attending an event in honour of a great man at an event that is supposed to be the epitome of learning and yet presided over by another would be great man who is consciously and actively dismantling his legacy and in the process driving a country deep into a political logjam and an inter-generational gridlock.

Let me confess that I have invested the most quality time of my career over the last decade to make small contributions to ensure that President Museveni retires peacefully and in a dignified manner.

He or no one has asked me to do this. But I hold this cause with great value because I believe that Museveni can still be our Mwalimu.

That he can still be our Mandiba.

However, I am increasingly tempted to believe that undeserving honour and praise singing of our leaders may be one of the reasons why Africa’s strongmen look at Africans as helpless people who desire to be ruled than being led.

Finally, I take this opportunity to thank you and UMI for the honour your are giving to my hero Mwalimu by establishing the JNLC.

I hope this effort goes a long way to building more statesmen and less strongmen on our continent.

Of course, I am conscious that there are many ways we can acknowledge the contributions of our rulers including President Museveni.

I strongly believe that as academic institutions of higher learning, we must set and project a standard that is beyond reproach when it comes to honouring the great men and women who have left an enduring legacy on the continent.

And when possible, please convey my message to President Museveni. That many of us, Ugandans of my generation wish him well.

We want him to end well.

The author is a social and political analyst.

President Yoweri Museveni who is also the NRM National Chairman has warned the newly elected party Members of Parliament against...

Often confused with Sickle Cells, Haemophilia is much rarer and deadlier

How to stroke your woman’s ‘thingy’ for maximum pleasure (R18)