Fintech flourishes in Uganda as regulation remains hands-off for now

Fintech flourishes in Uganda as regulation remains hands-off for now 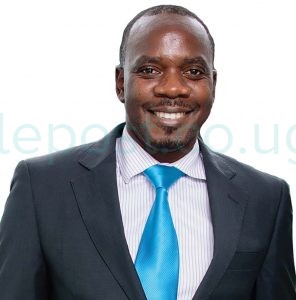 Financial technology is flourishing in Uganda, thanks partly to the enormous popularity of mobile money and payment systems and partly to the hands-off approach of the country’s regulators.

Although regulation does exist, it applies only to certain areas of the fintech market and even in those areas, it tends to be loosely applied.

For example, mobile money guidelines were introduced in Uganda in 2013 but are not binding.

What’s more, these (non-binding) guidelines apply to some players in the mobile money space but not to others. Those who provide digital wallets are not affected.

On the other hand, those who provide the platforms for these services are.

Cryptocurrencies are completely unregulated and the Bank of Uganda has issued a warning that anyone trading or investing in cryptocurrency does so at his or her own risk.

There has yet to be an ICO in Uganda but, given the enthusiasm for fintech among younger generations especially, it is probably only a matter of time before that milestone is reached.

Why regulation is so erratic

The regulators themselves have given several reasons for the rather erratic state of fintech regulation in Uganda.

One is the challenge of where to assign regulatory responsibility given that fintech lies at the intersection of financial services and telecommunications.

So far, both the Uganda Communications Commission and the financial regulators, the Bank of Uganda and the Capital Markets Authority, have declined to take a position on whose responsibility fintech regulation should be.

Other reasons given are that fintech innovation is happening so fast that regulators cannot keep up and have gaps in their knowledge, especially about ICOs, making it difficult for them to influence policy.

In other words, they cannot regulate what they neither know nor understand. Hence, the regulators’ stance is to encourage self-regulation among cryptocurrency start-ups.

Furthermore, in an effort to improve their knowledge of cryptocurrencies, they are advocating increased private-public collaboration, which could be beneficial for private companies too as it gives them the opportunity to influence fintech policy-making.

Despite the current patchy state of regulation in Uganda, regulators are not letting the fintech sector have the market entirely its own way.

It is true that fintech companies have had considerable freedom to innovate and experiment – and have been doing so enthusiastically: at the last account, approximately 70 fintech companies were operating in Uganda.

Mobile money services are still by far the strongest market segment, used by up to 80% of the population.

However, data breaches and a substantial amount of fintech-related fraud have occurred and, in the absence of binding regulation, the consumers who burnt their fingers have had no recourse.

Uganda’s regulators and lawmakers appear to be worried about this state of affairs, which explains why consumer protection, data privacy and anti-money laundering laws are looming large on their agendas.

Up to now, there have been no legal restrictions on the use and disclosure of personal and private data in Uganda.

This glaring gap will be plugged once the Data Protection and Privacy Bill of 2015 is enacted. Just when that might be is not known at this stage, however.

Another upcoming piece of legislation is the National Payment Systems Bill, meant to address the challenges of regulating electronic payment systems such as mobile money, as well as e-commerce transactions in general.

However, the Bill has not yet been presented in Parliament and it is not clear when this will take place, leaving the status quo intact for the time being.

The best course of action

Probably the most sensible approach to fintech regulation in Uganda would be to have sector-specific rather than generic regulations, for instance electronic money payment regulations on payment systems such as mobile money and digital wallets, consumer protection regulations, privacy and data security regulations.

It will also be important to ensure there is comprehensive public consultation on any new regulations, not only to bridge the knowledge gap but also to consider the strong consumer support for the convenience and inclusiveness of fintech.

Fintech is hugely popular among young Ugandans and any curbs could meet with resistance, which happened when Government introduced the 1% social media tax, including tax on mobile money transactions.

The mobile money tax was introduced in April 2018 but, after a public outcry, was reduced to 0.5% in July 2018 and now applies only to cash withdrawals and not to mobile money deposits or transfers.

Public sentiment among young Ugandans particularly seems to be on the side of innovation – a lesson that will not be lost on the regulators in mapping the way forward for fintech in Uganda.

The author is a partner at Bowmans Uganda

‘Candle in the Wind’ Diana Lyrics Head for Auction

'Candle in the Wind' Diana Lyrics Head for Auction