The final game of the FISU World University Netball Championships was a tightly contested encounter. 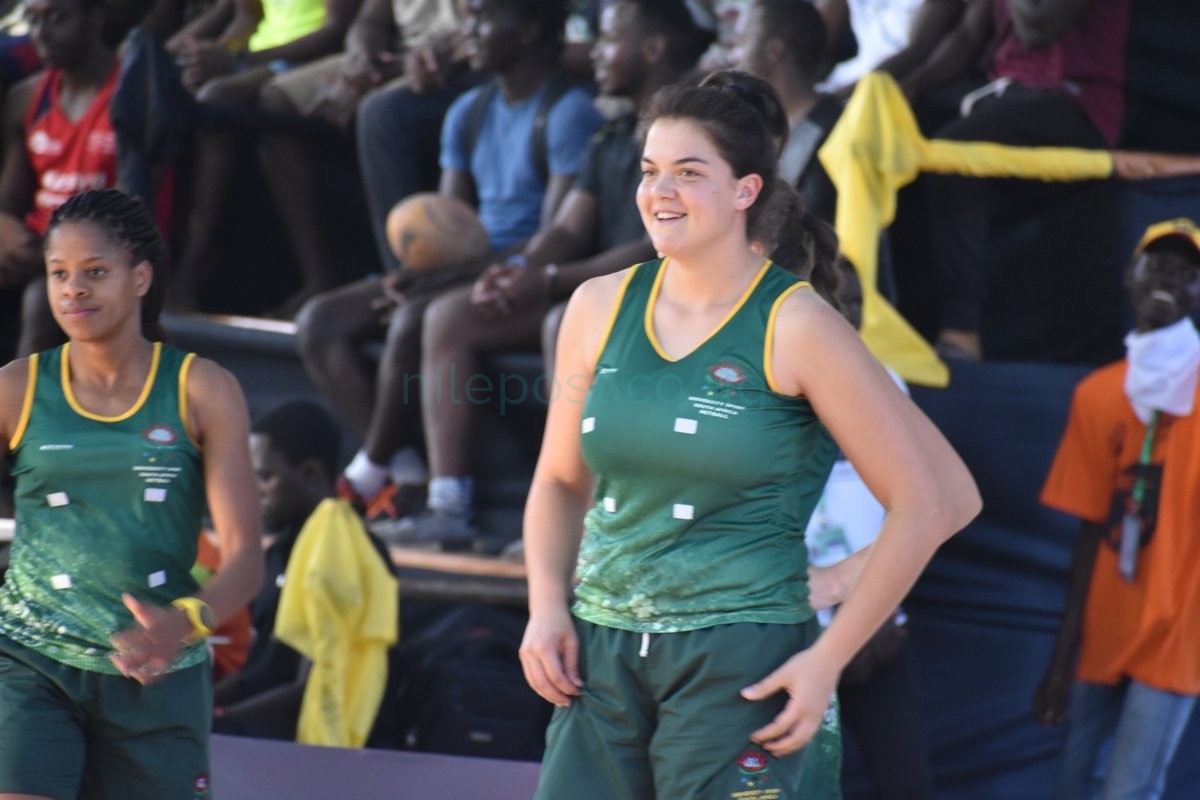 South Africa led until the first two quarters but the hosts picked themselves up to give chase towards the end of the third quarter.

Uganda’s goal shooter Mary Nuba was closely monitored but would sink the ball in at a very opportunity, to cheers from home crowd.

The home cheers however were always interrupted as   South Africa’s goal shooter kept pulling them back. One goal separated them for the most part of the game.

The final three minutes were frantic. Goals rained either end but by the time of ampire called the game over, the hosts were leading by a goal, 44-43. This was how it came to be that Uganda won her maiden title.

The awards ceremony was a lonely event for losing finalists and a party for the host.

The emotions did not end in podium, as America’s Amara could not hold her tears back. “It was by the grace of God that we won this championship since South Africa is not easy team,” said Nuba.

Singapore finished third at the championship that attracted seven countries. Other countries include; Zimbabwe, Sri Lanka, Kenya and USA.