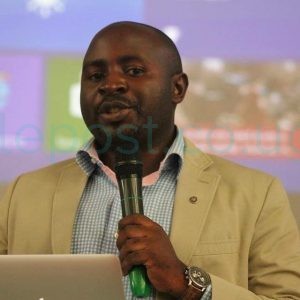 I send you warm greetings from my home in Kira Municipality, which is under 20kms from your opulent office. Since the reading of the national budget in June, I haven’t heard much from you. I hope you are in perfect health and not on Katebe. I am not sure what you spend your working hours doing these days but you need to urgently show cause why you are still our lovely minister of finance, planning and economic development.

It takes me on average two hours to drive from Kira Municipality to the centre of town for meetings. This is a distance of less than 20kms. With due respect sir, this is unacceptable. I say two hours because I know how lucky I am that I can still afford (with a lot of difficulty though) to fuel my car at Shs4300 per a litre to drive to Kampala. I think my colleagues who use public transport lose many more hours.

I am not only worried about the time by the way. I am concerned about the gases from the 20-year old cars that I inhale while in traffic. I have a six-year-old daughter that I drop to school along the way. I think she qualifies to be your Muzukkulu. Imagine what she is growing up inhaling. Are you bothered that this Muzukkulu’s health is in danger? I am not very worried myself because at least at under 40 years of age, I have had a chance to live a bit. This Muzukkulu is just six years old! She has her aspirations. The other day, she told me that her friends think that she can be a greater singer like Sheba! Can you imagine if we deny her that opportunity?

If you aren’t concerned about this, I hope you have read an executive summary of the World Bank Report on the role of government in the development of Greater Kampala, an area that is approximately 970 square kilometres. I will summarise the executive summary for you. I know you can be very busy planning for us.

The report says that Kampala currently accounts for 10% of the country’s population, a third of the gross domestic product (GDP) and hosts 46% of all formal employment in the country. More than 80% of the people who live and work in Kampala walk to work. The KCCA has reported that minivans that transport 82% of those who can afford transport account for only 21% of the trips made on Kampala roads. Private vehicles and boda boda, which account for 9% each of the traveling population in the city account for just 37% and 42% respectively of the daily trips made in Kampala.

Don’t get me wrong Hon. Minister, this isn’t an indicator of development. People drive their cars or use boda bodas because there is no public transport system that is worth the ink of this letter. As Minister of Finance I hope you will note that 24,000 man-hours a day are lost by commuters to traffic jams —that’s an estimate by KCCA. The World Bank report that I talked about says that the country loses USD800 million every year because of traffic jams in Kampala. In four years, this figure raises to USD3.2 billion, which is equivalent to about 10% of the country’s GDP. If you still want the Bazukkulu to increase their incomes, you need to do something. Maybe do it for the sake of your boss by introducing an effective rapid mass transport system in Kampala.

I am sure you travel a lot and maybe you have seen public transport systems that work. May I suggest that your next trip should be to Addis Ababa or Dar es Salam? These cities, which are about two hours away from Kampala, are investing in rapid mass transit public transport systems. Those countries don’t even have as much oil as we do. If they can afford them, why not us? I don’t think you even need to use any public money to do this anyway. Look for investors and give them the right incentives to operate in the city.

Thank you for accepting to read my letter because I know your handlers managed to place it to your desk. They suffer too because they have no lead cars with sharp shooters to open traffic for them. If you can’t do this project for me and your Muzukkulu, at least do it for them. You know how much they earn.

The writer is a communication and visibility consultant. [email protected]

The government will take over the rapid tests for incoming travelers landing at Entebbe International Airport effective next week, a...