Stop the blackmail, Bobi Wine can also ask for help to change a bad regime like you once did

Since the day #HEBobiWine addressed international media together with Barrister Robert Amsterdam and with information coming in that he is going to,address #USACongress, the Ugandan regime propagandist started sustained campaign of blackmail, branding him an agent of foreigner powers and some associated groups.

They forget that there has not been a gov’t that has come to power in Africa without a foreign hand. And for the record there has not been a gov’t so heavily supported and sustained in power like #NRMRegime. During the bush war which the western powers heavily sponsored against the socialist aligned Obote, Mr. William Pike, a CIA agent was attached to the #NRM/A rebel outfit as the main handler, strategist, agent and link. When they came to power , foreigners continued supporting and sustaining the regime even when Ugandans were crying of brutal treatment, pervasive public funds theft and gross abuse of human rights. 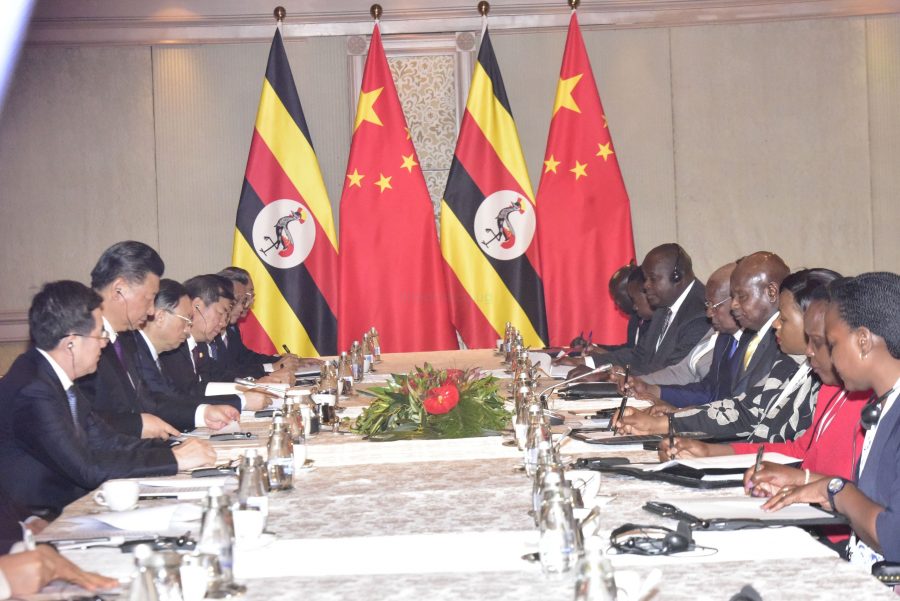 They used the regime they’d brought to evade and overthrow government around the region and in some instances fighting their wars. Sudan got divided using foreign agents who now posture as #PanAfricanist and yet are only agents of what they call imperialist efforts.

Therefore, since what is good for the goose must be good for the ganda, i find it erroneous, contemptuous, double standard and silly to use the stupid propaganda against a young man whose background history and family lineage are known and can be traced unlike some people insulting and blackmailing him.

Fact be told, in all our years of struggle, the dev’t partners were stuck with Mr. M7. But evidence now show otherwise and this is the source of their fear. They no longer favor him b’se their intelligence networks have briefed them of his loss of support and trust amongst Ugandans. For this achievement, we shall not apologise.

Mr. M7’s source of power have along been #TheForeignHand and #ArmedForce. For the armed forces, apart from the privileged few, we share the same suffering but the only difference is that for them their actions are a product of command but they understand our suffering b’se many are our brethrens.

The dev’t partners wanted a person they would trust, because naturally they also,have interests here just like we have interests in their countries. And if they are trusting #BobiWine, why must we apologise.

The 2 power centers were being watered by violence, deception & bribery, all of which seem to be falling apart & we are prepared to help the unkind regime completely out peacefully and constitutionally.

All these are not a making of #HEBobiWine. With or without #Bobiwine, as long as these conditions exist, the struggle will continue.

Not Beti Kamya’s unfounded allegations of LGBT support, not Esther Mbayo ‘s allegations of foreign hand or Ofwono Opondo’s CSO support will divert the youth from doing this.

FOR GOD AND MY COUNTRY

Bob Wine: “We shall not allow Museveni to build an empire using national wealth”

Big Interview: “I shall not be compromised by the state,” says Nkunyingi

Bobi Wine: “Gen Katumba’s attempted murder should be a warning that no one is safe”

FULL LIST: Here are the new NUP leaders in Parliament