Why Uganda is a terrorist state not People Power 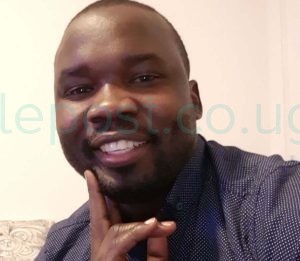 After keenly following the responses of the various state actors in the Arua Municipality by-election saga, Uganda is summarily run by terrorists. There is no need to point fingers at ordinary unarmed crusaders of change – People Power.

It is absurd that Uganda is setting a precedence of justifying g torture as a democratic way of administering rule of law.

The evidences are clear that a walking (MP) Robert Kyagulanyi aka Bobi Wine, Francis Zaake (MP) and the women bleeding from their private parts ended up in hospitals not because of malaria but inflicted pain and injuries orchestrated by custodians of peace.

As the fountain of honor, I was dismayed that President Yoweri Museveni, chose in his letter to the Speaker of the Parliament, to brand his unarmed citizens (the Court Martial proved that) as terrorists and praised the ‘real terrorists’.

In whatever case may be torture, is jus cogen (prohibited in all situations) and cannot be derogated by any state or authority to extract information, even in of state of emergency and war.

The NRM government under the same leader ratified the Convention against Torture and Other Cruel, Inhuman or Degrading Treatment or Punishment on November 3, 1986, now it turned its institutions into torture chambers and servants as torture agents, 32 years down the road.

The UN established Special Tribunal for Lebanon in 2011 identified three elements that must exist in order to define a terrorist’s act or who a lone terrorist is.

Going with these elements, the Tribunal drew from state practices and opinio juris (scholars), summarily government of Uganda as a terrorist group not the People Power or opposition.

The Tribunal identified that in order to establish an act of terrorism, the first element that states, “the perpetration of a criminal act “such as murder, kidnapping, hostage-taking, arson and so on)” including torture or threatening such an act, must exist. For example, Bobi Wine’s driver was murdered, Bobi Wine was kidnapped and tortured by the SFC (military) which are all criminal acts.

The second element also qualifies the NRM as a terrorist government, “the intent to spread fear among the population (which would generally entail the creation of public danger) or directly or indirectly coerce a national or international authority to take some action, or to refrain from taking it.” The random beating, shooting live bullets, tear gas, torture and tense mini-looking military presence on the streets are aimed at spreading fear that anyone who tries to exercise his right to demonstrate or express his opinion would not be spared. We have witnessed that the government officials of accusing the media of fanning insecurity, demonstration and journalists being whipped before glaring cameras and in front of the ordinary peasant and children.

The last element states that; “when the act involves a transnational element.” For the first time, the arrest of the MPs and other ordinary people provoked a demonstration in Kenya. The Kenyans are not Ugandans. Meanwhile, Ugandans in diaspora hit the streets demanding the release or produce Bobi Wine and others before court. This was no longer a Ugandan affair but had an international effect.

With that all, the government of Uganda should simply accept that it acted outside its own laws and treaty obligations, issue apology and compensate the victims regardless of any court proceedings.

Arrogance of the government should stop. The more you struggle to defend your image from your own wrongful acts, the more you draw attentions from all actors.

Torture is a crime against humanity and it has a universal jurisdiction. It doesn’t matter who you are and where the crime occurred. For example, the former president of Chilli Pinochet was arrested and prosecuted in the UK for torturing his own citizen. Adolf Eichmann, one of the architects of the Holocausts in the NAZI Germany was tried in Israel because of his role. Charles Taylor was arrested in Nigeria and locked for 50 years for his role in the Serra Leone civil war.

With the COVID-19 cases significantly dropping in the United States of America (USA), the Ugandan associations have kickstarted their campaigns...