This was revealed by the 1st Deputy Prime Minister Rt. Hon. Gen. Moses Ali while presiding over the workshop today at the UMSC Headquarters Old Kampala.

He thanked the UMSC Halaal Directorate for organising the workshop and inviting him.

He urged all people and institutions involved in the animal and food industry to respect the rights of animals, noting that mistreating them is un-Godly and illegal.

“Those involved in mishandling animals should be arrested and taken to court” Gen. Ali said.

Speaking during the same workshop, the Minister of Agriculture, Animal Husbandry and Fisheries Hon. Joy Kabatsi she was grateful to be part of a new era of public private partnership between government of Uganda and UMSC. 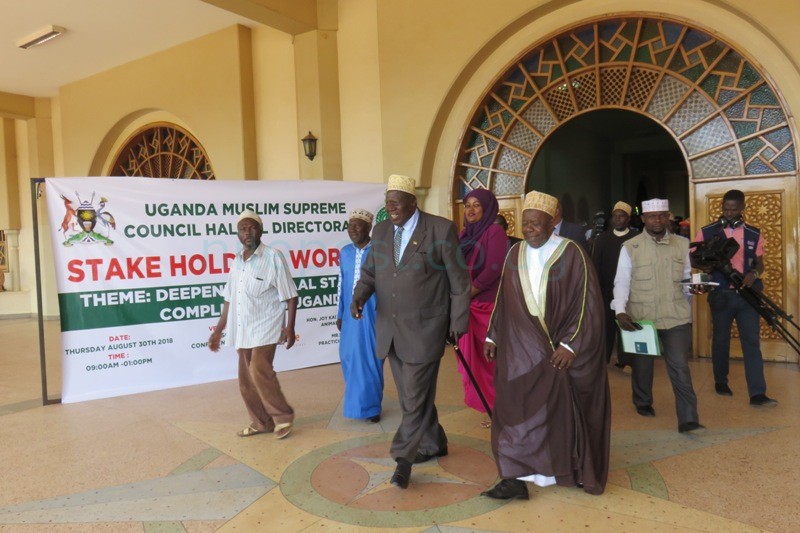 She expressed dissatisfaction with the mode of transporting cows noting that some times they are transported in car-boots.

“We cannot eat good meat when the cows are being mishandled because they reach here very stressed” she noting that Halaal meat is safe meet.

She revealed that there is growing market for Halaal meat in Saudi Arabia and other countries and pledged to work closely with the UMSC Halaal Directorate to ensure that the meat exported is Halaal meat.

“Let us keep working together because this is very important for my sector, for this country, internationally and the market of beef” Hon. Kabatsi said.

Speaking on behalf of His Eminence the Mufti of Uganda Shk. Shaban Ramadhan Mubaje, the UMSC Director of Sharia Shk. Yahaya Ibrahim Kakungulu thanked the government for recognising the right of Muslims to slaughter animals.

“In Islam, slaughtering in part of Ibaada (worship)” he said.

To the Muslims, Shk. Kakungulu appealed to them to keep personal interest out of the Halaal issues.

“If we abuse the institution of Halaal, we risk losing it”

Why Bobi Wine can be president and what his critics miss