The Speaker of Parliament, Rebeca Kadaga has written to President Museveni asking him to punish security officers especially the military who participated in the alleged torture of Members of Parliament, journalists and civilians during and after the Arua Municipality by-election chaos.

Following chaos that allegedly culminated into the stoning of President Museveni’s convoy in Arua two weeks ago, over 30 people including MPs Robert Kyagulanyi, Gerald Karuhanga, Paul Mwiru and Kassiano Wadri among others were arrested by security agencies that included the police and soldiers from the Special Forces Command, an elite unit charge with the duty of protecting the president and the first family members.

The arrested people who were limping when they made their first public appearance later came out to claim that they had been tortured during the arrest and detention by security agencies. 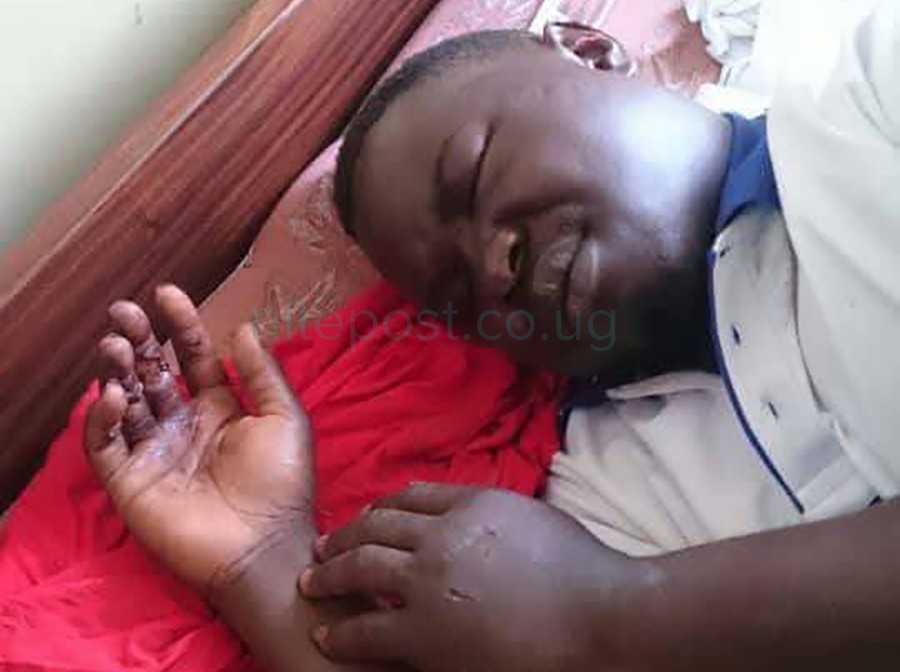 Another MP, Francis Zaake has since been admitted with wounds on his fingers whereas his other body parts were injured during the arrest.

However, in an August 27 letter to Museveni , Kadaga says she is constrained to address him about the ‘sad’ events on August 13 that saw a number of people assaulted and tortured during and after their arrest by security agencies.

“Your excellency, I am concerned that no effort has been made to arrest the security officers from SFC, military police and Uganda Police Force who were involved in the violent actions against unarmed civilians,”Kadaga says in the letter also copied to the Vice President, Deputy Speaker of Parliament and the Prime Minister.

“This conduct is in breach of the Prevention and Prohibition of the Torture Act 2012 in force in Uganda, especially section 2 1(a) and (b).”

Kadaga in the letter addressed as being urgent and needs action to be taken to arrest, arraign and try security officers involved says a number of people have presented visible torture marks on their bodies and she says no one has ever explained how they came about.

Following the arrest of Kyadondo East’s Bobi Wine a number of protests broke out in various parts of the country including the city centre prompting security forces including both the police and military to swing into action to quell the riots.

In one incident Reuters photo journalist James Akena was badly beaten by the military as he covered the protests and his efforts to put up his hands as a sign of surrendering proved futile as the military continued beating him.

He was later arrested together with other journalists including Ronald Ggaliwango, Juma Kirya( both NTV) and Alfred Ochwo from the Observer and detained at the Central Police Station in Kampala before being released without any charge.

Others who tested the brutality of the military included Herbert Zziwa , Ronald Muwanga ( both from NTV) and Julius Bakabaage and Kenneth Kaweesa (NBS).

According to Kadaga’s letter to Museveni, the culprits in the gruesome acts of brutalizing the members of the public have not been punished.

“This is therefore to demand that the officers concerned be apprehended at the earliest opportunity and presented in court.”

“Unless this is done, it will be difficult to conduct government business in parliament .The Uganda Parliament will not condone or acquiesce in acts of torture,” she adds.

Kadaga’s letter comes on the backdrop of the Chief of Defence Forces in the UPDF, Gen.David Muhoozi who last week promised to arrest and punish soldiers involved in brutalizing journalists during the #freeBobiWine protests in Kampala. 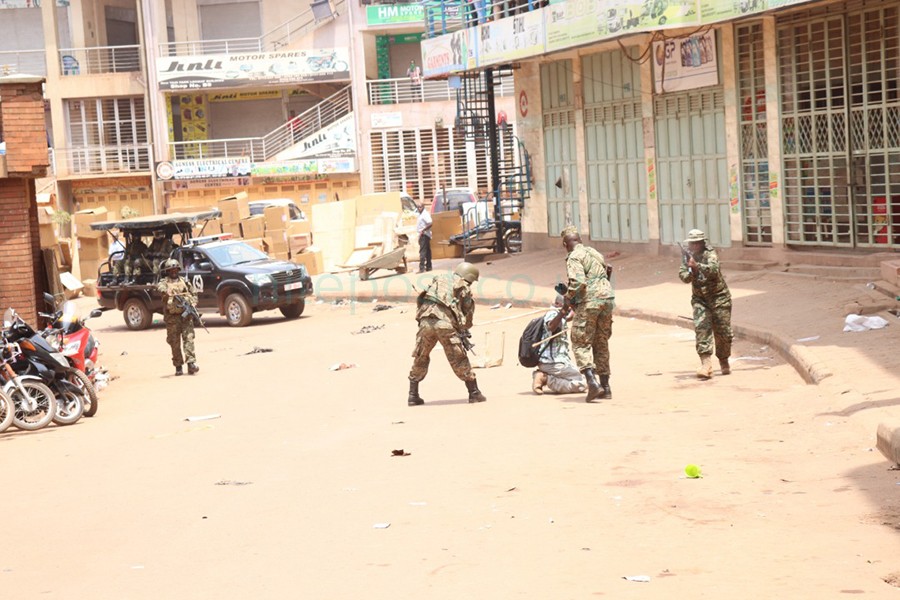 “UPDF wishes to express its displeasure over such behaviour by those individuals, and as a result, the Chief of Defence Forces (CDF) has ordered their arrest and punishment,” said in part the UPDF’s statement.

However, many people have come out to ask the army to punish the said soldiers by arraigning them in an open court to be attended by the victims (journalists) before punishments are given to them.

Museveni last week condemned the torture and brutalizing of journalists by members of security forces.

“I condemn, again, in the strongest terms the beating of journalists by elements of the Security forces. It is true that the journalists working for foreign interests or for our own local parasites tell lies, they do not do balanced reporting,”Museveni said in a August 22 missive.

On account of that you can block them because sometimes they interfere with the scene of crime. If they refuse, you arrest them and charge them with disobeying lawful command. Beating, however, is wrong because the Security forces do not have that power. People should not be beaten even as a punishment.”

This is the second time Kadaga is writing to the president over the conduct on the military towards Members of Parliament.

Last year, the speaker of parliament wrote to President Museveni asking him to explain the circumstances surrounding, and reasons for, the September 27 raid on Parliament by plain-clothed security operatives during the age limit debate.

“I have had the opportunity to view (closed-circuit television) camera footages of what transpired and noticed people in black suits and white shirts, who are not part of the parliamentary staff or the staff of the Sergeant-at-Arms, beating members. I am, therefore, seeking an explanation to the identity, mission and purpose of the unsolicited forces,” Kadaga said in her October 23 letter to the President.